‘If this was Surrey they would have been quicker’: Boris Johnson faces anger over flooding response with demands to call Cobra emergency meeting as Environment Secretary George Eustice insists government DOES have a ‘firm grip’ on crisis

Boris Johnson is today facing fury over the government’s response to the nation’s flooding crisis with the Prime Minister under growing pressure to call a Cobra emergency meeting.

Mr Johnson has been criticised for failing to visit flood-affected areas in person but Environment Secretary George Eustice this morning defended the PM’s absence.

Mr Eustice insisted the government has a ‘firm grip’ on the response to the flooding caused by Storm Dennis and said ‘I am leading on this’ amid a mounting backlash.

The Cabinet minister suggested Mr Johnson will visit areas of the country which are underwater in the future but was unable to say when as he said he is not in charge of the premier’s diary.

Mr Eustice also risked fury as he argued ministers will ‘never be able to protect every single property’ from flooding.

The government’s response to the deluge over the weekend has prompted fury from Labour with shadow culture secretary Tracy Brabin claiming ministers would have moved quicker if the flooding was in the south east of England. 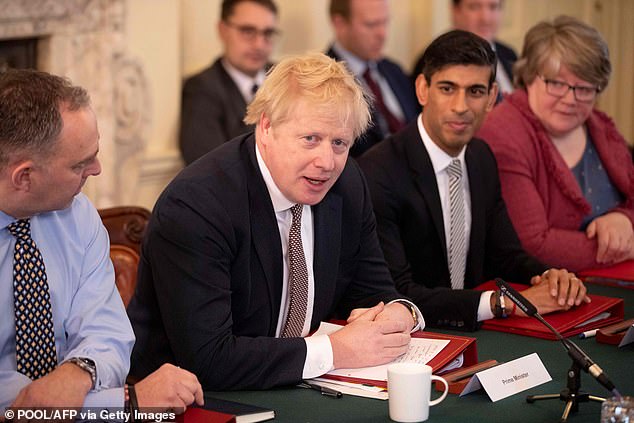 Boris Johnson, pictured meeting with his new Cabinet on Friday last week, is under pressure to call a Cobra meeting in response to the flooding crisis 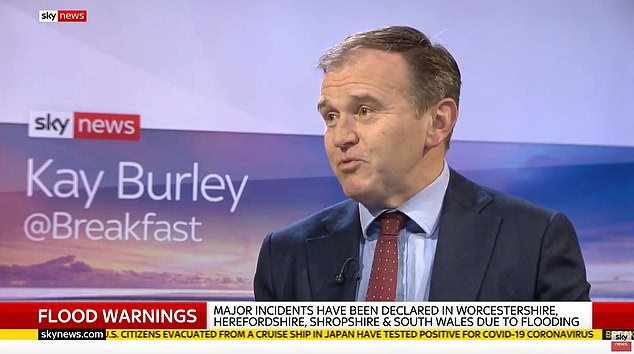 George Eustice, the Environment Secretary, said the government does have a ‘firm grip’ on the response to the deluge 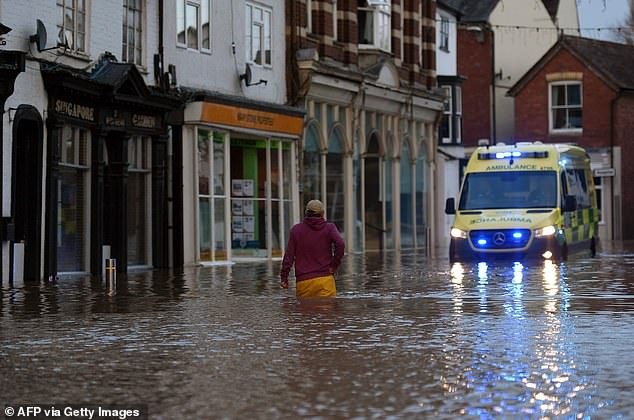 Hundreds of flood alerts remain in place after Storm Dennis battered the country as severe weather conditions saw winds of more than 90mph lash parts of the UK, while more than a month’s worth of rain fell in 48 hours in places.

Major incidents were declared due to flooding in South Wales as well as in Worcestershire and Herefordshire, while a record number of flood warnings and alerts were issued by the Environment Agency (EA).

Ms Brabin told the BBC’s Westminster Hour programme: ‘It seems this government is all promises and no action. If this was in Surrey or the south, we would have had swifter action.

‘Why hasn’t the government called Cobra? This is an absolute emergency. We need to see people round the table.’

But Mr Eustice today defended the government’s response as he also dismissed questions about why Mr Johnson had not responded personally to the flooding.

Asked why Mr Johnson had not followed the example of David Cameron who visited flooding victims when he was PM, Mr Eustice said: ‘I was there yesterday, I have been in Yorkshire, in fact the floods in Yorkshire are not as serious as had been expected because this water actually went further south than we originally expected.

‘We do have some concerns over the River Ouse and we are not out of the woods yet on that, we will have another couple of days to watch that.

‘The biggest problems at the moment are in the west country, in that catchment around the Severn.’

Told by Sky News that the question had been about Mr Johnson’s leadership and response to the flooding, Mr Eustice said: ‘When I was appointed by the Prime Minister one of the first things he mentioned was the floods. We discussed Storm Dennis as it was coming through.

‘The government has a firm grip on this and it is a very difficult situation. Widespread flood alerts but our flood defences are working as intended.’

Mr Eustice was told he was not answering the question and was asked why Mr Johnson had not moved to reassure flooding victims.

He replied: ‘I am out there reassuring people. I went up there yesterday on his behalf. He has been to these areas before, I am sure he will again.’ 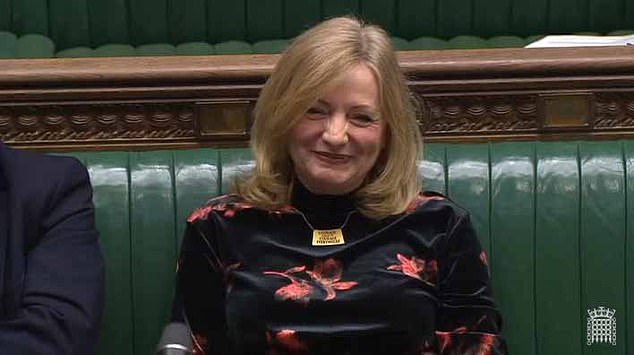 Tracy Brabin, Labour’s shadow culture secretary, suggested the government would have responded quicker to the flooding if it had affected the south east of England 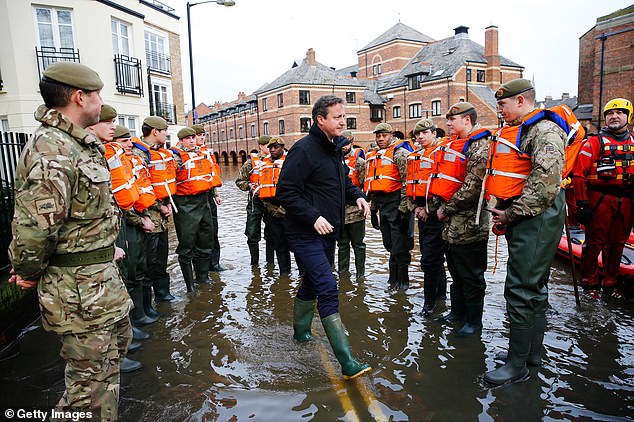 He also said the government could not protect every home in the UK from flooding.

‘It is the case when you have these events you will never be able to protect every single property but the investments we have made mean that we are able to protect a significant number,’ he said.

The UK has now faced storms two weekends in a row.

Army personnel were deployed over the weekend to assist people in parts of West Yorkshire which had already been badly hit by flooding during Storm Ciara.

Roads and railways were flooded on Sunday after the torrential downpours and high winds.

The government has activated the Bellwin scheme to provide financial assistance to storm-hit areas.