Boris Johnson orders ministers to tighten their belts as he launches a Whitehall savings drive after public finances have been hammered by coronavirus crisis and national debt continues to climb above £2.1trillion

Boris Johnson has launched a Whitehall savings drive as he looks to shore up the UK’s creaking public finances and learn the lessons from the coronavirus crisis.

The Prime Minister has fired the starting pistol on a cross-Government ‘savings and efficiency review’.

He has instructed all of his Cabinet ministers that they must take part, asking them to identify where their departments can save cash.

It comes after official statistics published last week laid bare the damage done by the pandemic to the UK’s finances as national debt continues to climb above £2.1trillion amid record borrowing. 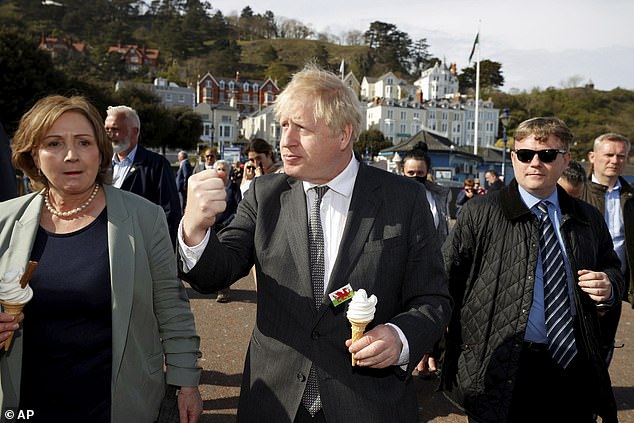 Boris Johnson, pictured in Llandudno in Wales yesterday, has launched a Whitehall savings drive as he looks to shore up the UK’s creaking public finances and learn the lessons from the coronavirus crisis

Mr Johnson set out his plans for the efficiency review this morning as he held his weekly Cabinet meeting.

The findings will feed into the official Spending Review which is due to take place later this year.

Downing Street said: ‘The Prime Minister highlighted that departments are being asked to take part in a savings and efficiency review ahead of the Spending Review later this year.

‘The purpose is to learn the lessons from the last year in how we can run services more efficiently and ensure that we focus our high levels of spending on our key priorities. This is a standard part of the Spending Review process.’

The Prime Minister’s Official Spokesman told reporters that departments are not being given targets as part of the savings drive.

The spokesman said: ‘There isn’t a specific amount being requested from departments.

‘But there is a letter that is being sent from the Prime Minister which has been sent to the Cabinet.’

The review comes after the Office for National Statistics revealed last week that public sector borrowing was more than £300billion in 2020/21, hitting a level not seen since the end of the Second World War. 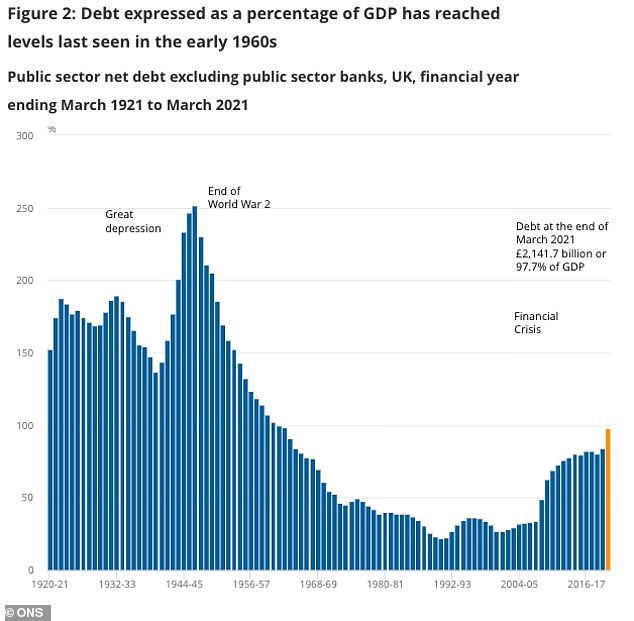 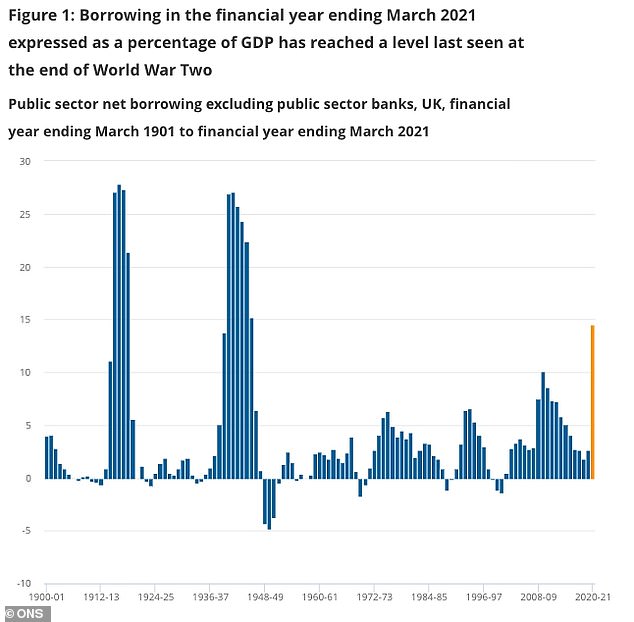 The net borrowing figure of £303.1billion is some £246.1billion more than was borrowed in the previous financial year.

It is the highest number recorded for any financial year since records began back in 1947.

Meanwhile, the data put the UK’s public sector debt at £2.141trillion at the end of March this year.

That equates to almost 98 per cent of UK gross domestic product, keeping debt at levels not seen since the early 1960s.