Boris Johnson roadmap: What could the PM announce on February 22?

BRITS are waiting with baited breath after Boris Johnson confirmed he would reveal his plan for exiting lockdown on February 22.

Speculation and rumours continue to fly -with reports suggesting the Prime Minister will scrap the 4-tier system after months in lockdown. But what is he expected to announce in nine days time? 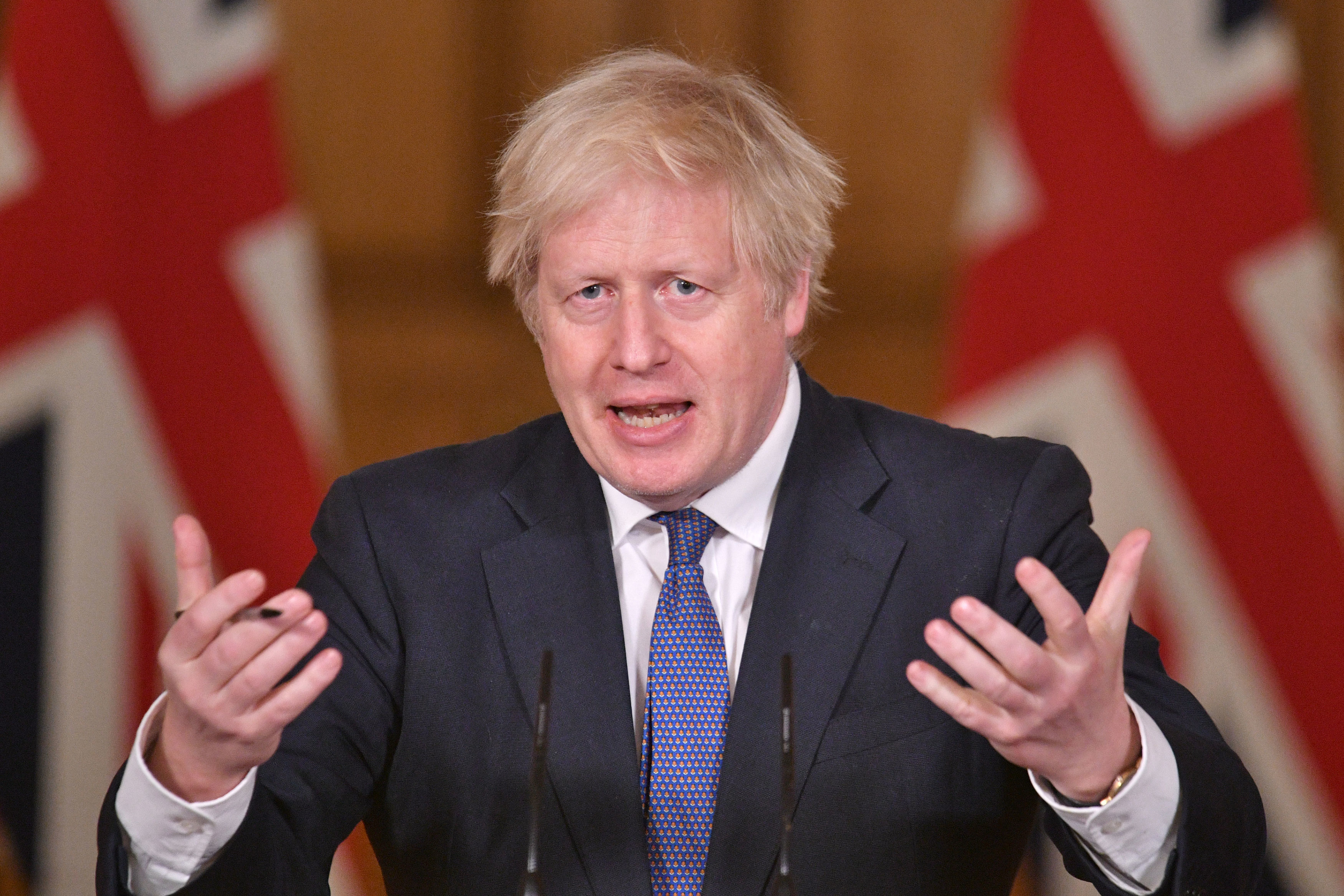 What could Boris Johnson announce in his roadmap out of lockdown?

Brits have been in lockdown since the start of January with the Prime Minister confirming he would be outlining the road map out of the strict rules later this month.

After falling below 1 on Friday for the first time since July, if the R rate for England remains low and Covid infections stay at an “acceptable level”, the PM is expected to green light an easing of restrictions, including:

The PM is rumoured to have been persuaded to axe the tier system.

Many experts believe the unpopular 4 tier system did little to prevent the spread of the virus, especially the Kent variant.

“The Government would like to do away with the tier system entirely,” the official said.

“The current plan is very much the three-stage approach, beginning with the reopening of schools, watching the R number, and if that remains low then non-essential shops will open.

“Then another short wait until hospitality businesses open.”

When will schools reopen?

The Prime Minister has made the reopening of education establishments a top priority for the easing of lockdown three.

Mr Johnson insisted schools will be the first to reopen as measures start to ease and has promised to give the sector two weeks’ notice for kids to get back to class.

The PM is now said to be considering a “big bang” approach where all pupils go back at the same time, after it was assumed age groups would be staggered for their return to class.

It is feared, however, the March 8 start date could be pushed back until infection rates are low enough across the board.

A senior Conservtaive told the i newspaper: “The Government now wants to open all schools in one big bang, which is why people believe the March 8 target is now at risk.”

When will gyms reopen?

At present there is no indiication or speculation as to when gyms and sports centres are likely to reopen.

The Prime Minister is expected to reveal more when he unveils his road map out of lockdown.

When will pubs and restaurant reopen?

The Sun has previously revealed pubs and restaurants will be able to serve outdoors in April if Covid cases continue to fall.

But with Covid cases hitting 4million on Friday (February 12, 2021) and the emergence of more infectious strains , advisers have cautioned against lifting lockdown too quickly.

In contrast, official scientific advisers have said it won't be until the start of May that numbers will be able to come down low enough to ease restrictions.

According to the Daily Mail a Whitehall source said: "This has to be done quite carefully because we want this to be the final lockdown. The last thing we want is to go into further restrictions."

When will shops reopen?

Early reports suggest retailers will be able to welcome back customers from next month.

However, the rumoured reopening of shops and non-essential businesses still remains unconfirmed – but more will be revealed when the PM unveils his road map on February 22, 2021.

Businesses that must close in England’s third lockdown

THE below list of businesses must shut during the lockdown:

All non-essential stores, such as homeware, clothes and toys shops, are currently closed under the shut down restrictions.

Only essential retailers are allowed to stay open, including supermarkets, newsagents and bike stores.

If infections are at an "acceptable level", the PM will give the green light for non-essential shops to open again towards the end of next month.

Retailers that have been forced to close have been pushed into operating online in order to stay afloat.

They are allowed to stay open for click and collect services though, although John Lewis stopped offering the service to encourage Brits to stay at home.

When will hotels open?

Hospitality businesses including hotels could open their doors again in England from the Easter weekend if the R rate remains low up to April 2.

It would mean the return of the staycation – although international travel would still likely be on hold.

It comes after Boris Johnson told reporters at the start of the month that "going down the tiers in a national way, might be better this time round, given that the disease is behaving much more nationally".

He added: "If you look at the way the new variant has taken off across the country, it's a pretty national phenomenon."

When can I go on holiday abroad?

There is currently no information on ewhether Brits will be able to go on holiday.

However, transport secretary Grant Shapps on Thursday advised Brits not to start planning and booking their summer holiday plans.

At present, all foreign travel abroad – expect for essential or business reasons -is deemed illegal.

When is Boris Johnson announcing his roadmap?

Boris Johnson will lay out his road map for lifting Covid restrictions on February 22.

Scientists said yesterday the official R rate is between 0.7 and 0.9 — the first time since last July that it has been below 1 nationwide.

Separate data found London’s could be as low as 0.44. Around 35 per cent of people living there have already had Covid, according to University of Cambridge research.

UK Covid deaths also dropped by a quarter in a week. There were 758 more recorded yesterday — down from the 1,014 a week before.