BORIS Johnson has told Brits to not "trip on the last barbed wire and blow it" by flouting Covid restrictions.

The PM made the comments as the national coronavirus lockdown is set to end on Wednesday, when it will be replace with a Tier system. 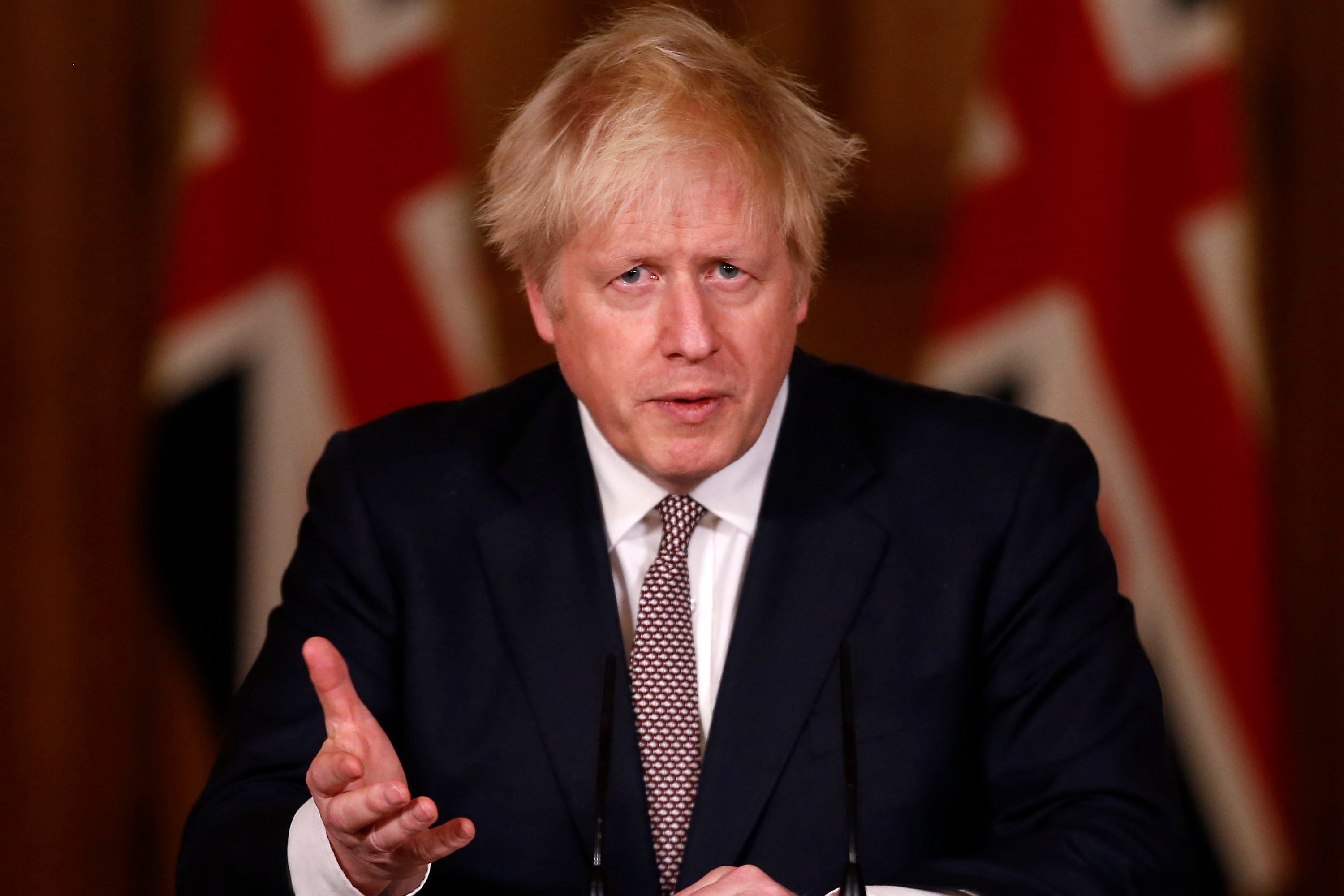 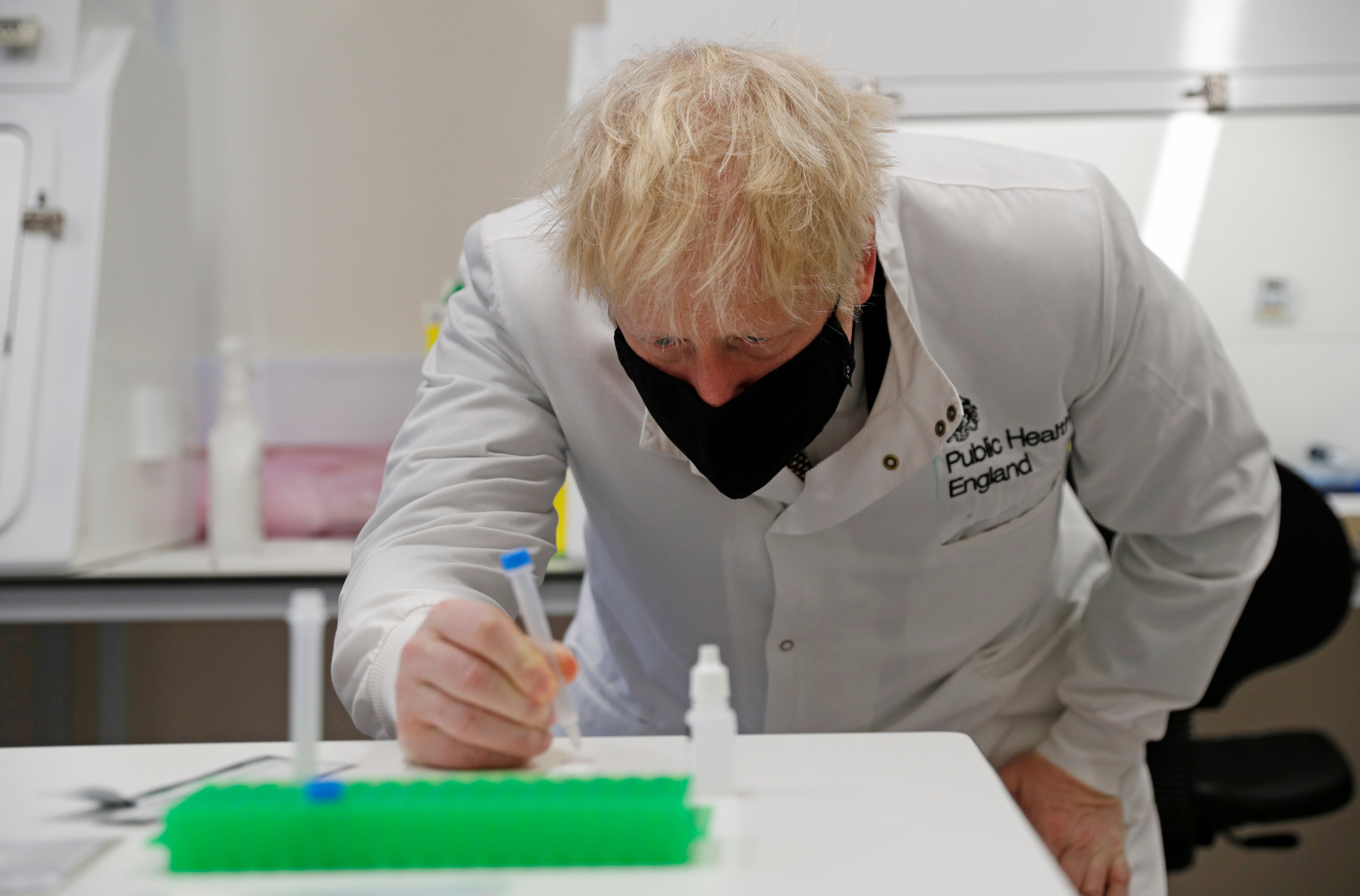 He is optimistic that recent vaccine breakthroughs will allow Brits to move closer to normality as the fight against the pandemic continues.

Writing in the Mail on Sunday, Boris said: "It is crucial to understand
that with the help of these scientific advances we hope to make
progress – and to de-escalate – before Easter.

"We are so nearly out of our captivity. We can see the sunlit upland
pastures ahead.

"But if we try to jump the fence now, we will simply tangle ourselves in the last barbed wire, with disastrous consequences for the NHS.

"So let’s do the job properly. Let’s work together, and with tiering,
testing and vaccines let’s make 2021 the year we kick Covid out,
take back control of our lives and reclaim all the things we love."

The Covid Tiers system could end in February as Boris tries to head off a major rebellion from Tory MPs.

The PM has faced a blue wall of opposition to his plan to impose tough Tier 2 and 3 restrictions across 99 per cent of England when the national lockdown ends next week.

Up to 100 Tory backbenchers are threatening to rebel against the tier regime when it is voted on in Parliament on Tuesday.

But in a letter offering an olive branch to colleagues on Saturday night, Mr Johnson said the regulations would contain a "sunset clause" – or expiry date – of February 3, with MPs given the chance to vote on whether to extend them beyond that date.

He also hinted that on December 16, some Tier 3 areas could be downgraded to Tier 2 allowing people to go to pubs and restaurants indoors with their family bubbles.

"Where evidence shows the disease is in sustained decline, areas will be moved down," he said.

He has faced a growing backlash from his own MPs after The Sun revealed that Easter Monday had originally been pencilled in for lifting the tiers system.

The Government will review local areas' tiers every fortnight and bring the regulations before Parliament again after the fourth review on January 27.

MPs will then be given another vote and the chance to scrap the tiers system altogether.

Mr Johnson also said the first such review, on December 16, would consider the views of local directors of public health, with a final decision on whether any areas should change tiers made at a Cabinet committee.

Areas that will move tiers after this review will see the changes come into effect on December 19.

In a further olive branch to MPs, the Prime Minister committed to publish more data and outline what circumstances need to change for an area to move down a tier, as well as analysis of the health, economic and social impacts of the measures taken to suppress coronavirus.

Only the Isle of Wight, Cornwall, and the Isles of Scilly will be under the lightest Tier 1 controls, while large swathes of the Midlands, North East and North West are in the most restrictive Tier 3.

In total, 99 per cent of England will enter Tier 2 or 3, with tight restrictions on bars and restaurants and a ban on households mixing indoors when the four-week national lockdown lifts on Wednesday.

More than 70 MPs are considering opposing the Prime Minister's plan.

The 1922 Committee chairman Sir Graham Brady said he wanted to see people "treated as adults" and trusted with their own health decisions.

He told the Sun on Sunday: “If the British people are to give up further freedoms, the Government owes it to them to make sure the rules make sense.”

He also told BBC Radio 4's Any Questions: "I find so many people have been engaged in a wholly responsible way in trying to make sure they can continue some kind of family life, some kind of social life, but being safe, being responsible throughout.

"Especially the older people, who are typically more vulnerable to Covid-19, are also the people who are likely to be most responsible."

A leading economic think-tank has warned the system will slash England's gross domestic product by £900million a day.

This is a 13 per cent drop compared to last December, the analysis by the Centre for Economic and Business Research (CEBR) reveals.

The figures are based on the fact 31 per cent of England's economy will be plunged into Tier 3 when lockdown lifts, The Telegraph reports.

And bans on indoor socialising and extra rules for pubs and restaurants will be slapped on 68 per cent of the population who fall under Tier 2.

The CEBR predicted the daily loss in GDP for firms in Tier 3 is 20 per cent, while the loss in Tier 2 will be ten per cent.

Doug McWilliams, the CEBR's deputy chairman, told the paper: "It remains to be seen whether those costs, which of course can’t take account of the longer term damage done to so many pubs, restaurants, sports and entertainments venues, is justified by the reduced incidence of the disease.

"My suspicion is that the shutdowns imposed by Whitehall will end up doing more economic damage than can be justified on medical grounds."

Ministers had refused to reveal any details of the economic impact the new tier system could cause.

The Cabinet is now only outlining the cost to soften mounting backlash within Boris Johnson's government.

BORIS Johnson is facing his most furious Tory revolt yet over the new Covid restrictions.

It is odds on he will have to rely on shifty Keir Starmer and his Labour MPs to win a vote on the new clampdown at Westminster next week.

The Opposition leader could either lend him the votes and remind him at every opportunity that the PM needed his backing, or leave him high and dry to face a disastrous defeat.

Only a year ago Boris won a massive 80-seat majority at the General Election.

It is a measure of the scale of the tiers fiasco that in such a short time his biggest foes have become his own mutinous MPs.