BORIS Johnson tonight warned it was still "too early" to book summer holidays abroad now – but he will reveal more within days.

The PM said things "look difficult for the time being" thanks to rising cases in Europe, but he hoped to reveal more details to the nation whenever he could. 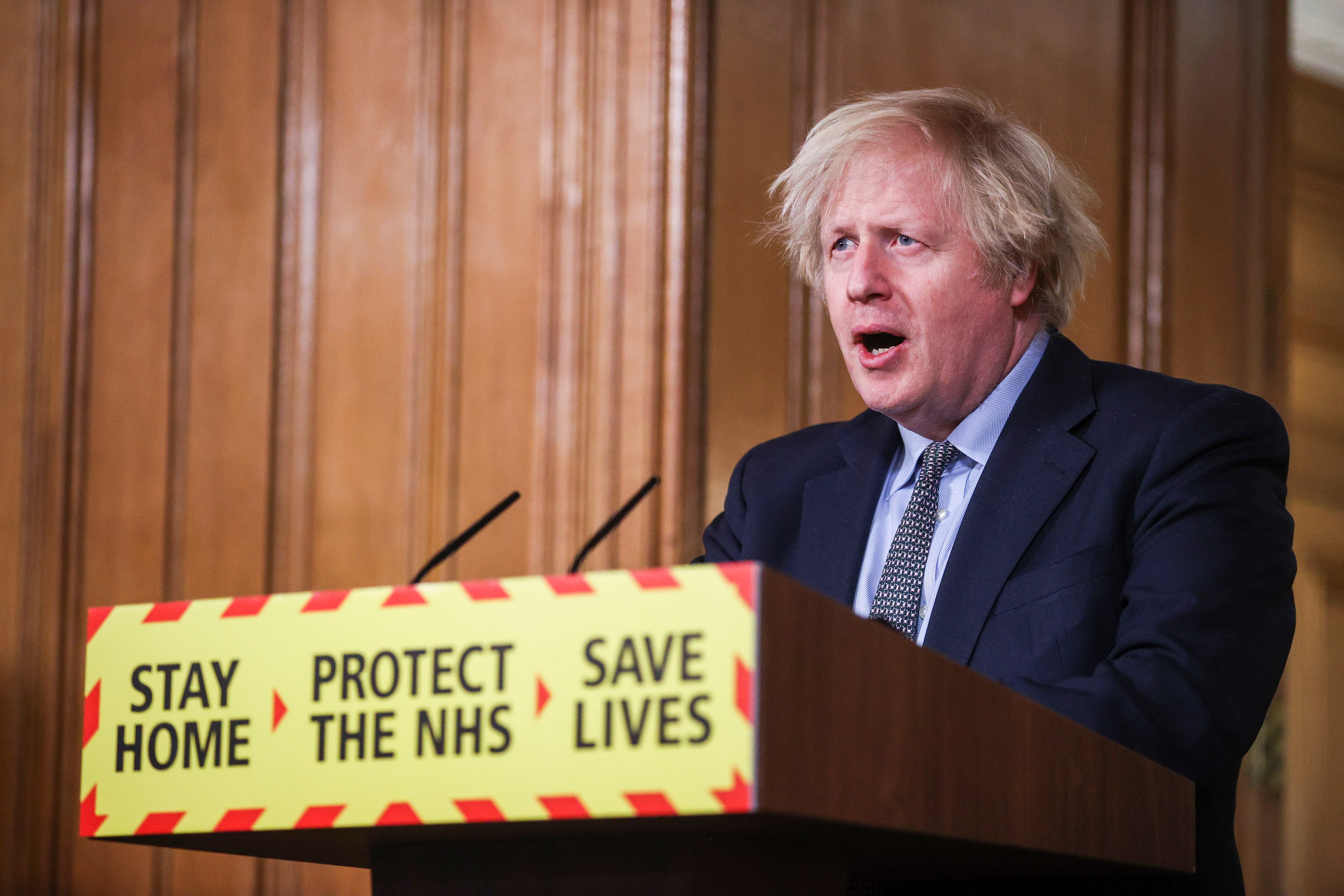 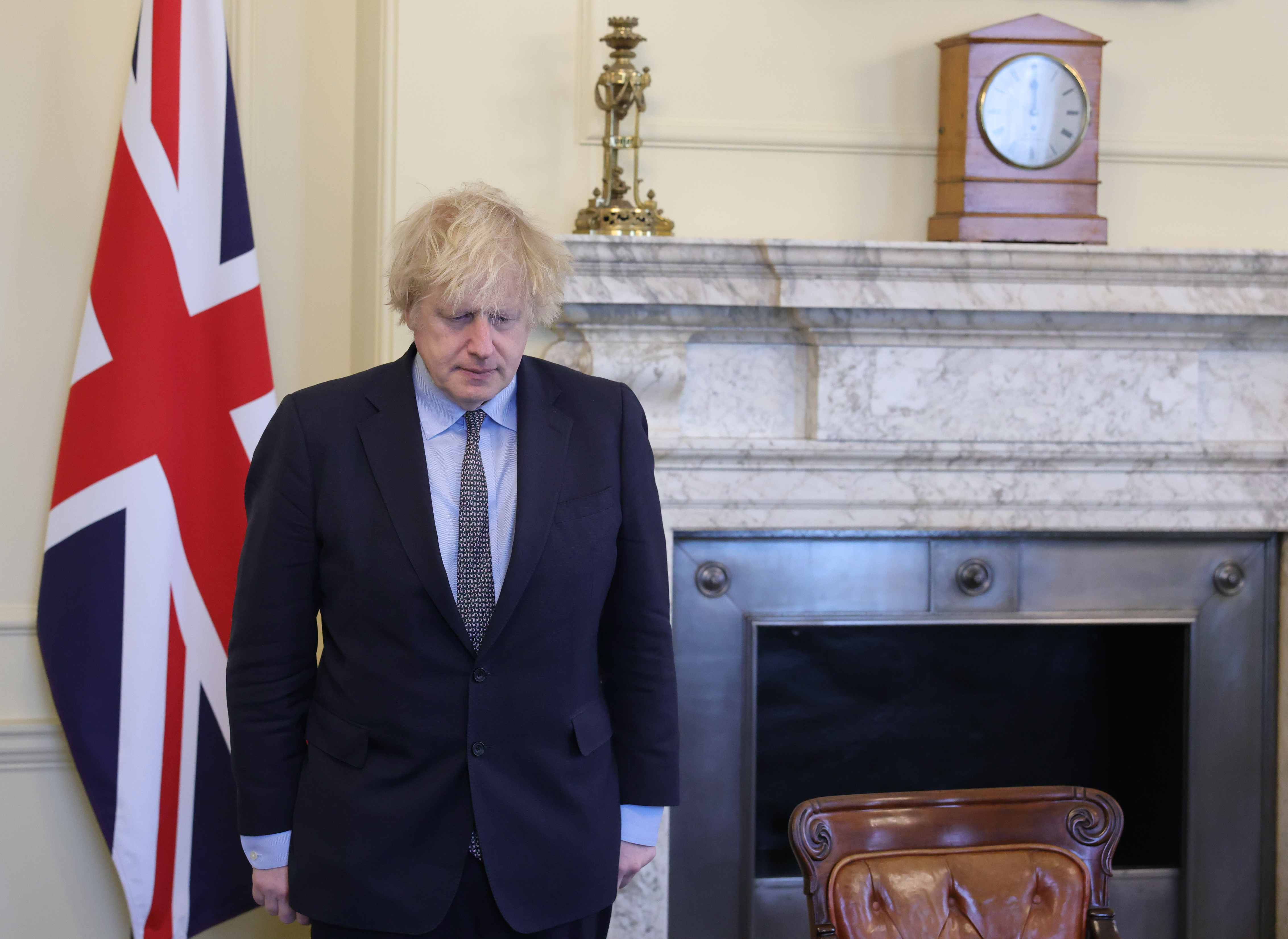 The PM marked the first anniversary of the lockdown tonight as he paid tribute to those who have died from Covid during a year of the pandemic.

Addressing the nation at a sombre 5pm press conference tonight, he said: "A lot of people do want to know about what's going to happen on the holidays front.

"I know there's a great deal of curiosity and interest. All I can say is it's just too early to say. And so my advice is to everybody to wait for the global travel taskforce to report.

"We've heard already that there are other European countries where the disease is now rising.

"So things certainly look difficult for the time being.

"But we'll be able to say more, we hope in in a few days time, and that's I think the best, the best you can hope for."

It came just 24 hours after it was revealed that people in England and Wales were told they face a £5,000 fine if they go abroad from Monday – breaking lockdown rules.

Only people travelling for a list of specific exceptions will be allowed to board a flight.

Brits already have to also fill out a form if they do want to leave the country, stating their permitted reason to do so, or they will face a £200 fine for not having the right paperwork.

A Global Travel Taskforce is looking at whether people will be allowed to venture off for a sunny getaway this summer, but no final call has been made.

People across England have been told not to book holidays just yet as it's too soon to know if they will be allowed.

And ministers are worried about the impact of variants being imported from overseas – which could impact on our vaccine rollout.

France, Poland and Italy are among EU nations forced to reimpose restrictions or extend the lockdowns amid soaring cases.

Professor Neil Ferguson, one of the architects of Britain's first lockdown, said holidays should be delayed until all over 50s have had both doses – which is expected to be by mid-July.

He told the BBC: "I'm in favour of relaxing border measures at a slower rate than we relax controls in the country and doing all we can against the importation of variants which might undermine our vaccine progress.

"It means, [when we] have finished vaccinating everyone over 50, which will be late summer, and having vaccines in our stockpile which we know work effectively against the variants.

"Being risk averse at the moment, we should be planning on summer holidays in the UK, not overseas."

the Health Secretary Matt Hancock reassured the nation that Boris Johnson's roadmap, which sets out the road to freedom "has not changed" – despite new laws coming in from Monday.

He said: "I entirely understand people's yearning to get away and have a summer holiday, and we're looking at that question right now as part of the global travel taskforce, which will report in the middle of next month.

"The earliest that will take any steps will be May 17 but, obviously, we're taking a cautious approach because we want any openings that we make to be irreversible."

But earlier No10 had stressed the roadmap to easing the lockdown remains "on course" despite the PM warning that the third wave from Europe may end up on our shores.

Downing Street hailed the "very extensive" vaccination programme, which has dished out 27.9million doses so far – way ahead of Europe's jabbing plan.Yet there are growing concerns that a fresh wave of cases from across the Channel might derail plans for summer getaways.

He told the Public Health Conference 2021, reports Sky News: "The path from here on in does look better than the last year.

"There are going to be lots of bumps and twists on the road from here on in.

"There will definitely be another surge at some point whether it's before winter or next winter, we don't know.

"Variants are going to cause problems, there will be stockouts of vaccines and no doubt there will be multiple problems at a national level but also at a local level – school outbreaks, prison outbreaks, all those things that people are dealing with on a day-to-day basis."