Boris Johnson’s allies are angered by ‘brutal and personal’ attack on the PM which describes him as ‘miserable, worn out and short of money’

Boris Johnson is now a man with ‘misery etched on his face’ as Covid and money troubles wear down the formally ‘ebullient’ and ‘cajoling’ figure of old.

A deeply unflattering portrait published yesterday suggested that the combination of his own brush with death, dealing with the pandemic and personal financial concerns had taken a terrible toll on the usually jovial PM.

Mr Johnson was also said to be missing his former wife Marina Wheeler despite his loving relationship with new partner Carrie Symonds, the mother to his five-month- old son.

‘Carrie does genuinely love him and he loves her,’ one friend is said to have remarked. ‘But that’s very different from what came before…What Marina gave Boris was grounding. Proper grounding in the hinterland of his political views.’ 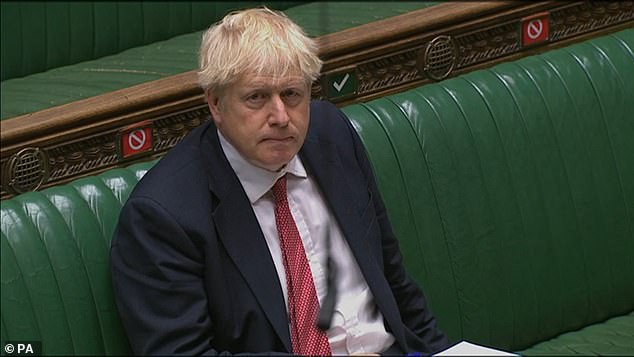 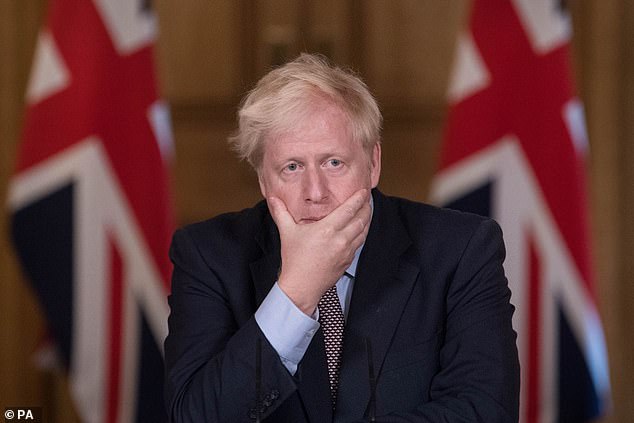 The story of a Prime Minister weighed down and ‘subdued’ came in yesterday’s Times which quoted colleagues, friends and Government sources to suggest all was not well with the once irrepressible Boris.

Allies of Mr Johnson responded last night with anger at the gloomy portrayal of the Prime Minister’s mood, fitness and health. One voiced dismay at the ‘brutal’ and personal nature of the briefings given to the newspaper.

But the reports come just one month after the father-in-law of key Johnson aide Dominic Cummings sparked speculation that Mr Johnson was hit so severely by his own serious Covid illness in the spring that he would quit No 10 in six months’ time.

Sir Humphry Wakefield apparently let slip the remark to a visitor to the family’s 13th Century, Grade I-listed Chillingham Castle in Northumberland, with the keen horse-rider warning: ‘If you put a horse back to work when it’s injured, it will never recover.’

The reports were strenuously denied by both Downing Street and Mr Johnson himself. However, the denials have not stopped even one senior Minister from privately speculating that the Prime Minister will not lead his party into the next Election expected in 2024.

And according to The Times yesterday, one witness present at a meeting with Tory MPs last week in Mr Johnson’s wood-panelled Commons office said: ‘He just seemed subdued. He was engaged but he certainly wasn’t as lively as you’d expect.’

The witness mused: ‘Does that go back to the illness? Is it the weight of responsibility or is it maybe just a recognition that he’s not always very well briefed on things? Most likely it’s some combination of all those.’

One senior Tory said to meet regularly with Mr Johnson had this opinion of how he was coping with the extraordinary challenges besetting him. ‘This is all weighing very heavily on him. I think you can see it even in some of his public appearances – the sort of misery etched on his face.

‘He doesn’t seem to be enjoying being at the helm in rough seas.’

The ‘all at sea’ analogy comes hot on the heels of an unexpected attack on the Prime Minister’s performance against Covid and Brexit from a traditional ally in the media – The Spectator magazine, which he used to edit.

The Prime Minister is also said to be beset with worries over his personal finances and responsibilities. That involves still providing for four of his six children to different degrees and all that after going through an expensive divorce and seeing a dramatic drop in his income.

His income has dropped from more than £350,000 a year as a backbench MP – including a £275,000 contract with the Daily Telegraph – to just £150,000 as Prime Minister, out of which he also has tax liabilities for his Downing Street flat and has to pay for food sent up for him and Carrie. 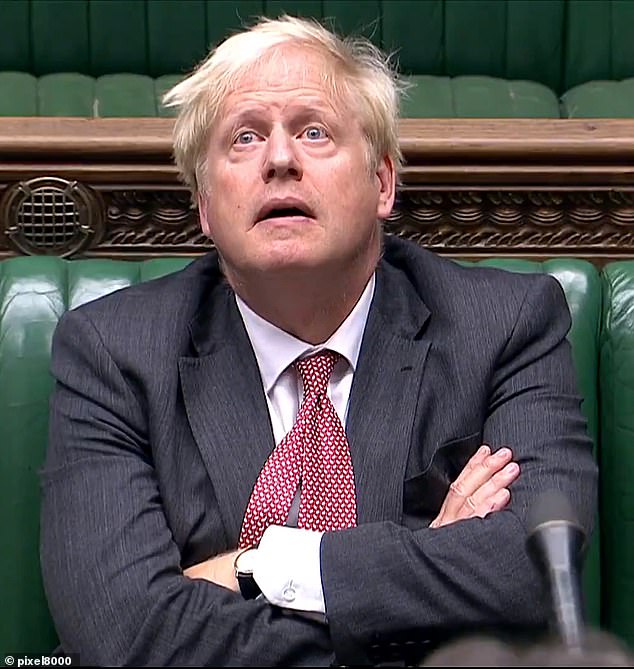 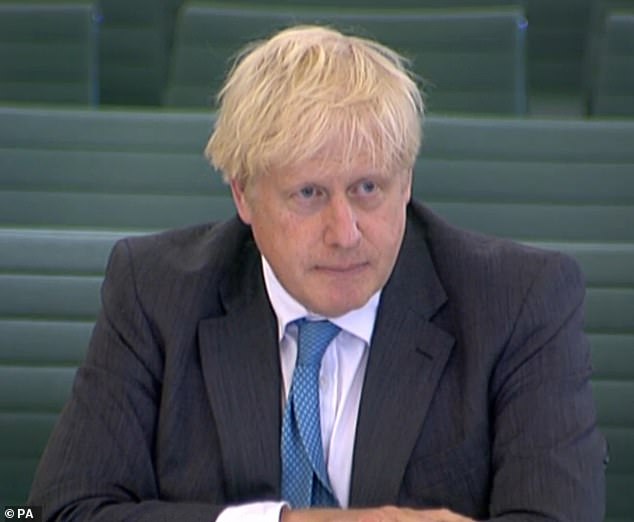 One friend opined to The Times that ‘Boris, like other Prime Ministers, is very, very badly served. He doesn’t have a housekeeper – he has a single cleaner and they’re worried about being able to afford a nanny. He’s stuck in the flat and Downing Street is not a nice place to live.’ Another claimed: ‘He’s always worried about money, he has a genuine need to provide for his family, all of them, and I think that does worry him.’

As for his recovery from Covid, one witness told The Times: ‘He’s pin sharp one day and then he will say to somebody in his own inimitable way, ‘Why have you not briefed me on that?’ and he’ll be told, ‘You were told that yesterday.’ ‘

Some MPs, though, are worried about something more important than Mr Johnson’s bank balance – his health. While No 10 and Mr Johnson himself insist he made a full recovery from Covid-19 in April, others who deal with him are not so persuaded. One told The Times: ‘The recovery period for him has been really hard.

‘At the beginning he was not allowed to go to Chequers at weekends because of the ban on moving from one place to another.

‘The illness itself and having a baby was absolutely exhausting.’

Johnson aides reject those claims and point to his regular exercise regime – and the fact he has lost a stone and a half since leaving hospital. But added to all that, there were suggestions yesterday he could be missing the support of former wife Marina.

Insiders insist although he and Carrie love each other deeply, the relationship with Ms Symonds, 24 years his junior, is not the same in terms of support for Mr Johnson, despite the fact she is a former ministerial special adviser, ran the Tory Party’s press operation and is said to be a key source of advice to the PM behind the scenes.

One person said to know Ms Symonds and Ms Wheeler well said: ‘Carrie does genuinely love him and he loves her. But that’s very different from what came before, and the pressures of living in Downing Street with a young baby and partner, however accommodating she might be. It’s still bloody difficult.

‘Marina was his intellectual match and, in terms of his view, everything was run by her or through her. She was instrumental in the organisation of his life from an intellectual standpoint.

‘I don’t think it is quite the same relationship with Carrie.’