Boris is besieged: Johnson’s enemies spread false rumours about a split from Carrie and friends mutter about his health, as the PM faces rebellions from the Chancellor, Tory MPs – and even his own children

They were the pictures which ratcheted up an already febrile atmosphere on the Tory backbenches – Boris Johnson’s girlfriend Carrie Symonds enjoying a holiday in Italy without the Prime Minister.

‘We thought – uh-oh, trouble at t’mill,’ said one Tory MP. ‘He’s got enough to worry about without a break-up as well.’

Rumours of a split are dismissed by the couple’s friends, who blame Boris’s growing legion of political enemies for spreading the claims to ‘destabilise’ him. It comes at a time when Tory MPs – and even his own Chancellor – are in revolt over the economic devastation caused by Covid laws, as mutterings grow louder about the state of the Prime Minister’s mental, physical and financial health.

‘For God’s sake, she is surely allowed to go on holiday?’ says one. ‘And he is quite busy, you know. Imagine what they would have said if he had taken the time off to be with her.’

The pictures of 32-year-old Ms Symonds relaxing at the £600-a-night Grand Hotel Tremezzo on Lake Como carried uncomfortable echoes for some MPs of Princess Diana posing in front of the Taj Mahal in 1992, sending a signal to the world about her doomed marriage to Prince Charles. 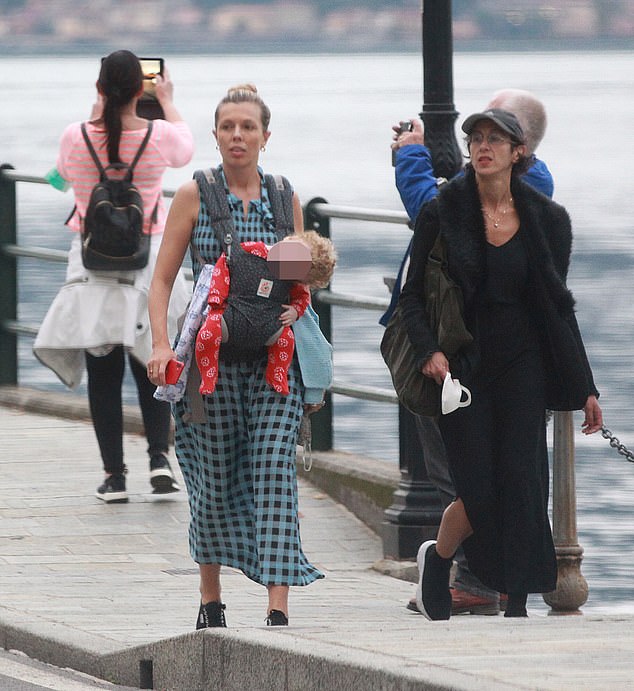 But while Diana engineered the situation to her own advantage, insiders say that Ms Symonds – who was pictured with their four-month-old son, Wilfred, strapped to her front – was just enjoying a private break with friends after a gruelling few months.

Even Boris’s closest allies do not, however, dispute that the Prime Minister is caught in a vortex of professional and personal problems which are without precedent in recent political history.

So far this year, he has endured a ruinously expensive divorce, a brush with death and then fatherhood at the age of 56 – all while battling the lingering after effects of coronavirus, trying to limit the damage inflicted by the pandemic and preparing for a possible No Deal Brexit at the end of December.

No 10 was furious over a briefing last weekend which described Mr Johnson as having ‘misery etched on his face’ because he was weighed down by the financial burden of supporting six children and missing his ex-wife, Marina Wheeler.

A former adviser to Mr Johnson, who has remained close to Ms Wheeler, is being blamed for the ‘brutal and personal’ attack, with one source claiming they had already ‘confessed and apologised’.

While the claim that the Prime Minister was struggling to get by on his £150,000 salary was greeted with scepticism, there is no doubt that he has paid an emotional price for his divorce, with his four children with Ms Wheeler struggling to varying degrees to accept his relationship with Ms Symonds. 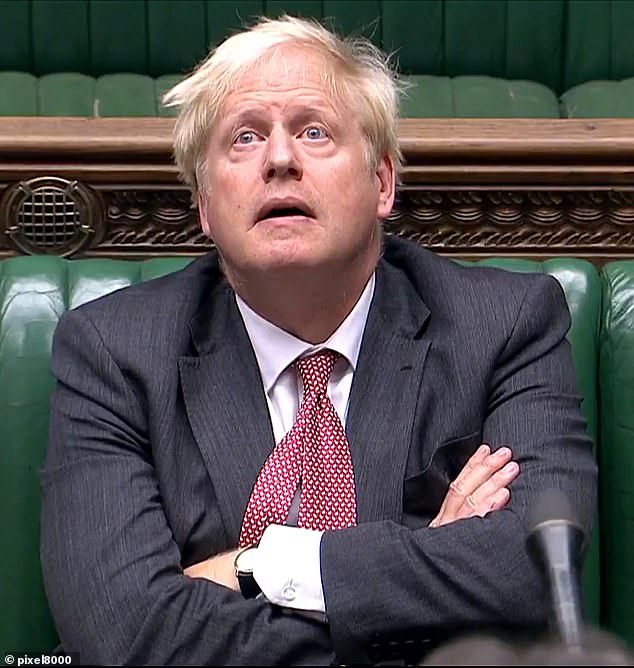 Tory MPs are in revolt over the economic devastation caused by Covid laws, as mutterings grow louder about the state of the Prime Minister’s mental, physical and financial health

One source said: ‘It must be painful for Boris to have finally made it to No 10 without his children being around. The contrast with Tony Blair, who was always posing with his kids on the steps of No 10, is stark. It is deeply unfair, because he has worked so hard to provide for them.’

Shortly after Mr Johnson became Conservative leader last year, he caused mystification in the Commons after he was seen sprinting from the Despatch Box at 12.45pm and running straight out of Parliament. It later emerged that he was frantic because he was late for lunch with his daughter.

The private angst comes as he faces the extraordinarily complex challenges of the Covid pandemic, with tribes of rebellious Tory MPs managing to make the Government’s 80-strong majority look uncomfortably slim.

Sir Graham Brady, chairman of the backbench 1922 Committee, has led the opposition to Ministers ‘ruling by decree’ over Covid regulations, while Chancellor Rishi Sunak is making increasingly muscular objections from within the Cabinet to the restrictions.

In the run-up to his decision last week to impose a 10pm curfew on pubs and restaurants, Mr Johnson was forced to mediate between Mr Sunak, who fears the restrictions are causing irreparable damage to the economy, and the pro-lockdown lobby led by Health Secretary Matt Hancock and Cabinet Office Minister Michael Gove.

At a Covid ‘quad’ meeting on Friday, September 18 – Foreign Secretary Dominic Raab is the other member – Mr Sunak effectively blocked Mr Johnson when he proposed a two-week ‘circuit-breaking’ lockdown.

While No 10 and No 11 both deny the Chancellor implied that the issue was a ‘resignation matter’, his opposition was sufficient to force, at a subsequent meeting last Sunday, the idea of a 10pm curfew as a compromise measure. When the issue was put to the full Cabinet on Tuesday, resistance flared again when Business Secretary Alok Sharma and Environment Secretary George Eustice suggested that it would be safer to taper the curfew with last orders at 10pm, rather than force everyone on to the streets at the same time. 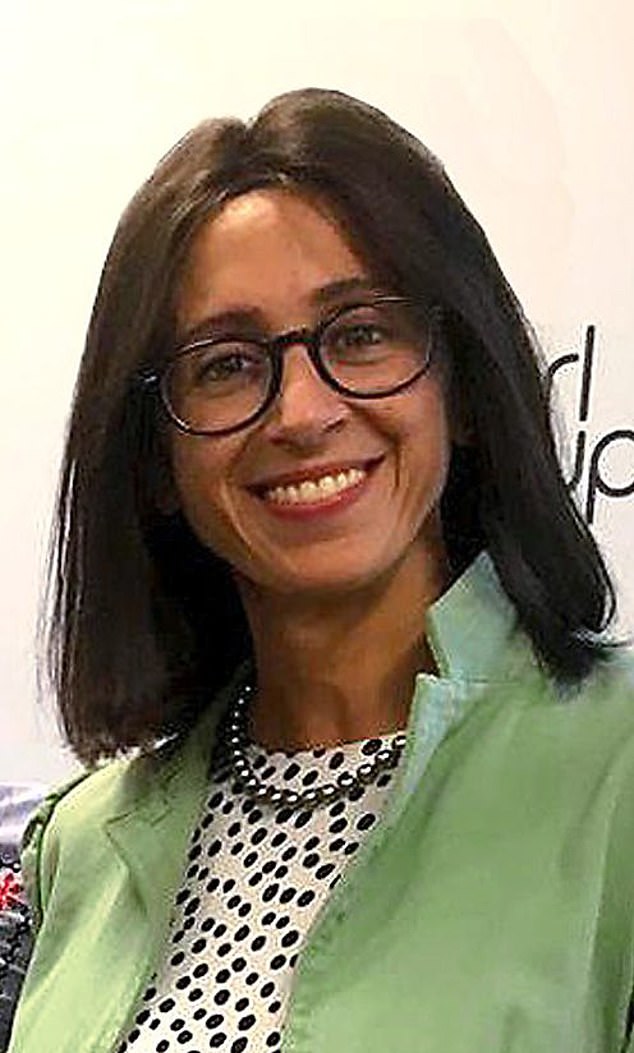 Aline Nassif, a former colleague from Ms Symonds’ time working as a media adviser to John Whittingdale when he was Culture Secretary, joined Ms Symonds in Italy

But Mr Gove insisted that there should be a strict 10pm ‘guillotine’.

Complicating Mr Johnson’s decisions are the different tribes of increasingly fearless Tory backbenchers, who – despite being unable to bitch and plot in now-shuttered Commons bars – are using private messaging sites to share their frustrations.

One tribe, which calls itself the ‘Common Sense’ group, has held meetings with Chief Whip Mark Spencer to express anger at the ‘control freakery’ exerted over the Prime Minister by scientific advisers such as Chief Medical Officer Chris Whitty.

The 50-strong membership, which includes former Transport Minister Sir John Hayes and former Chancellor Lord Lamont, told No 10 that it was being too ‘passive and reactive’ in the crisis.

As one former chief whip says: ‘My advice to Boris and No 10 is to treat the views of the chairman of the 1922 Committee with at least the same level of respect as they accord to those of any scientist, medic or special adviser on this matter. They need to reverse-ferret as soon as possible.’

The Common Sense group have also complained about the lack of legislation to tackle the problem of Channel migrants, and urged Ministers to be more ‘anti-woke’ on issues such as the ban on Rule, Britannia! at the Last Night of the Proms and ‘unconscious bias training’. Some Tory MPs fear that the combination of political and personal problems could even lead to Mr Johnson quitting before the next election.

As one MP, who was alarmed by the pictures of Ms Symonds holidaying alone, says: ‘Would even Churchill have been able to cope without Clementine?’

Some MPs also make unsubstantiated claims that Ms Symonds, an environmental campaigner, ‘interferes’ in the running of the country by marching into ministerial meetings to thrust Wilfred into his arms and being ‘more interested in badgers than Brexit’.

But her friends paint a picture of a young woman adapting to life in an intense public gaze, who needs to escape the pressures of No 10 by relaxing with trusted friends.

She was joined on her Italian holiday by feminist campaigner Nimco Ali, who has been at her side throughout her time in Downing Street, and Aline Nassif, a former colleague from Ms Symonds’ time working as a media adviser to John Whittingdale when he was Culture Secretary.

Ms Nassif is now the global head of communications for Bechtel, the American construction giant responsible for UK infrastructure projects such as Crossrail. One friend said: ‘All of these whispering campaigns are just plain nasty. Carrie is a young woman and a relatively new mum. It seems to all be being done to upset Carrie, which in turn upsets Boris. It’s baffling that anyone would do this to her.’

They argue that becoming ‘First Lady’ has been a shock to her. The friend added: ‘She might have been involved in politics for some time but finding yourself in the limelight isn’t easy for anyone.

‘This time two years ago nobody knew who she was. Being caught taking her holiday is something Carrie took on the chin but there is a certain mystery surrounding how she and her friends were found.

‘She clearly had no idea that there were any members of the paparazzi around. Women tend to do their hair if they know they will be seen.’

After arriving home from Lake Como last Thursday, the couple spent Friday together in their No 10 flat, and were planning to spend this weekend together with Wilfred and dog Dilyn.

The friend concluded: ‘She and Boris are very happy together. The only time they’re not really together is when he is off working as the Prime Minister.’