Boris says Levelling Up is all about… Stoke Poges

Boris has seen the future of levelling up – and it’s Stoke Poges! PM points to history of posh Buckinghamshire village as an example of what he wants to do for the whole of Britain

Boris Johnson put a small Buckinghamshire village at the heart of his ‘Levelling Up’ drive today.

The PM urged deprived areas to follow the example of Stoke Poges, lamented in the 18th Century as one of the country’s most deprived places and now among the richest.

But he said: ‘When Thomas Gray stood in that country churchyard in 1750 and wrote his famous elegy as the curfew tolled the knell of parting day, he lamented the wasted talents of those buried around him, the flowers born to blush unseen, the mute inglorious miltons who never wrote a poem because they never got to read.

‘The simple folk who died illiterate and innumerate and he knew that it was an injustice. Let me ask you, maybe you know, where was he standing when he chewed his pensive quill? Anybody know? 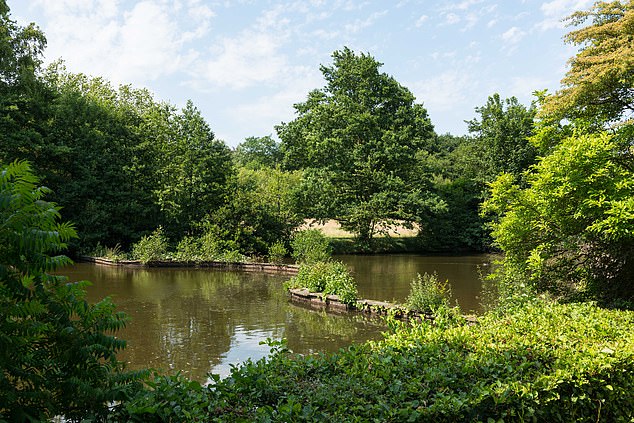 The PM urged deprived areas to follow the example of Stoke Poges, lamented in the 18th Century as one of the country’s most deprived places and now among the richest

‘Correct, thank you, he was standing in Stoke Poges. My friends there may be underprivileged parts of this country but Stoke Poges is not now among them.’

Mr Johnson noted that Stoke Poges was now rated as the eighth richest village in England.

He went on: ‘Since Gray elegised, Buckinghamshire has levelled up to be among the most productive regions in the whole of Europe.

‘Stoke Poges may still of course have its problems but they are the overwhelmingly caused the sheer lust of other people to live in or near Stoke Poges – overcrowded trains, endless commutes, too little time with the kids.

‘The constant anxiety that your immemorial view of chalk downland is going to be desecrated by ugly new homes.

‘And that is why levelling up works for the whole country and is the right and responsible policy, because it helps to take the pressure off parts of the overheating South East while simultaneously offering hope and opportunity to those areas that have felt left behind.’

Mr Johnson told Tory members that ‘wages are going up faster than when the pandemic began’ as he insisted his Government is overseeing a ‘change in direction’ on the UK economy ‘that has been long overdue’.

He blasted past ‘uncontrolled immigration’ and said that he wants to shift to a high wage, high skill economy.

He attacked businesses who have called for more visas for foreign workers to ease staff shortages as he said the solution to pressures is ‘not to reach for that same old lever of uncontrolled immigration’ which he said keeps wages low.

Mr Johnson said it will ‘take time’ to shift to his vision of a ‘high wage, high skilled, high productivity’ economy.

He admitted ‘it will be difficult’ along the way ‘but that is the change people voted for in 2016’ at the Brexit referendum.

Mr Johnson said in some areas the UK is one of the most imbalanced developed nations as he pointed to regional discrepancies on metrics like life expectancy.

He said those differences amounted to an ‘appalling waste of potential’ and insisted there is no reason why people should be ‘geographically fated’ to be poorer or less healthy than their counterparts elsewhere in the UK. 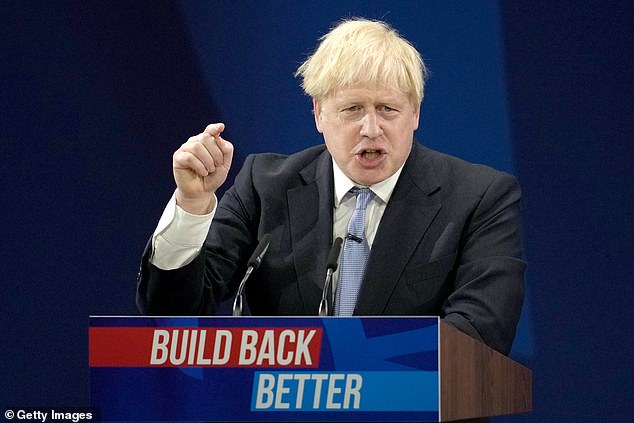 Mr Johnson said his ‘levelling up’ agenda was the ‘right and responsible policy’ to deal with those issues.

Helping ‘left behind’ areas would also help to reduce pressure on the ‘overheating’ south east of England, he said.

The Prime Minister said that his Government will ‘promote opportunity with every tool we have’.

The single policy announcement contained in the speech related to ‘levelling up’ as the PM announced a new ‘levelling up premium’.

It will see high-flying maths and science teachers offered a grant of up to £3,000 to work in areas of the country which need them the most.