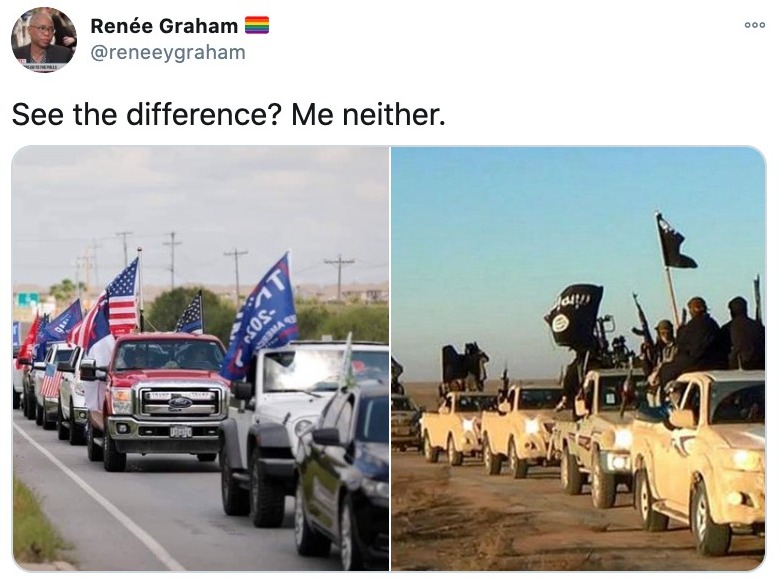 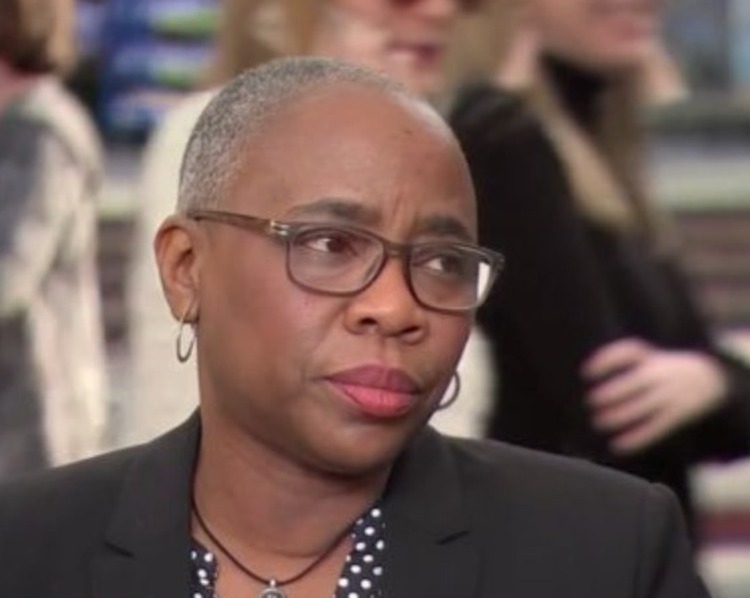 The opinion columnist captioned the tweet, "See the difference? Me neither."

However, social media users slammed Graham for her comparison.

Radio host Sebastian Gorka said: "Yes you moron. The left is a group of Patriots who love America and our Judeo-Christian Civilization.

"The right are savages who kill Christians, Jews, atheists, and apostate Muslims.

"And you're still an imbecile."

Podcaster and political pundit Stephen Miller fired: "You would get mad if a drone strike actually took out the one on the right?"

U.S correspondent for the Telegraph and former Middle East reporter Josie Ensor said: "From a journalist who has covered both – please don't do this."

The Boston Globe cites Renée Graham as an associate editor and columnist stating she started as a general assignment reporter and moved onto features and arts.

It comes as cops declare a riot in Portland as Antifa and BLM protesters smashed shop windows in a march "against capitalism".

An 80-strong crowd marching from Irving Park at about 7.15pm towards the boulevard yelled, "No cops! No prisons! Total abolition!" according to The Oregonian.

The Halloween night march was advertised on posters exclaiming "Capitalism is scary."

As the crowd swelled to about 100 people, some started smashing windows of buildings they were passing.

Those damaged included a Starbucks, a real estate agency, a bank, and two phone company shops, along with a hotel, the news outlet reported.