Now the family can’t afford their mortgage and might be forced to cancel Christmas.

They say Apple has refused to return the money, saying the parents had failed to turn the child-proof settings on.

Real-estate broker Jessica Johnson, 41, of Wilton, likened her child’s behavior to a drug addict and called the games ‘predatory’.

‘It’s like my 6-year-old was doing lines of cocaine — and doing bigger and bigger hits,’  she said.

‘These games are designed to be completely predatory and get kids to buy things, What grown-up would spend $100 on a chest of virtual gold coins?’

When George was told what he had done he offered to ‘pay you back mom’.

Jessica, who works on commission, said: ‘How? I pay him $4 to clean his room. I didn’t get a paycheck from March to September. My ­income has decreased by 80 percent this year. I literally told George: ‘I don’t know about Christmas.’’ 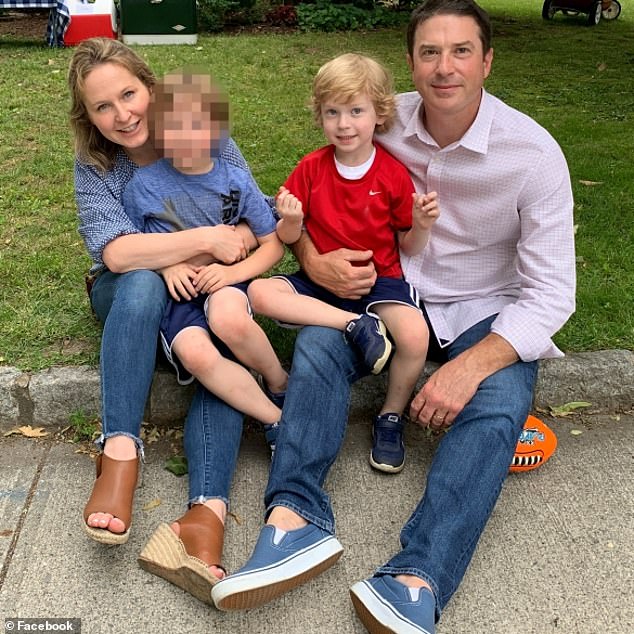 It started in July when the mother of two, whose husband cares for the children full-time, was working from home because of the pandemic and didn’t notice that her iPad had been taken by their younger child in the next room, The New York Post reported.

On July 9, $2,500 of charges appeared on her card from Apple that she didn’t recognize, because of the way they were bundled together, and didn’t appear to be linked to a video game.

She initially thought it must be fraud and called the bank and filed a fraud claim once her bill reached $16,293.10.

It wasn’t until October three months later that her bank confirmed that the charges were legitimate and told her to contact Apple.

It was only when Apple ran through ‘a buried running list of all the charges’ and noticed a Sonic icon that she knew who the culprit was. 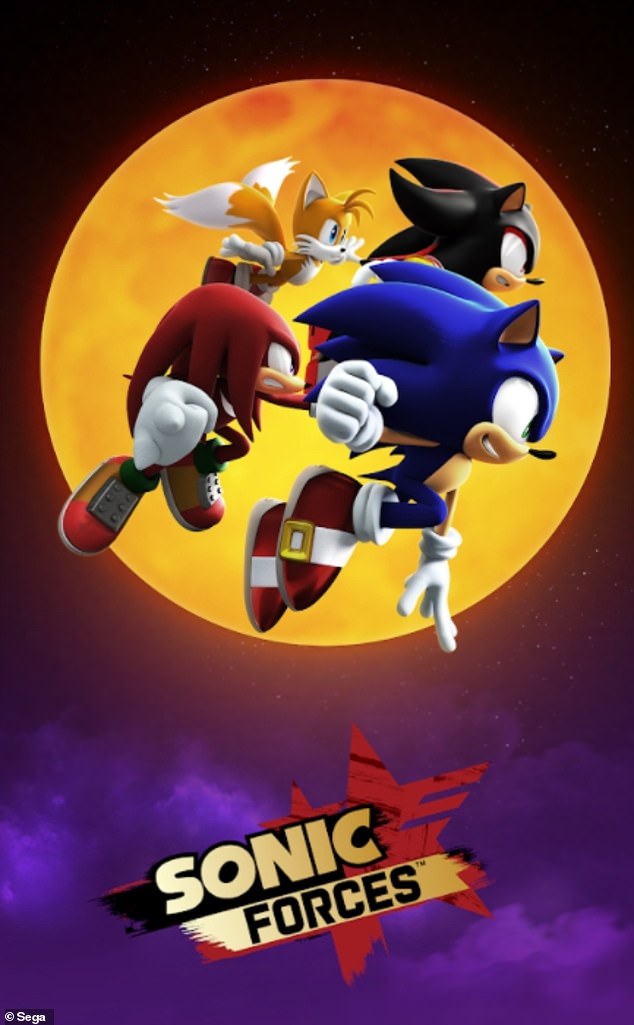 Video game Sonic Forces was George Johnson’s ‘favorite’, but after his $16,000 spending spree his mom can’t afford their mortgage

George Johnson used his mom’s credit card to buy virtual ‘rings’ costing $1.99 to $99.99 without telling her

But by then she had missed Apple’s 60-day window to claim the payments back.

‘The reason I didn’t call within 60 days is because Chase told me it was likely fraud — that PayPal and Apple.com are top fraud charges’, she said.

She added: ‘[Apple] said, “Tough”. They told me that, because I didn’t call within 60 days of the charges, that they can’t do anything.’

Jessica said that she got no sympathy even when she said they now couldn’t afford the mortgage on their house.

They’re like, ‘There’s a setting, you should have known,’’ she said.

‘Obviously, if I had known there was a setting for that, I wouldn’t have allowed my 6-year-old to run up nearly $20,000 in charges for virtual gold rings.’

Jessica wants to warn other parents about putting the child-proof settings on before letting children play with iPads and phones.

‘Check your security settings. I’m appalled that this is even possible in these games and that Apple devices are not pre-set to prevent this’ she said.

She believes the blame lies with Apple not her son.

‘My son didn’t understand that the money was real. How could he? He’s playing a cartoon game in a world that he knows is not real. Why would the money be real to him? That would require a big cognitive leap.’

She added: ‘I may have to force this kid to pay me back in 15 years when he gets his first job.’

Apple, Chase and Sega, maker of Sonic Forces, did not reply to a request for comment.