Boys aged 16 and 17 arrested after woman, 19, raped in Portsmouth

Five teenagers have been arrested on suspicion of the rape of a 19-year-old woman in a late-night attack.

The incident happened as the woman walked in Lake Road, Portsmouth, Hampshire, at about 1am on Sunday.

A Hampshire Police spokesman appealed for witnesses, saying that the woman had been approached by two men, neither of whom were known to her. 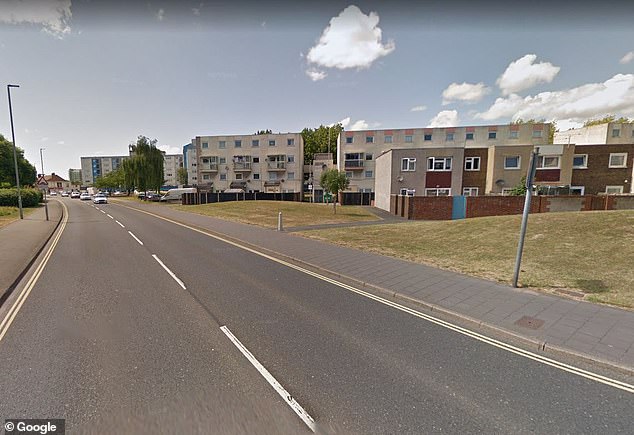 The attack happened as the woman walked along Lake Road in Portsmouth, pictured, at 1am

Detective Inspector Emma Crute said: ‘This has been a very distressing incident for the victim and I want to urge anyone who may be able to assist our inquiries to get in contact with us as soon as possible.’

The spokesman added that the victim was being supported by specialist officers.

Police have arrested three 18-year-old men, a 17-year-old boy and a 16-year-old boy, all from Portsmouth, on suspicion of rape and they all remain in custody for questioning.