Brazilian butcher beats customer to death for complaining about prices

A father of three who complained about the spiraling price of meat in his local butchers in Brazil was beaten to death by a staff member after he left the store without buying anything.

Street food vendor Wagner de Oliveira Lovato, 40, died from his head injuries on Sunday after he was beaten by two men, including one of the butchers’ managers, on the previous day.

The crime took place after Lovato reportedly expressed his frustration with the inflated prices in the Shopping das Carnes butcher’s shop in the city of Alvorada in southern Brazil.

CCTV footage shows one of the suspects punching Lovato to the pavement, before the other suspect steps forward to kick him in the head as he lay motionless on the ground.

The store has terminated the employment of the manager involved in the attack, and the suspects remain in custody pending further investigation. 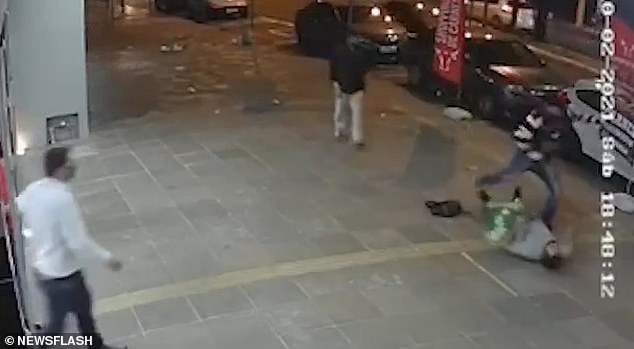 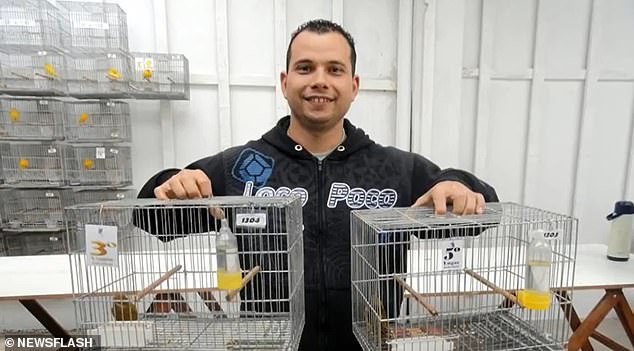 Wagner de Oliveira Lovato, 40, was beaten to death by two men after complaining about the price of meat at the Shopping das Carnes butcher’s shop in the city of Alvorada in southern Brazilian last week 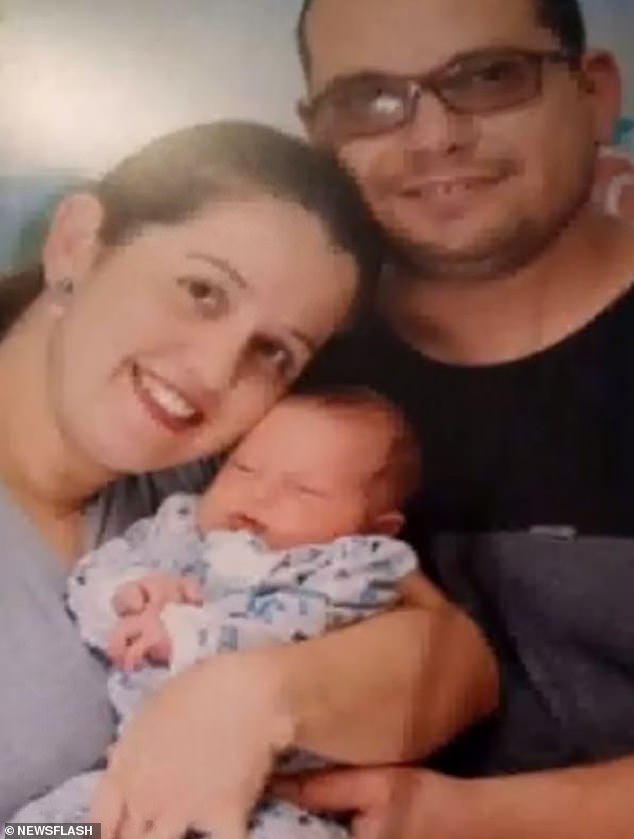 He was a taxi driver and street-food vendor who sold meals made by his wife to scrape together enough cash for the family of five in the Bela Vista neighborhood in Alvorada, a five-minute walk from the store where he sustained the mortal injuries.

His cousin told police he had previously owned farmland, but the effects of the pandemic had forced him to shut down his business and resort to taking on odd-jobs to provide for the family.

Lovato was first confronted by an off-duty store manager, who had taken umbrage with Lovato’s criticism of rising prices and his reluctance to buy anything.

Another man, whose presence at the scene was not explained by police, was also involved in the altercation. The two attackers were also reportedly drunk at the time of the incident.

CCTV footage from outside the butchers clearly shows two men step outside of the store to confront Lovato about his complaints, before one of them struck him in the face, appearing to knock him unconscious.

Lovato fell backwards and his head slammed into the concrete pavement, before the second man stepped up to kick the unconscious man in the head.

Bystanders quickly flocked to the unconscious Lovato and prevented his attackers from dealing any more blows while the emergency services arrived, but the damage had already been done and the father of three died from his head trauma the next day in Hospital Cristo Redentor, in Porto Alegre close to Alvorada.

Lovato leaves behind a wife and three children; a 21-year-old girl and two boys aged four years and two months, and was buried on Tuesday at São Jerônimo Cemetery in his home town of Alvorada.

Taiamanda Lovato, the victim’s cousin, told Brazilian newspaper Correio do Povo: ‘The family expects justice! [The attackers] should not get away with it and they should stay in jail until the trial.’

One of the attackers’ lawyers, Eduardo Andreis, alleged that his client ‘tried to help Wagner’ and ‘stayed to provide his clarifications to the police, without shirking his responsibility.’

Meanwhile, the store released a statement to pay tribute to Lovato and to denounce the actions of its former employee, who has reportedly been axed from his position.

‘We are taking all possible measures to assist the authorities in ascertaining the responsibility for this criminal act outside the establishment in Alvorada.

‘The employee involved in this unacceptable episode, who was not working at the time of the crime, has been removed by the company and is in police custody.

‘Since the event, we have been seeking contact with the victim’s family to provide the necessary support.

‘We understand the family’s pain and reservations and respect their time. We are available for this dialogue to take place.

‘Out of respect for Wagner de Oliveira Lovato and his family, the store will be closed this Monday, 4th October.’

The suspects remain in custody as the investigation continues.