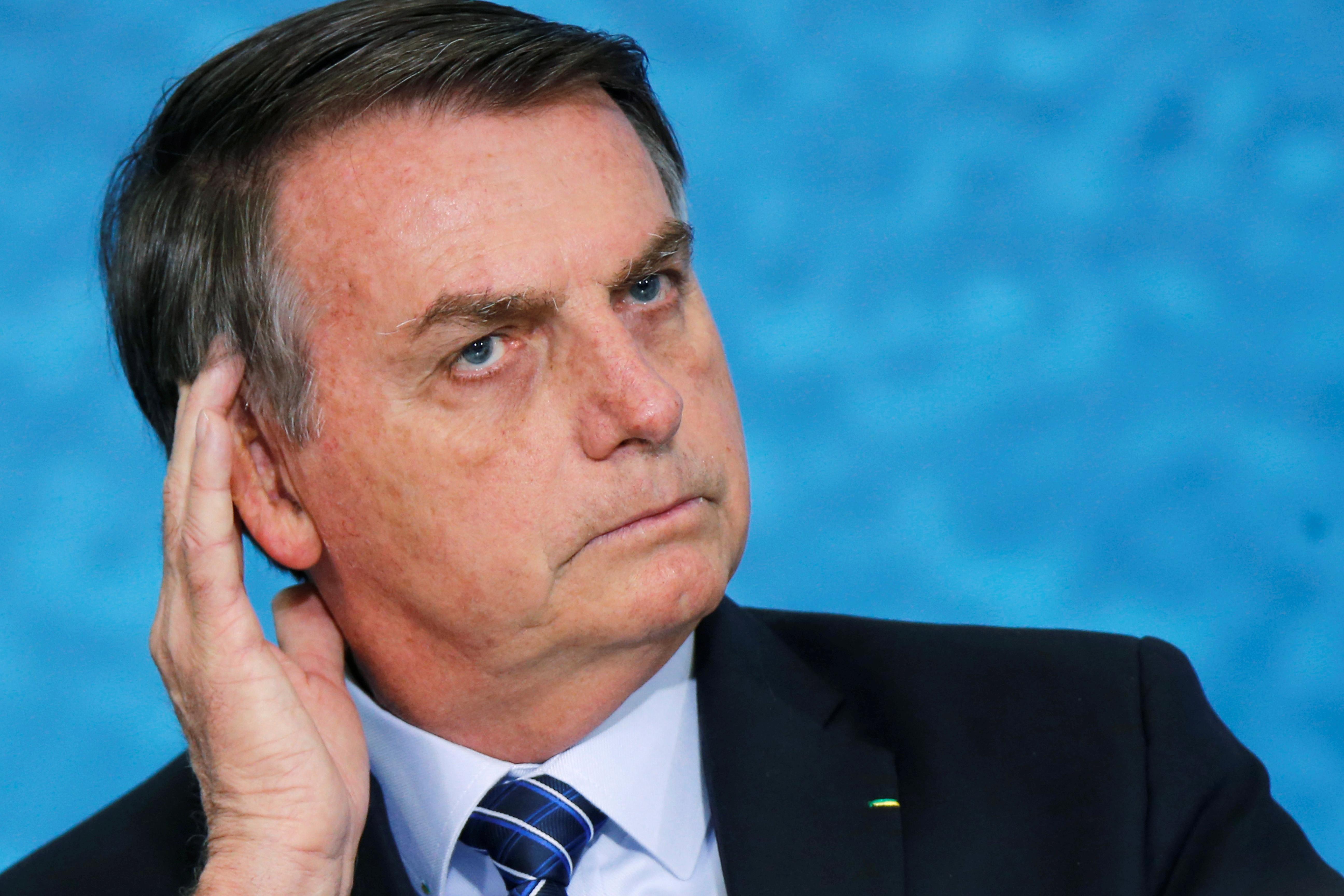 BRASILIA (Reuters) – President Jair Bolsonaro said on Monday that oil polluting the country’s northeastern beaches was not produced or sold in Brazil and could be the result of criminal activity or a shipwreck, though its origin is still being investigated.

Bolsonaro told reporters that the crude oil “does not seem to come from an off-shore platform” and suggested it was from another country.

“It could be something criminal, it could be an accidental spill, it could also be a ship that sank. It is complex. We have on our radar screen a country that could be the origin of the oil,” Bolsonaro said. He declined to name the country because the investigation is still underway.

The oil has washed up in recent weeks on more than one hundred beaches in nine northeastern states from Maranhao down to Bahia, according to Ibama. Its origins remains a mystery.

State-run oil company Petroleo Brasileiro said on Monday that molecular tests on the organic material in samples of the crude oil showed that they are not compatible with the oils produced and sold by the company.

The newsmagazine Epoca reported last week that Petrobras sent a report to environmental protection agency Ibama raising the hypothesis that the oil was from Venezuela.

In an emailed statement, Petrobras said the company’s environmental crews have worked on the clean-up of beaches in eight states in recent days at the request of Ibama.

Environment Minister Ricardo Salles flew over beaches in the coastal state of Sergipe on Monday to oversee the investigation into oil washing up on hundreds of kilometers of beach and threatening baby turtle hatchlings.

Salles said in a Twitter post that environmental agencies had collected more than 100 tonnes of oil from the beaches.