Sumner Redstone, the businessman and media magnate who formerly served as executive chairman of CBS and Viacom, has died. He was 97.

Redstone, who often boasted that would live forever, died Tuesday, according to a statement from National Amusements released Wednesday morning.

He was a media mogul who built his family’s drive-in theater chain into a global empire, with an estimated net worth of $3 billion.

In his 90s, he became the center of a jilted lover’s lawsuit that nearly cost his family his financial legacy. 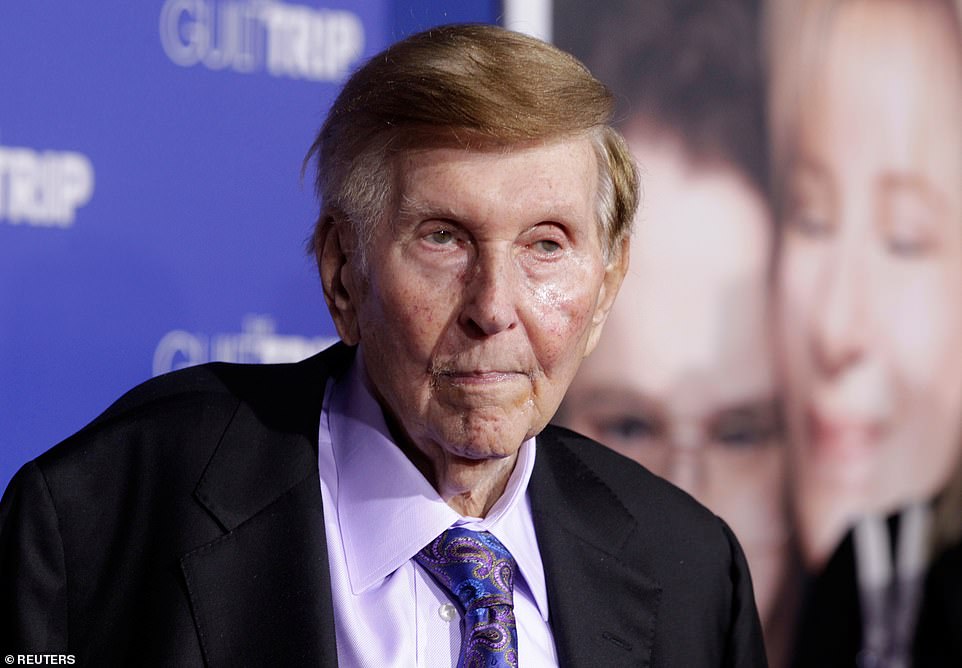 Sumner Redstone (above in 2012), the businessman and media magnate who formerly served as executive chairman of CBS and Viacom, has died. He was 97

‘It is with great sadness that we announce the passing of Sumner M. Redstone, the self-made businessman, philanthropist and World War II veteran who built one of the largest collections of media assets in the world,’ said the statement from National Amusements.

‘Sumner was a man of unrivaled passion and perseverance, who devoted his life to his belief in the power of content,’ the statement added. ‘With his passing, the media industry he loved so dearly loses one of its great champions.’

The company, which is parent company to ViacomCBS, said that Redstone ‘will be greatly missed by his family who take comfort knowing that his legacy will live on for generations to come.’

Redstone controlled about 80 percent of the voting stock of Viacom and CBS through his private holding company, National Amusements, originally founded as a movie theater chain by his father in 1936. 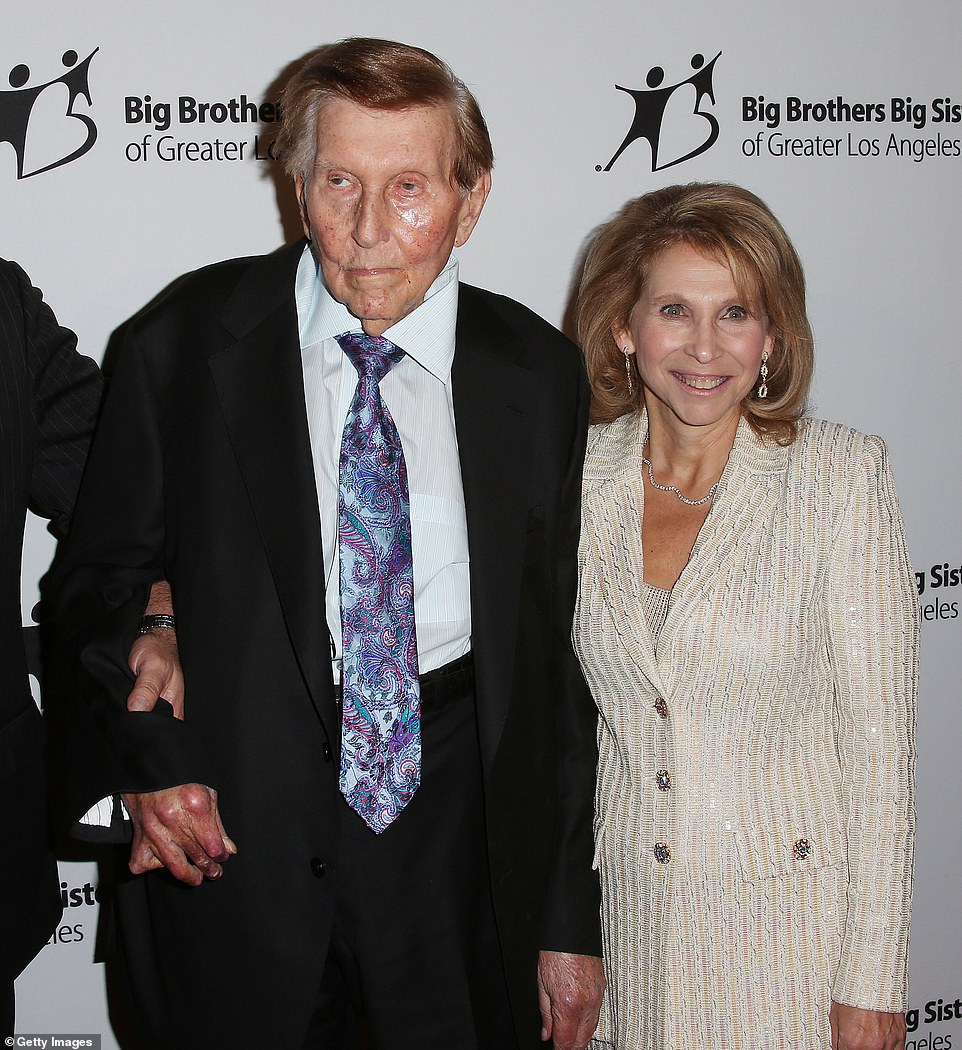 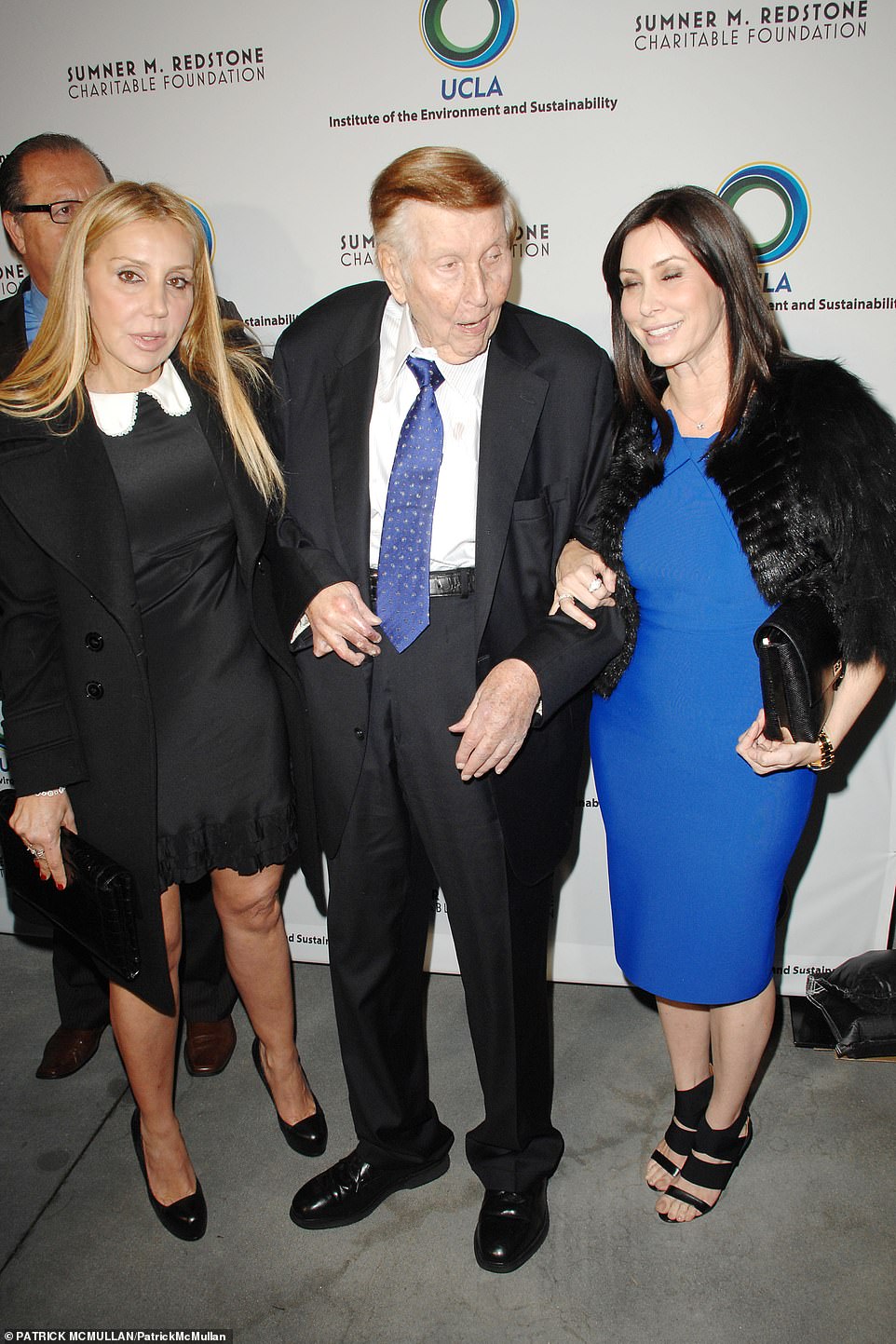 His fortune was most recently estimated at $3 billion in May of this year.

In November 2015, Redstone’s ex-girlfriend, who was 42 years younger than him, filed a lawsuit challenging his competency, claiming he had become ‘a living ghost’ and that his conversations consisted of little more than grunts.

Redstone’s lawyers called the claims ‘preposterous’ and a ‘despicable invasion of his privacy.’

In May 2016, a judge dismissed the lawsuit after the billionaire asserted in videotaped testimony that he didn’t want the former girlfriend, Manuela Herzer, to play any role in his life, repeatedly referring to her as ‘f****** b****.’

Amid bitter disputes about his health and competency, Redstone was forced under shareholder pressure to resign as executive chairman of CBS on February 3, 2016 and CEO Les Moonves was appointed as his successor.

The following day, Viacom named CEO Philippe Dauman as his successor as executive chairman. Redstone gave up his voting position on the Viacom board in February 2017.

Redstone has not appeared publicly for years, and his health had long been at the center of speculation.

As the CBS and Viacom merger was underway in 2018, the Wall Street Journal reported that Redstone had difficulty speaking, and relied upon an iPad that had buttons to play a recording of his voice saying ‘yes,’ ‘no,’ and ‘f*** you.’

Developing story, check back for updates.