BREAKING: Tesco roof caves in as week’s worth of rain falls in one hour

The Stirling supermarket, based on Wallace Street, bore the full brunt of Monday’s horrendous weather conditions.

Video footage showed flood water pouring through the roof as stock crashed to the floor and water gushed down the aisles.

One shopper described how the moment a “loud, lightning-like crack” roared through the store before the ceiling gave way.

The shop was evacuated before being closed later in the evening.

It comes as Stirling cops issued a warning to locals and urged them to stay safe. 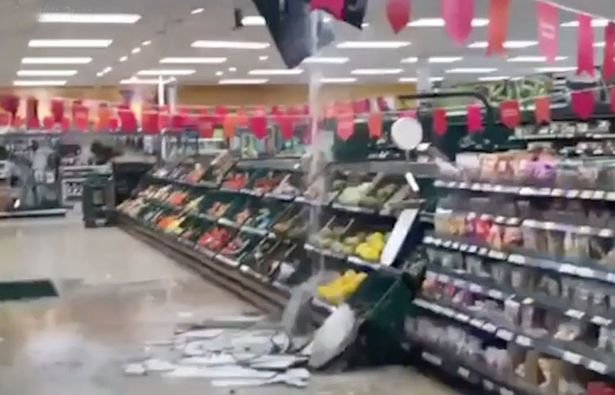 On Facebook, Forth Valley Police Division said: “Flash Flooding has been reported throughout areas of #Stirling tonight.

“Please consider your travel before making any journeys.

It comes as fourteen people were rescued by boat from Stirling County Rugby Club after torrential thundery downpours affected the area.

Stirling fire and rescue service’s water rescue unit was called out at about 20:45 on Monday. No-one was injured. 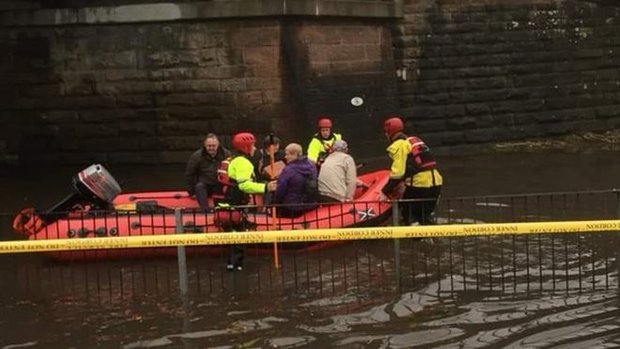 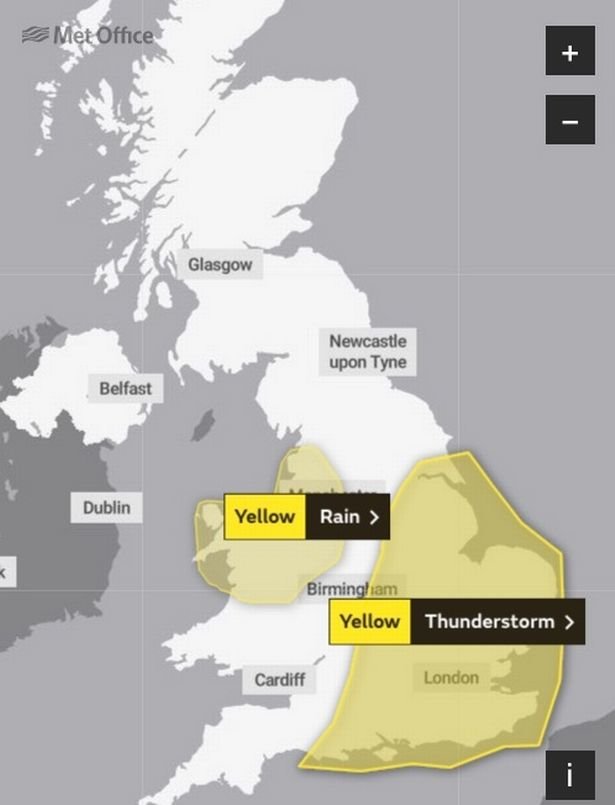 Flash flooding affected many roads in Stirling and Edinburgh.

In Stirling, Castleview Primary and Wallace High schools are expected to remain closed.

Edinburgh and Stirling had been hit with flash flooding and thunder with one man stranded on a car roof.

Thunderstorms powered up by a plume of warm continental air have begun to unload “hefty downpours” and flashes of lightning over the UK.

On Tuesday morning, Hastings saw 13mm of rain fall in one hour, while 10mm was recorded at Sandhurst, the Met Office said.

Forecasters warned of “challenging” conditions for the morning commute, with a risk of localised flooding and surface water on roads posing a hazard to motorists. 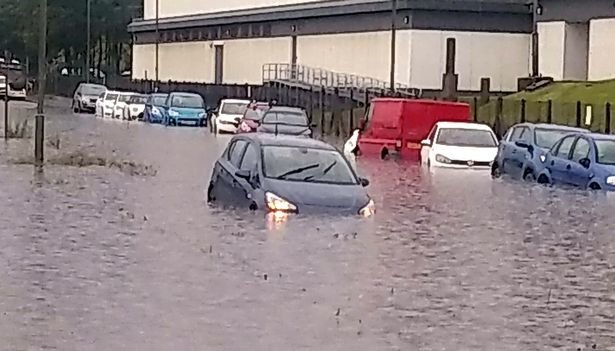 Met Office meteorologist Simon Partridge said: “The storms have arrived along the south coast of England from the Isle of Wight to the Dove Strait with increasing amounts of thundery activity.

“Those storms are expected to clear by the time we get to 7am, leaving some light rain for an hour or so before it gets drier through the morning.

“The storms will continue north-eastwards over parts of East Anglia and the Humber before edging out over the North Sea.

“There could be some localised flooding, but certainly some surface water flooding which can cause problems to drive through as well as spray.

“So the early morning commute could be challenging, especially in areas north of London as that’s where the heaviest rain will be at that point.” 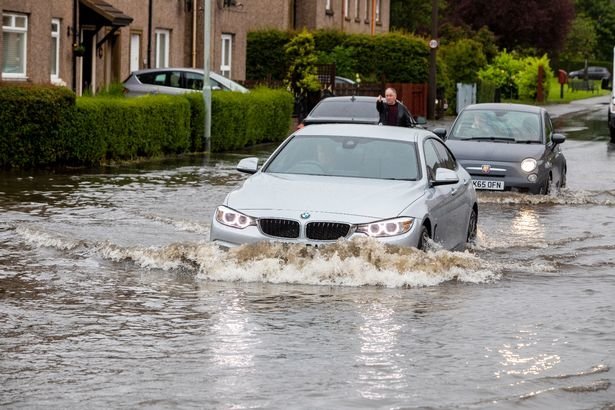 As well as problems on the roads, passengers using some southern routes have been advised to check for potential disruption to journeys.

The storms are being fed by an area of warm air that brought a muggy night for many – with temperatures only falling to 20C in some parts of the South East.

The mercury is expected to climb quickly after the lively weather moves through, with up to 27C (80F) expected in parts of the south on Tuesday afternoon.