Payback time: Butchering breast surgeon Ian Paterson, who has a lavish property portfolio including a home in Florida, is ordered to return £216,000 he received in legal aid at his trial

Rogue breast cancer surgeon Ian Paterson must pay back £216,000 in legal aid he received at his trial for butchering patients, it was announced last night.

The Legal Aid Agency said following an investigation into a property empire owned by the disgraced doctor, who was jailed after mutilating hundreds of women on the operating table, it was ‘taking immediate action to get every penny of taxpayers’ money back’.

Paterson, formerly of Altrincham, near Manchester, practised at both private and NHS hospitals in the West Midlands and exaggerated or invented cancer risks among patients, claiming payments for performing more expensive procedures in some cases. 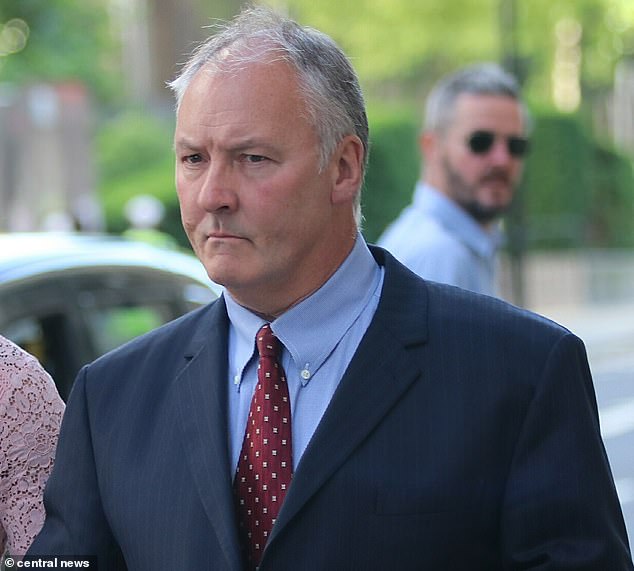 Ian Paterson (pictured outside the Old Bailey), formerly of Altrincham, near Manchester, practised at both private and NHS hospitals in the West Midlands

Paterson’s ‘experimental mastectomies’, in which he failed to remove all tissue, meant the disease returned in many of his patients – with at least 675 of 1,207 who had undergone the unregulated procedure dying by 2017. Others had surgery they did not need, with some finding out years later they did not have cancer.

The father of three, who police said had a ‘God complex’, was jailed for 20 years in 2017 after being convicted of 17 counts of wounding with intent and three counts of unlawful wounding between 1997 and 2011.

In the aftermath of Paterson’s convictions, details emerged about his lavish property portfolio and love of expensive paintings and fine wine.

A probe into how Paterson was deemed eligible for £216,000 legal aid, despite his apparent wealth, was announced in September 2018. It followed a Freedom of Information request by the Daily Mail that revealed it dwarfed the amount of compensation given to most of his victims – on average about £50,000 – and the revelation he had an extensive property empire in the UK and Florida. 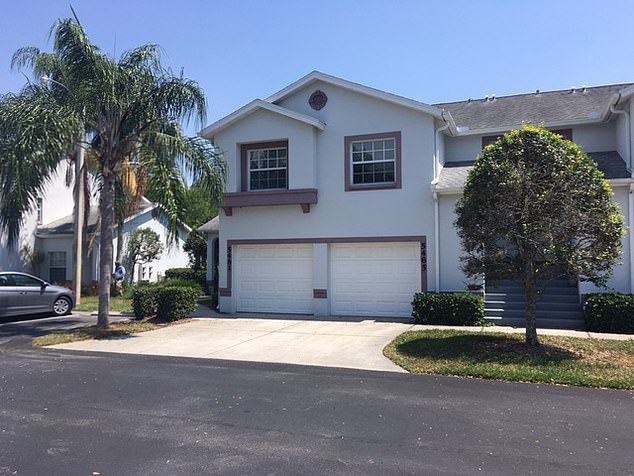 In the aftermath of Paterson’s convictions, details emerged about his lavish property portfolio and love of expensive paintings and fine wine. Pictured: Ian Paterson’s home in Florida

In 2015 the Scottish-born surgeon bought a three-bedroom condominium in Florida, which he still co-owned in 2018. According to Manatee County property records, Paterson, 62, owned the house with his twin daughters. It was estimated to be worth £107,000 two years ago.

But the US property was nothing compared with his former UK family home in Edgbaston, Birmingham. The Grade II-listed Georgian mansion was sold in July 2013 for £1.25million. It boasts eight bedrooms, four reception rooms, a wine cellar and a coach house converted into a gym.

The house was conveniently located for the £13,000-a-year King Edward’s School where his son, a barrister, was privately educated, and the King Edward VI High School for Girls, where his daughters studied. He had also invested in buy-to-let properties.

Paterson and his wife Louise, a physiotherapist, divorced shortly before his trial.

Sources said applications for legal aid are subject to assessments of an individual’s finances, which includes credit check agencies and HM Land Registry. 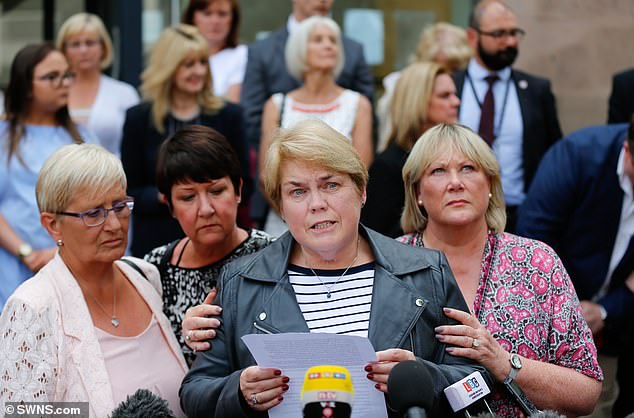 Ann Butler, chairman of the Breast Cancer Support Group, told the Mail in 2018: ‘I don’t think he should have had legal aid. It is a disgusting amount of money when you consider the five-figure compensation awarded to many of his victims. It makes me feel very angry and very disappointed with the British justice system.’

At the time of the Mail’s 2018 report about his legal aid bill, the Ministry of Justice said officials wanted to establish whether the doctor ‘deliberately moved assets to qualify for legal aid’.

A Legal Aid Agency spokesman told the Daily Mail: ‘We’ve completed our investigation into Mr Paterson’s claim and are taking immediate action to get every penny of taxpayers’ money back.’

This week an official report said all 11,000 former patients treated by Paterson must be recalled so checks can be made.

It laid bare a litany of blunders which allowed the surgeon to continue practising.