The PM is desperately trying to secure the Cabinet's support for a back-up plan which could see Britain tied to the customs union after Brexit. 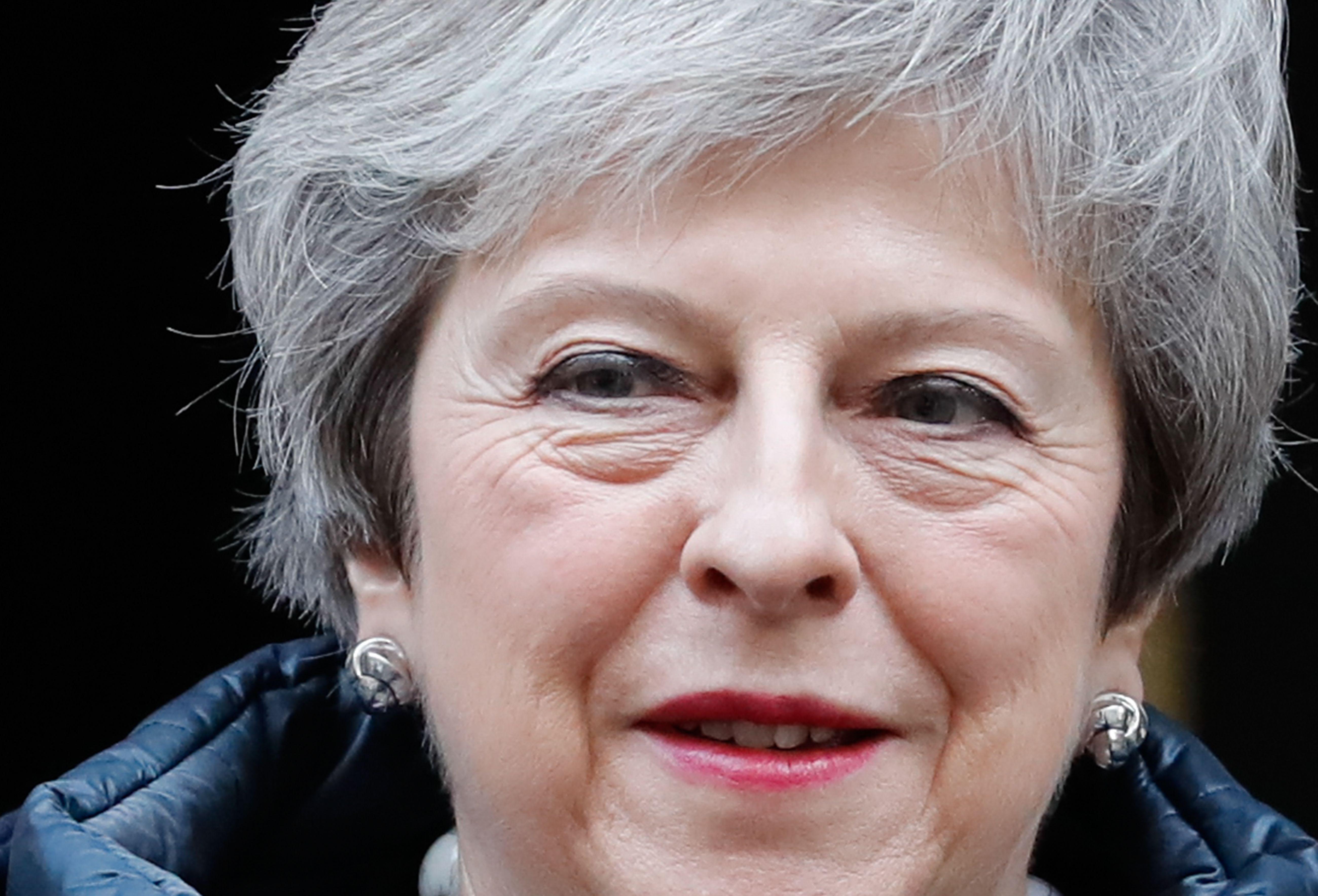 There's just a week left before No Deal plans are set to be ramped up, and serious preparations for leaving without an agreement go ahead.

No10 sources say no deal is likely at all this week, but Mrs May is set to redouble efforts to get an agreement signed off within three weeks, so there's enough time for MPs to vote on it.

A special summit could be hosted later this month if the Cabinet and EU negotiators agree on a draft to solve the issue.

She got a boost last night from Brussels as it emerged that Eurocrats were willing to offer a compromise on the backstop – sending the pound soaring overnight as hopes for a deal rose. 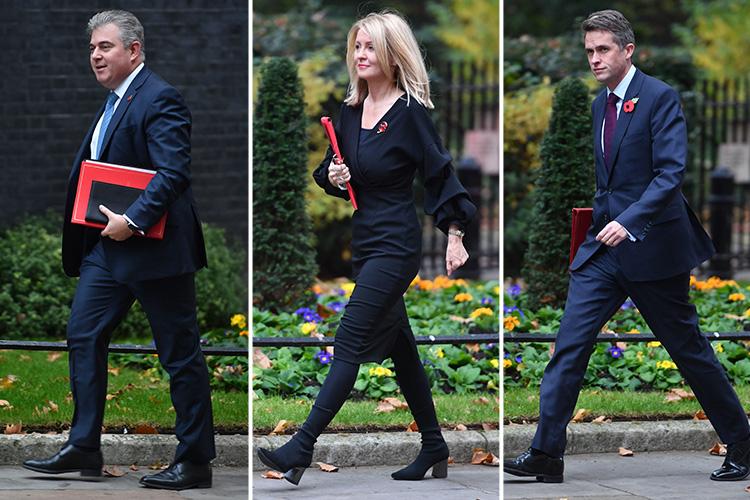 But her ministers won't support the Irish plans unless we have the right to end the customs union deal at a time of our choosing.

The Sun revealed today that Brexit boss Dominic Raab and other pro-Leavers will urge Mrs May to face down the EU and insist that our demands are non-negotiable.

They will call on the PM to insist on a mechanism in the Brexit deal for Britain to stay in control of how long it stays in any backstop customs union to keep the Irish border open.

One Cabinet minister told The Sun: “We must have control of the backstop. If Theresa doesn’t stare down the EU and win a mechanism that does this, the whole argument is immaterial as there is zero chance of passing the Commons."

What is the Irish backstop plan and why does it matter?

The so-called "backstop" proposal is a back-up plan for what will happen with Northern Ireland in the event Britain and the EU don't get a deal after we leave the bloc.

Ireland will be staying in the EU but Northern Ireland is leaving, and both sides are keen to avoid a return to the hard border which saw so much fighting and violence during the Troubles.

Both sides want to make sure there are as few checks between North and South as possible.

Brussels wants Northern Ireland to remain part of the EU's customs union if we don't get a Brexit deal to ensure trade flows smoothly.

But the PM says she can't possible split off Northern Ireland from the rest of the UK.

Not least because that would anger her allies in the DUP, which Mrs May relies upon to keep her Government afloat.

She wants to keep all of the UK in a customs union if there's no Brexit deal.

However, Brexiteers won't accept us being tied to the EU forever – and their rules.

They want to make sure Britain can have an exit mechanism so we can get out when we choose.

Brussels wants it to be a mutual decision.

This issue has been troubling Brexit talks for months, and is one of the final sticking points in signing off a Withdrawal bill in the coming weeks. 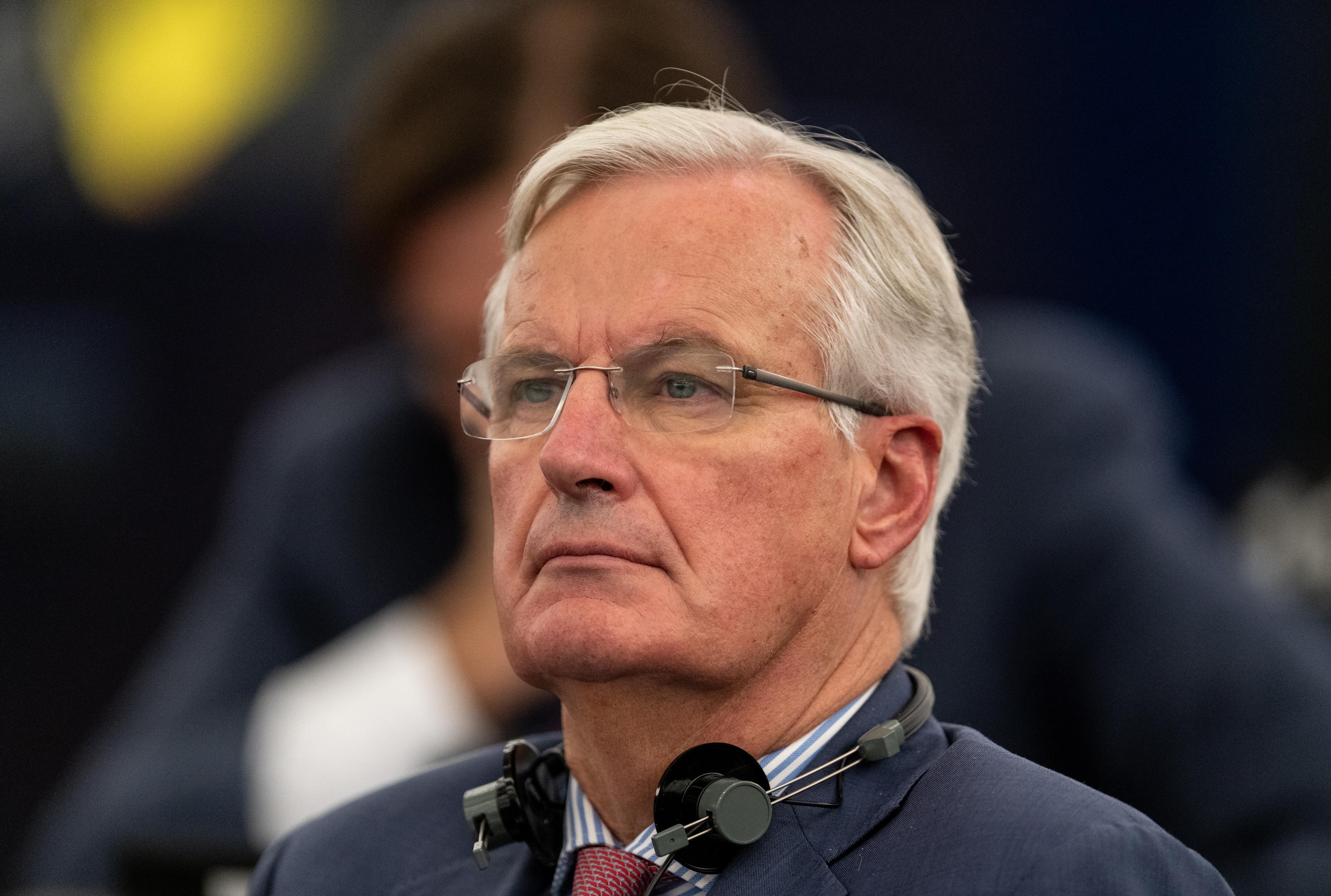 Mrs May phoned the Irish Taoiseach Leo Varadkar to propose “a review mechanism” in a bid to find a compromise, which he said was open to considering.

But Mr Varadkar warned it could only ever be triggered with the agreement of both sides, or the backstop “isn’t worth the paper it’s written on”.

If Brussels had the power to sign off our exit, they could keep us tied to the bloc for as long as they wanted.

The 21-month transition period will see negotiators thrash out an agreement to keep trade flowing, but the backstop proposal is to decide what happens in the event talks break down in that time.

Bloomberg reported that the UK could commit to a union that we could only leave by mutual consent with the EU – but that would mean Brussels would get the power to decide. They said that new options were being put to ministers today.

But Michel Barnier said this morning: "I’m not in a position to tell you that we’re close to a deal because there’s still a real point of divergence."

No10 don't think a deal sill be signed off this week, but prospective dates for a an emergency Brexit summit are being discussed already.