Campaigners are calling for a second vote – dubbed the "People's Vote" after Britain opted to leave the European Union on the UK's final deal.

The march across the capital started at midday – with up to 80,000 people expected to take to the streets.

Crowds waved banners and flags reading "Brexit will make us all poorer," "no goodbye based on lies" and "strength in EUnity".

The protesters began at Pall Mall before marching down Whitehall before ending up in Parliament Square.

It comes as it was revealed EU boss are planning to not recognise UK qualifications for more than 6,000 jobs – including gas engineers and dance teachers. 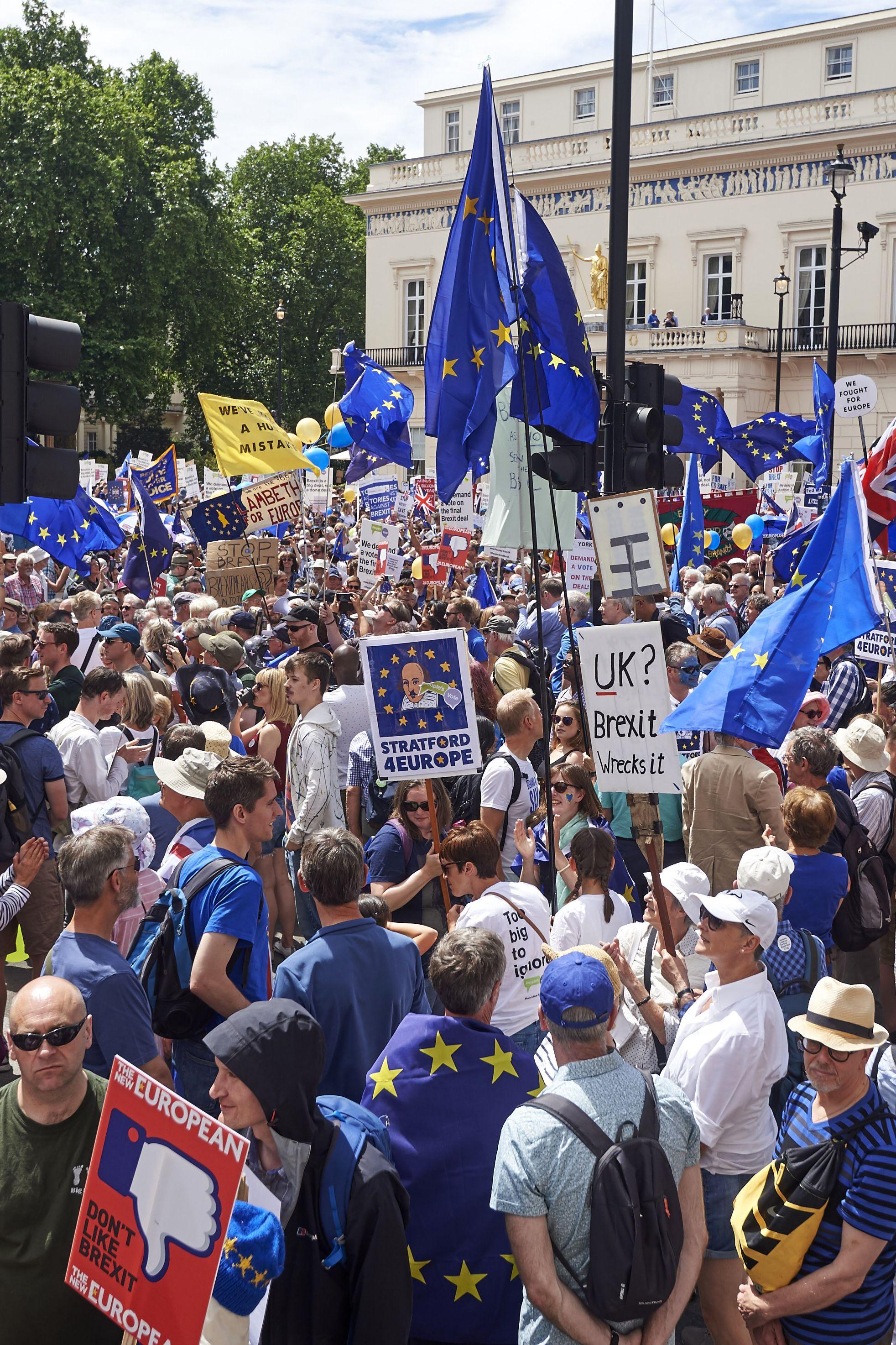 The European Commission warned the directive that accepts the British job qualifications would expire if there is no withdrawal agreement, lMail Online reports.

Today's event has been organised by a number of lobbying groups against Brexit – including Open Britain, the European Movement, Scientists for EU and For Our Future's Sake.

Co-founder of For Our Future's Sake Jason Arthur said in a video posted on Twitter: “I’m here marching with thousands of people because ultimately we care about the future of this country. 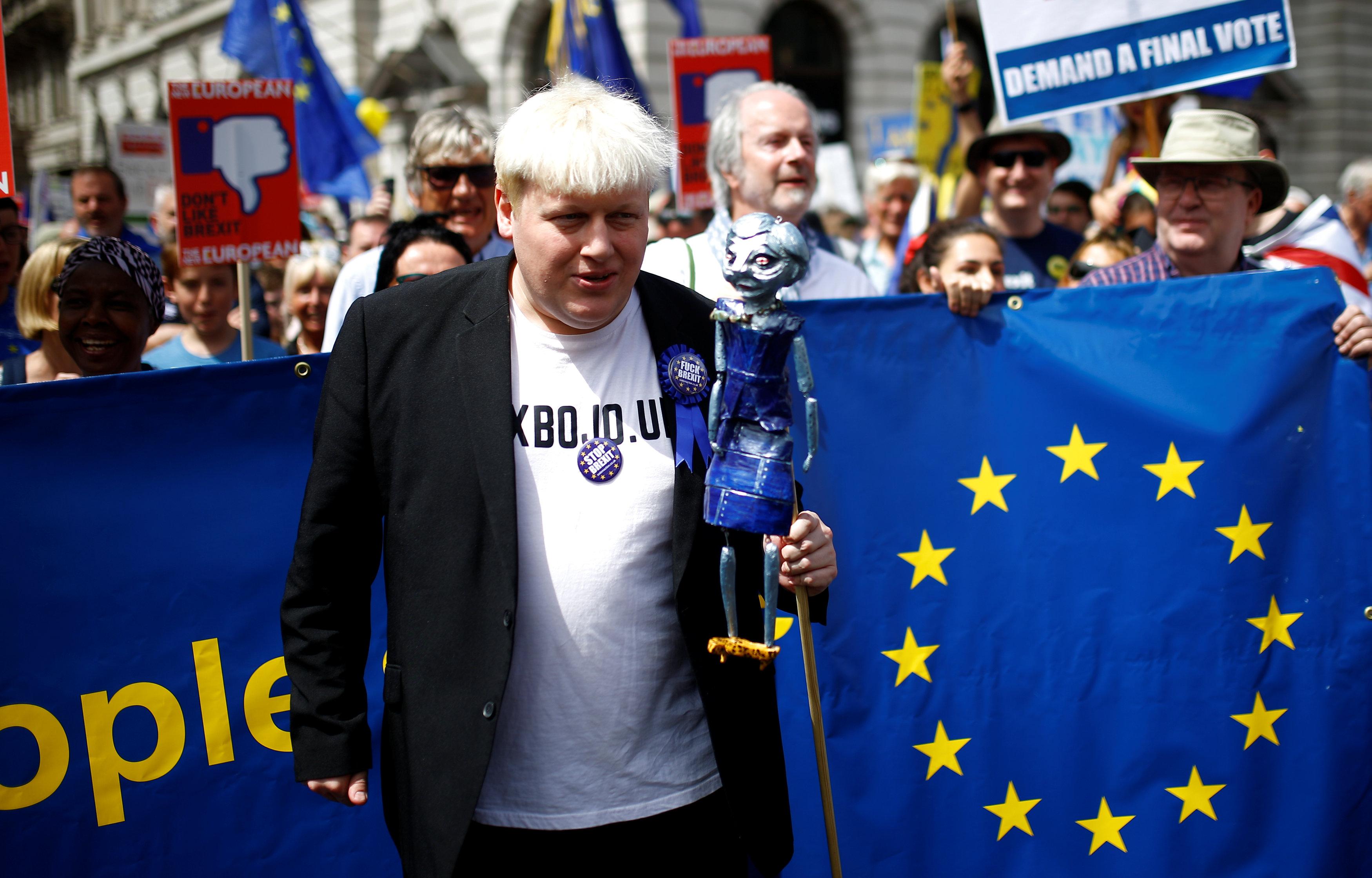 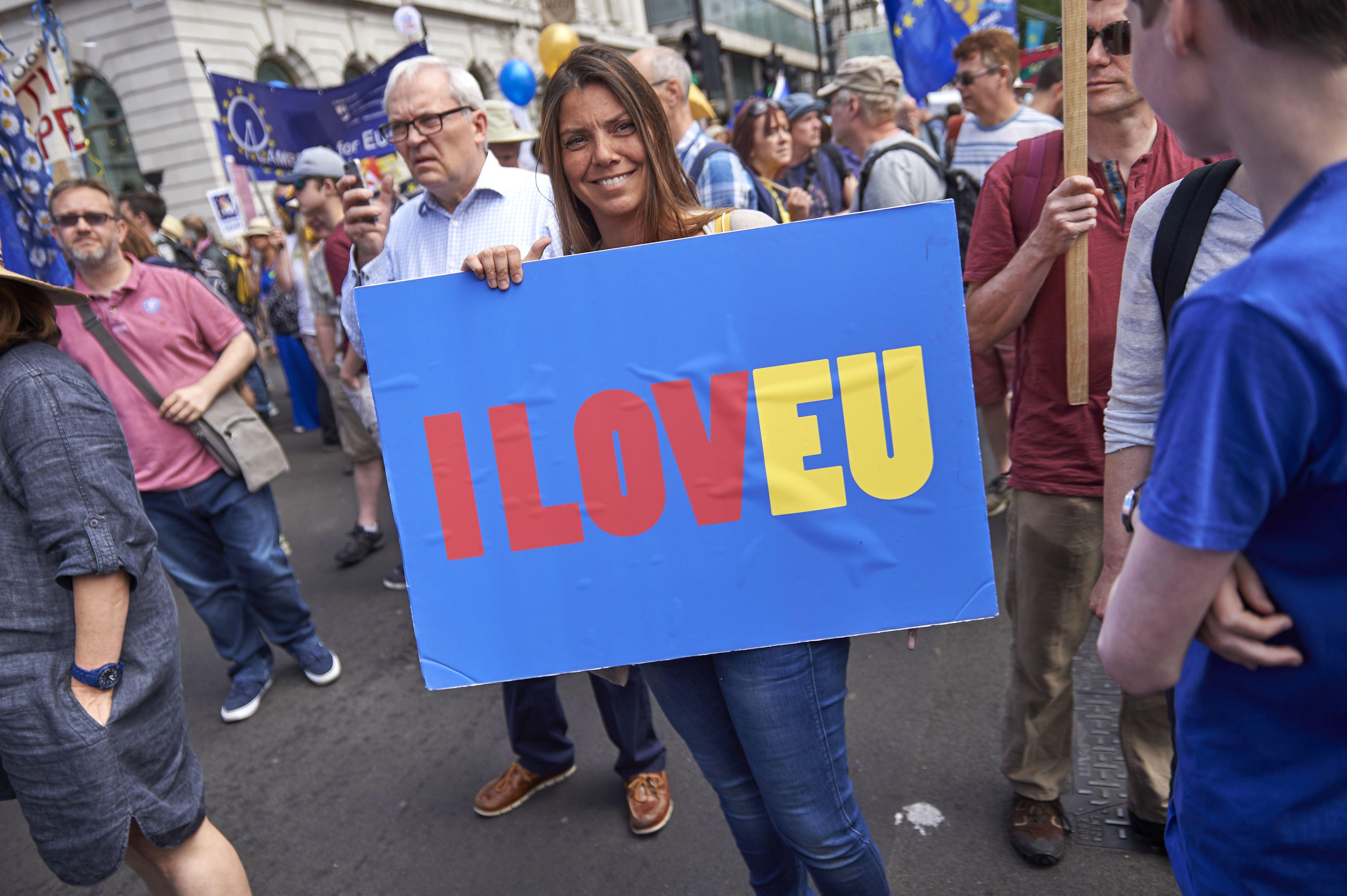 He added: "We are going to make our voices heard and make sure the government realises that our future is best served by remaining in the European Union."

Roads closures are currently in place ahead of a planned rally at 3pm.

Talking to The Sun, he said people would not tolerate a "bog roll Brexit" that was "soft, yielding and seemingly infinitely long".

International Trade Secretary Liam Fox said the UK was not "bluffing" about being prepared to walk away from talks with Brussels, and Brexit Secretary David Davis said there is "lots going on" to prepare in case negotiations collapse.