A British botanist posted to Papua New Guinea to pursue a dream role in the south Pacific nation has said he was forced to flee after his attempts to counter cheating and corruption were met with jail threats.

Professor John Warren, 56, and his wife Cathryn had left Wales to settle in the exotic island nation two years ago as the new vice-chancellor of the country’s University of Natural Resources and Environment.

But attempts to rid the institution of cheating, culminated in threats ­over lengthy court cases and instructions to ‘get out of there’ – forcing the professor to resign and immediately go into hiding and flee under the cover of night to Australia. 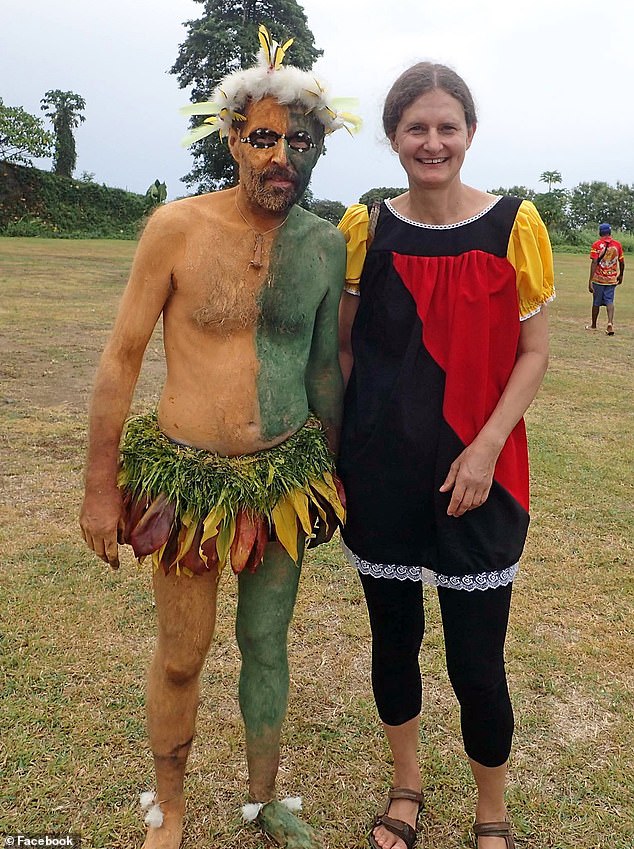 Professor John Warren, 56, (left) and his wife Cathryn (right) said they were forced to flee Papua New Guinea after attempts to counter cheating and corruption were met with jail threats

It’s the second time an expatriate vice-chancellor in PNG has left the country over reported legal threats.

The botanist said he had tried to crack down on cheating, improve academic standards and appoint staff based on merit rather than tribal allegiances but university staff opposed the changes.

‘Most staff didn’t understand that to pass a degree, you have to get 50 per cent overall,’ he told The Sunday Telegraph.

‘They couldn’t calculate percentages and there were a huge number of errors. There was no standard marking criteria.’

Professor Warren, originally from South Yorkshire, resigned from his post at Aberystwyth University and said he tried to introduce simple procedures, like using spreadsheets to calculate marks.

But he alleges university staff had no interest in the students or academic standards and told him to ‘just concentrate on getting money in and we’ll run the university’. 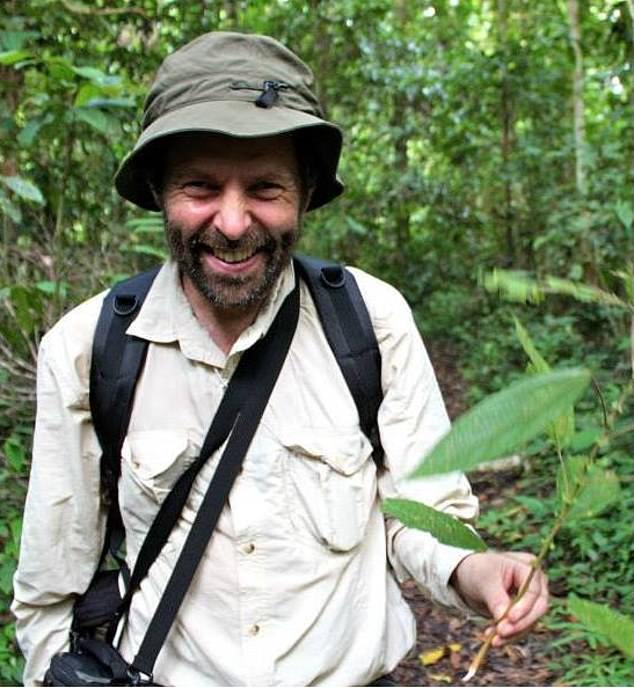 He alleged the university’s council and chancellor Kenneth Sumbuk did not agree with a decision he made in appointing a candidate to a new pro vice-chancellor role.

‘He came to the university two weeks before a council meeting and threatened me, and was very intimidating,’ Professor Warren told The Australian.

‘My position became untenable and I handed in my notice after that meeting,’ he said. ‘Shortly after that I got wind of a court order being served on me.’

Professor Warren explained that because Papua New Guinea has tough libel laws, once a court order is served ‘you can’t leave the country because immigration will stop you’. 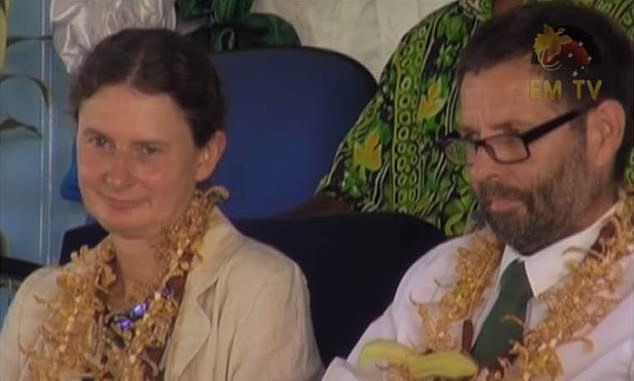 Fearing malicious legal ­action and with advice from the British High Commission to ‘just get out of there’ he resigned and spent 48 hours hiding in a friend’s house before flying to Australia and eventually home to Wales.

However, Professor Sumbuk has denied these threats, instead accusing his vice-chancellor of illegitimately removing the university’s registrar, bursar and ­accountant, one of whom then ­decided to take legal action.

‘The University of Natural ­Resources council did not want to remove John Warren because he is a white man or an Englishman,’ he told The Australian. ‘He was about to be sacked because he was an incompetent vice-chancellor.’

Albert Schram, the Dutch vice-chancellor of Papua New Guinea’s University of Technology, also alleged he had made attempts to tackle fraud which led to claims from his colleagues that he faked his doctorate.

He fled the island in May after being released on bail.

Professor Warren said he has decided to retire from academia and hoped to run a sheep and pig farm in Wales.