Britain tells Iran: release ship to 'come out of the dark'

LONDON (Reuters) – Britain told Iran on Monday that if it wants to “come out of the dark” it must follow international rules and release a British-flagged oil tanker seized by its forces in the Gulf. 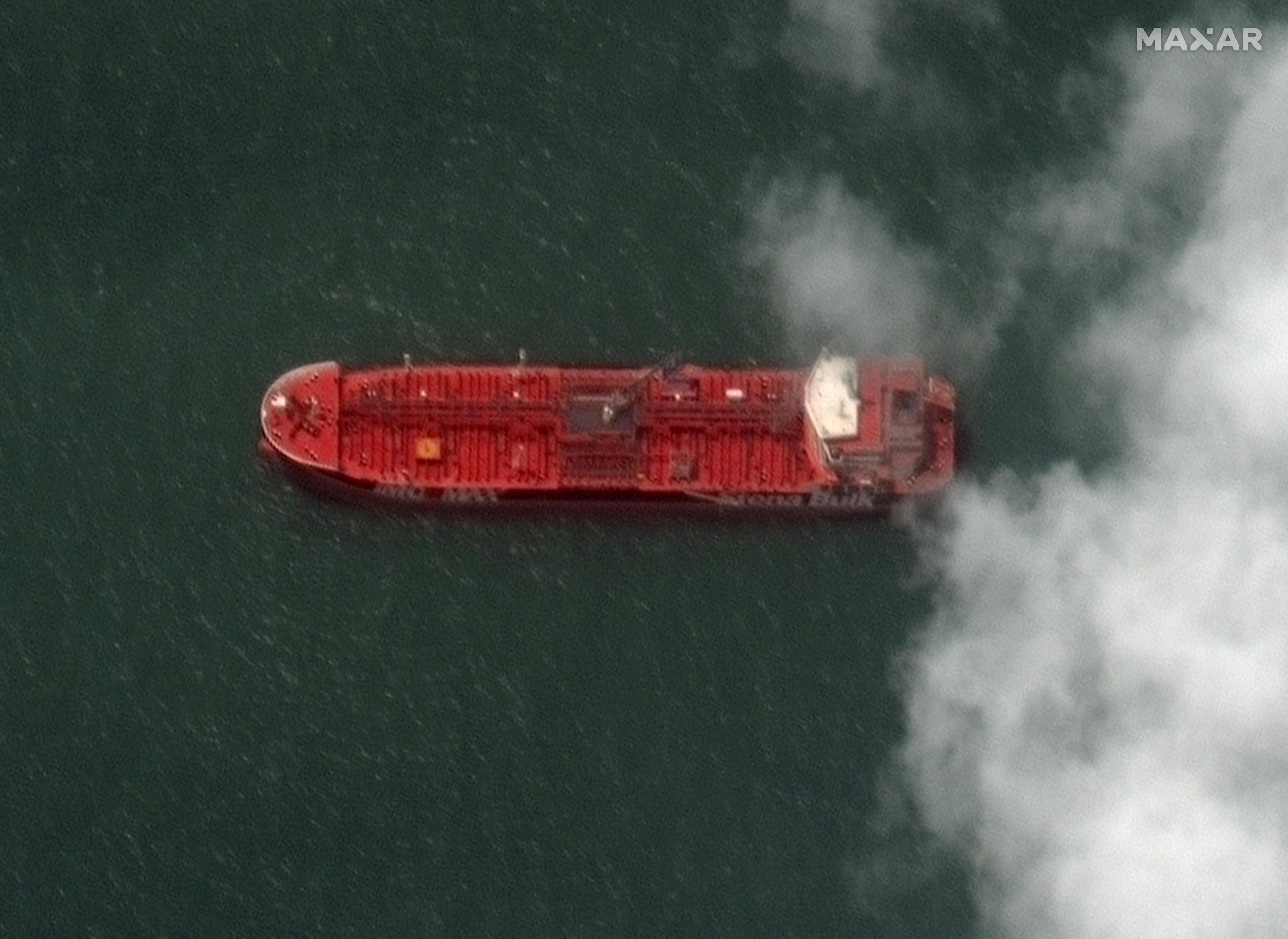 Iranian commandos seized the Stena Impero near the Strait of Hormuz, the world’s most important waterway for oil shipments, on July 19. That was two weeks after British forces captured an Iranian oil tanker near Gibraltar accused of violating sanctions on Syria.

“If the Iranians want to come of the dark and be accepted as a responsible member of the intentional community they need to adhere to rules-based system of the international community,” Foreign Secretary Dominic Raab told Sky News.

Tehran is angered by renewed sanctions imposed by the United States and what it sees as the failure of Britain and European powers to protect it from the fallout of Washington’s withdrawal from a nuclear agreement between Iran and world powers.

Under the 2015 deal, international sanctions on Iran were relaxed in exchange for Tehran curbing its nuclear program.

Britain last week started sending a warship to accompany all British-flagged vessels through the Strait of Hormuz, a change in policy announced on Thursday after the government previously said it did not have resources to do so.

The Defence Ministry said on Sunday that a second warship, the HMS Duncan, had arrived in the Gulf to support the passage of British-flagged ships through the strait, joining the HMS Montrose.

Raab made his comments on Monday as Iran’s elite Revolutionary Guards published footage purportedly showing the Guards warning off a British warship during the seizure of the Stena Impero.

The video, published by the semi-official Tasnim news agency, contains footage of the capture of the tanker, showing Guards abseiling onto the deck from a helicopter, with the audio recording superimposed.

“You are required not to interfere in these issues,” the Guards’ navy representative says.

“This is British warship foxtrot two three six. I am in the vicinity of an internationally recognized strait with a merchant vessel in my vicinity conducting transit passage,” a voice with a British accent replies.

NOT ‘SOME KIND OF BARTER’

In another interview on Monday, with BBC radio, Raab said that the two seizures of ships were not equivalent.

“Grace 1 was intercepted because it was in breach of sanctions and heading with oil for Syria and that was the intelligence,” he said, referring to the Iranian ship seized by Britain.

“We were absolutely lawful entitled to detain it in the way we did. The Stena Impero was unlawfully detained. This is not about some kind of barter. This is about the international law and the rules of the international legal system being upheld and that is what we will insist on.”

Iran has said it did not capture the Stena Impero in retaliation for the Grace 1 seizure.

Raab was asked if he hoped for U.S. support for a British-proposed European naval task force to protect shipping in the Strait of Hormuz. He said he wanted to see a European-led approach but it would be important to have the initiative have U.S. support to make it “viable and effective”.

The Iranian video aired on Monday also contains an exchange between the Guards and the same British warship during a stand-off in mid-July involving the British Heritage oil tanker, according to Tasnim.

Aerial video footage of the warship, recorded by an Iranian drone, is shown during the second round of exchanges, Tasnim reported.

Three Iranian vessels attempted to block the passage of the British Heritage through the Strait of Hormuz but withdrew after warnings from a British warship, the British government said on July 11.