British Airways steward wins £13,000 payout after bite from venomous insect nearly cost him his hand and even his life 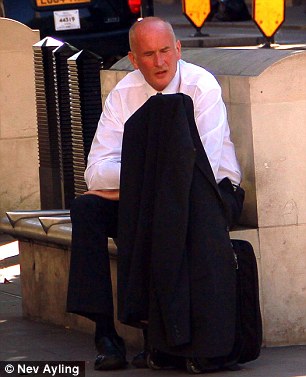 Terry O’Driscoll, 50, was bitten by an insect during a flight in May 2013. He claimed damages from BA for failing to keep safe his place of work and has been awarded £13,000

A British Airways steward who feared losing his hand after he was ‘nipped’ by a venomous insect during a long-haul flight has won £13,000 in damages for his ordeal.

Veteran flight attendant, Terry O’Driscoll, was bitten on the left forefinger while relaxing in the crew rest area during a flight from Heathrow to the US in May 2013.

Although the insect was never definitely identified, an expert said the brown recluse spider, a poisonous American native insect, was a likely culprit.

The 50-year-old said he was leaving his bunk on board the BA jumbo jet travelling to Denver, Colorado, when he ‘felt a nip’.

At first, he barely noticed it because it was ‘quite small’, he told Central London County Court.

He didn’t mention it at the time, only becoming alarmed several days later when his finger became ‘increasingly sore’.

‘It was so small, just a tiny little thing,’ he told Judge Susan Jackson.

‘It just looked like a normal little insect bite, I got bitten in the bunks quite regularly. It wasn’t that unusual an occurrence.’ 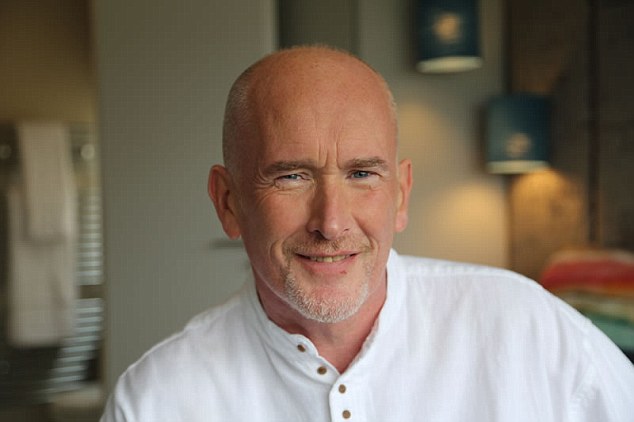 The 50-year-old said he was leaving his bunk on board the BA jumbo jet travelling to Denver, Colorado, when he ‘felt a nip’ 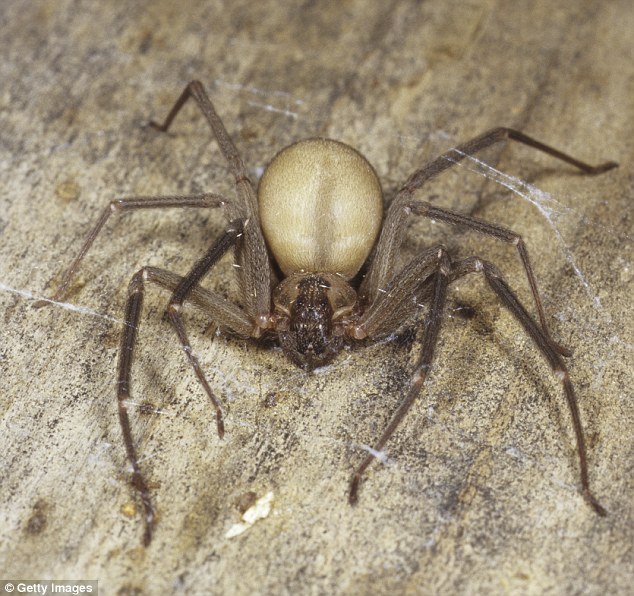 Although the insect was never definitely identified, an expert said the brown recluse spider (pictured), a poisonous American native insect, was a likely culprit

But Mr O’Driscoll started to panic when his left hand swelled dramatically, and he checked into hospital near his home in Cork.

‘I got to the hospital and they were talking about trying to save my hand,’ he said.

‘It was pretty scary stuff and I was petrified when I got to that hospital.’

The bite had ‘catastrophic consequences’, which one medical expert labelled ‘life and limb-threatening’, the court heard.

Intensive treatment ultimately fought off the infection caused by the bite and Mr O’Driscoll’s hand was saved.

As well as being a flight attendant with 30 years’ experience, he has carved out a successful career as an interior decorator in the west of Ireland.

His design work has featured in newspapers and magazines, and he has appeared on Irish TV’s popular ‘Showhouse Showdown’ series.

Mr O’Driscoll, originally from Bantry, claimed damages from British Airways for failing to keep safe his place of work.

BA denied all fault, suggesting that Mr O’Driscoll could have been bitten anywhere. 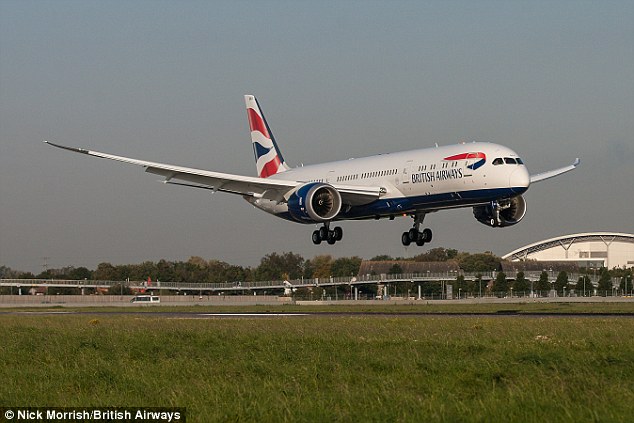 The bite had ‘catastrophic consequences’ which one medical expert labelled ‘life and limb-threatening’, the court heard. Pictured: A British Airways plane

They are also known as violin spiders due to the markings on their back.

The spiders are known for their powerful poison but are also said to be shy and not aggressive, with bites only happening because they share the same living space with humans.

The spiders favour living in dark corners and also live under furniture, boxes and books. They then generally move around at night for prey.

Bites from the spiders often result in a pimple-like swelling, although the worst ones can led to large lesions where surrounding tissue dies.

Lawyers also pointed out that international flights are ‘vulnerable’ to insect infestation, with bugs being unwittingly carried aboard by passengers and crew.

If Mr O’Driscoll was bitten while at work, it was ‘an unexpected accident which could not have been foreseen’, the airline argued.

Judge Jackson said BA’s campaign against on board insects had largely focused on attacking bed bugs which tended to nestle in aircraft seats.

The airline’s pest control experts viewed this as ‘the most prevalent hazard’, she added.

‘I accept that he was bitten in the cabin crew rest area as he has described,’ said the judge.

The airline had ‘poor reporting systems’ in place and failed to prevent the menace of insects in the bunk area, she added.

‘The measures they had in place were insufficient in regard to reporting,’ she told the court.

And the airline took a ‘reactive approach to eradicating non-bed bug insects’.

‘It seems to me Mr O’Driscoll is correct in saying this is a case in which he was bitten as a result of these failures.

‘I therefore find in favour of Mr O’Driscoll,’ the judge concluded, awarding him £13,000 compensation.

British Airways argued it was unclear what further preventive steps it could have taken, but was refused permission to appeal against the judge’s ruling.