British bartender is found dead 'inside her wardrobe' in Magaluf

A British bar worker has been found dead in her wardrobe in the Spanish party resort of Magaluf.

Danielle Finlay Brookes was discovered dead on Tuesday night at her flat in an apartment block near the famous resort’s brash Punta Ballena strip.

Local reports said she had been discovered lifeless inside a wardrobe at the property before police arrived after a concerned neighbour managed to get in.

Police sources said Danielle’s death was not being treated as suspicious at this stage. 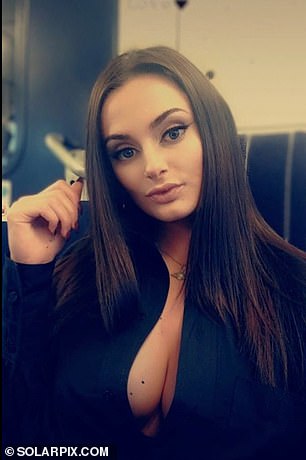 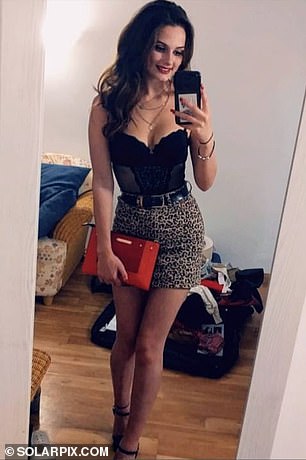 Danielle Finlay Brookes, a British expat who had been living and working in Magaluf for a number of years, was found dead at her apartment in the Spanish party resort late Tuesday

Well-wishers have already donated nearly £5,000 towards a GoFundMe appeal set up to raise money towards repatriation and funeral costs.

One of the two expats who set up the fundraising site is Meghan Tattersall, who was badly hurt in a hate-fuelled hit-and-run in Magaluf in May 2018 when she was mowed down by the ex-girlfriend of her new partner.

Kemi Coaker, 31, from Manchester, was handed a two-year suspended jail sentence in May last year after confessing to running over Meghan, 26, from Leeds, after a plea bargain deal.

The sales rep said in a Facebook tribute late yesterday/on Wednesday: ‘Your are my best friend and my angel high in the sky. I’m truly heartbroken.

‘I’m so proud to be able to spend everyday with you. Fly high my princess. RIP to my girl I’m so proud of. I love you.’

‘You were the life of the party everywhere you were. Hope you rest in peace. Magaluf won’t be the same without you.’

He added in a later post: ‘Sending all my love to everyone else who is struggling through this tough time.

‘Being stuck indoors, with your mind doing somersaults, thinking you’re not good enough, with the biggest challenge of the day being putting a smile on your face.

‘Thinking no-one would care if you just didn’t wake up the next day.

‘Today seeing all the support from the Maga family after losing an amazing girl who cared for everyone, makes me realise how life is too short and many people actually do care.

‘To all my friends and family, please check on those you haven’t heard from in a while.’ 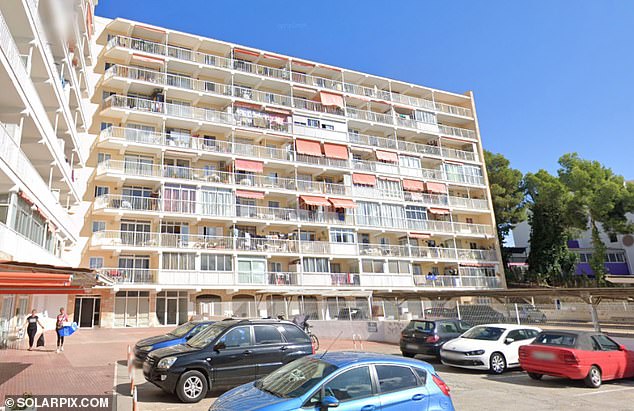 Local reports say she was found inside her wardrobe by a concerned neighbour who broke in then called police. Officers say her death is not being treated as suspicious (pictured, the apartment block where she lived)

Danielle, who described herself on social media as a ‘Queen building her own empire’ had worked in Magaluf for several years. She is thought to have lived alone.

She was described as a worker at the Three Lions Karaoke bar in October 2018 when she filmed Spanish police hitting a female tourist as she tried to break up a fight between two men.

She wrote alongside the footage, which was posted on a Facebook page for Magaluf residents: ‘Spanish Guardia for you – attacking a girl for no reason.’

She later wrote an impassioned statement about the incident, moaning Brits in the party resort were treated worse than muggers and prostitutes she claimed were ‘free to roam the streets.’

Emotional pal Rob Dury said: ‘No words can describe how much all your friends and family will miss that smile.

‘A beautiful young woman taken too soon. Thanks for being you. I will miss your hugs and chats.’

The latest tragedy comes just less than a month after the death of another much-loved Magaluf bar worker, 33-year-old Irishman Anthony Ennis.

He plunged to his death from his eighth-floor apartment in the party resort just after 5am on April 28.

Anthony, believed to be from Waterville, Co Kerry, worked at the well-known Stereo Bar in Magaluf.

He was described as a ‘diamond of a bloke’ by one friend after it emerged he had died.

The results of an investigation into his death have not been made public but police are not understood to be treating the incident as a crime.

Like Danielle, popular Anthony was gearing up for a much quieter season this year because of the coronavirus crisis.

Brits normally make up most of the holidaymakers flocking to Magaluf and its raucous Punta Ballena party strip in the peak summer season months.

But local tourism chiefs have predicted they could be outnumbered by other nationalities including Spaniards and Germans this year if a feared UK quarantine keeps them away.

He said alongside footage of the tragic expat singing Fergie hit ‘Big Girls Don’t Cry’ in happier times: ‘I’d just like to say a huge thank you to everyone that helped Danielle enjoy her last few years.

‘She loved Maga and everyone who drank in her bar. Thank you. Absolutely heartbroken. She will always be my baby girl.’