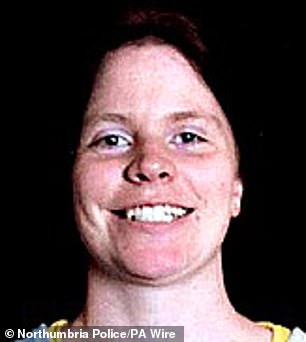 Natalie Bracht, 45, who holds dual British and Germany citizenship, was said to have travelled to Syria towards the end of 2014

A British ‘Jihadi’ bride who denies leading an all-female Islamic State unit in Syria is now back in the UK living on a canal boat and claiming Universal Credit.

Natalie Bracht, 45, who holds dual British and Germany citizenship, was said to have travelled to Syria towards the end of 2014 before begging to be allowed to return to the UK in October 2018.

She had most recently been living in Heidelberg, Germany, but when the coronavirus pandemic hit, she was repatriated, according to The Sunday People.

After visiting the British consulate in Dusseldorf Bracht was given a ticket for a British Airways flight to London on April 3.

On arrival in the UK she was then questioned for more than three hours by Special Branch under Schedule 7 of the Terrorism Act 2000.

The mother-of-nine told the paper: ‘They asked me where I had stayed in Syria. I had to tell them a couple of times, “Guys, I wasn’t in Syria.”‘

Bracht also said that she was asked for her thoughts on Brexit, elections and vaccines.

She said she had initially been put up in a £44-a-night Travelodge before moving onto a barge and claims she receives help from the Helping Households Under Great Stress organisation. 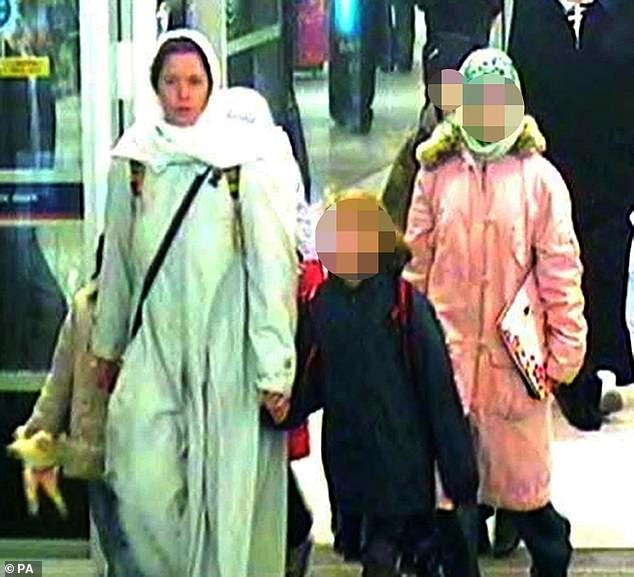 On arrival in the UK she was then questioned for more than three hours by Special Branch under Schedule 7 of the Terrorism Act 2000. Pictured: File image of Natalie Bracht at King’s Cross station, issued on November 18, 2008

Bracht now hopes to work as a busker and has claimed Universal Credit.

It was previously alleged that Bracht had married Celso Rodrigues da Costa, 31, an IS fighter from London after travelling to Syria and that she was among a group of Western women being held in Kurdish-controlled camps in northern Syria.

But she has now denied ever having joined Islamic State in Syria and said that living as a full-time terror suspect has made her stronger.

However, Bracht also said that she started volunteering in 2012 as an interpreter for the controversial campaign group Cage.

She translated letters for terror suspects held in prison all over the world because of concerns she had over Islamophobia.

She said: ‘They are in prison, then they are free again and then they are not convicted but treated for the rest of their lives as full-time terror suspects. They never had convictions.’

Cage has said that it had no ­record of Bracht volunteering.

Bracht’s comments come only weeks after Shamima Begum was involved in a legal battle to win back her British citizenship to return to the UK.

The 45-year-old said that Begum had been brainwashed on the internet and shouldn’t have been allowed to leave the country in the first place.

The Home Office said: ‘We do not comment on individual cases.’