British pensioner, 72, rescued after getting lost in Thai jungle for three days 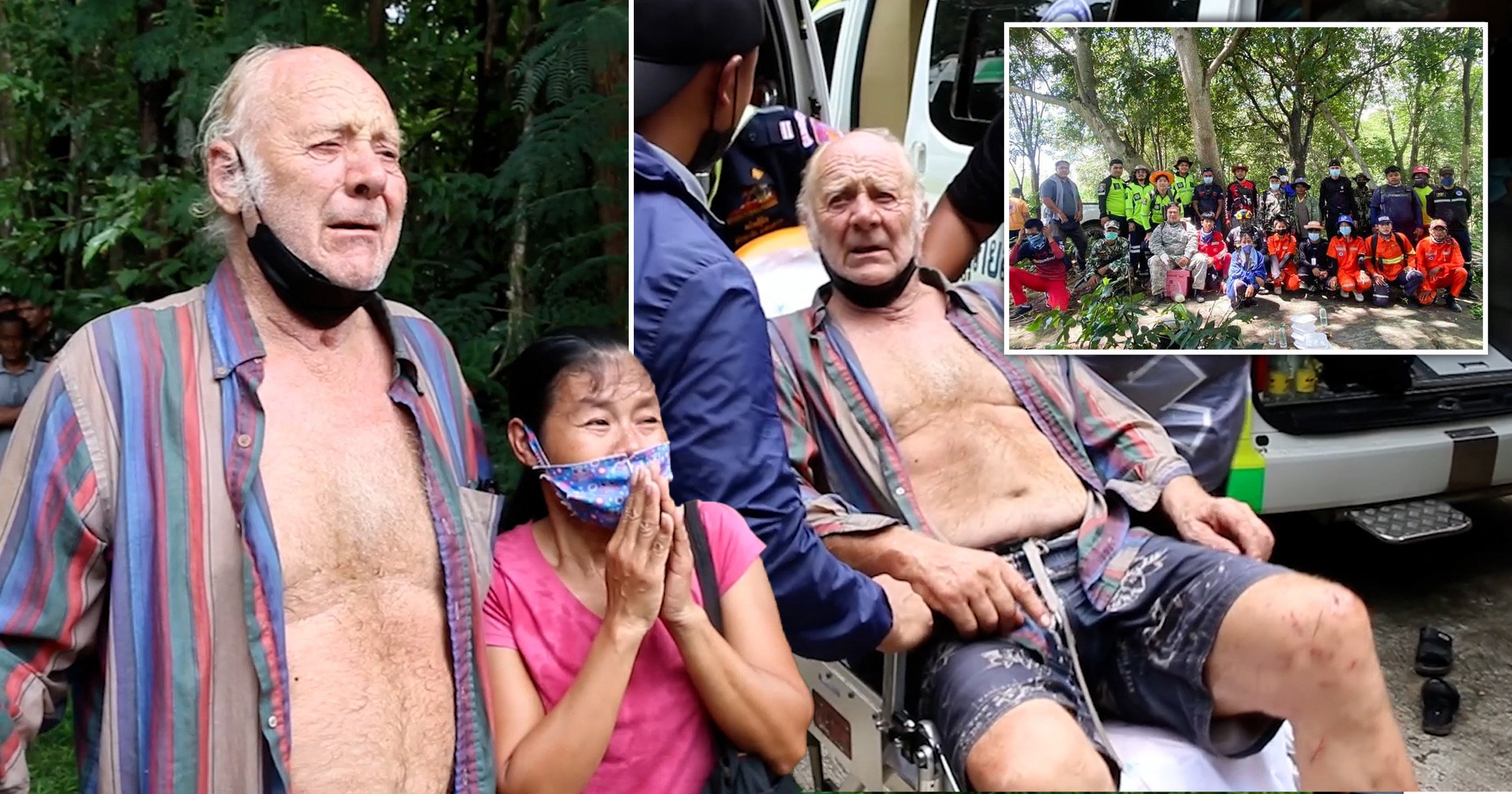 A British pensioner has been reunited with his wife after getting lost in a dense Thai jungle for three days.

Leonard Barry Weller was found by locals after surviving for 72 hours on fruit and rainwater.

The 72-year-old went into the forest on his motorbike on September 1 but he never came home to his wife Tawee Leonard, 49.

Both of them burst into tears when they were eventually reunited on September 3.

Dramatic footage shows the pensioner, originally from Hastings, in East Sussex, walking through the jungle in his socks after losing his shoes.

At one point, he stopped to tearfully thank his rescuers with his relieved and emotional wife.

Mr Weller had decided to ride his motorcycle into the forest in Khon Kaen province, in northeastern Thailand.

He parked his bike so he could enjoy a walk up a mountain but eventually realised he could not find his way back.

To make things worse, a monsoon rainstorm fell onto the area – which would have obstructed his view.

Even when Mr Weller climbed a tree to see if there was any clear way out from above, he could not.

Local residents found the pensioner on the mountain – with scratches on his legs, no shoes and his shirt torn open.

He had survived the 35°C temperatures by using a piece of grass as a straw to drink rainwater from puddles.

Although he had not eaten much, Mr Weller had managed to find some fruit in the forest.

Mr Weller, already tearful after being found, cried with his wife as she ran into his arms.

He said: ‘I’m wonderfully happy, I’ve never been so happy in my life. My feet are sore, otherwise, I’m happy. I’m hot but fine. I just admire the work that these people are doing, it makes me cry. They’re doing a good job.’

He told those who found him: ‘Thank you a million times.’