Body of British soldier, 22, killed protecting elephants from poachers in Malawi is returned to the UK

The body of a British soldier who was killed while protecting elephants from poachers in Malawi is being returned to the UK.

Matthew Talbot, 22, of the Coldstream Guards, died on Sunday in Malawi while serving his first deployment after training.

British Army soldiers carried his coffin, covered with a Union Jack, to the Kamuzu International Airport in the capital Lilongwe, during a tribute ceremony yesterday. 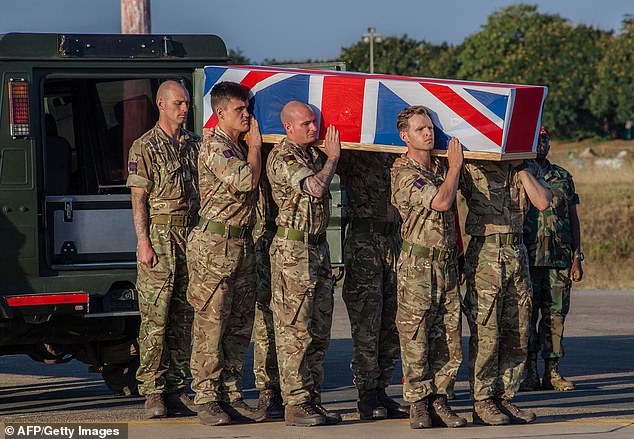 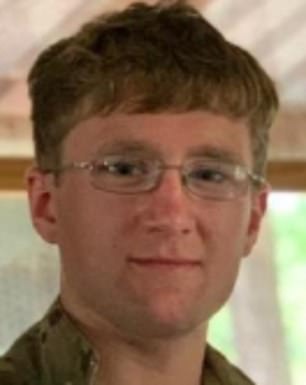 Mr Talbot was attacked after the group he was with spotted an elephant and quickly backed off, only for a second to loom up behind them

Oxfordshire County Council released a statement to say: ‘We have been advised by RAF Brize Norton that the repatriation of Guardsman Mathew Talbot of the 1st Battalion Coldstream Guards will take place on Tuesday, May 14, 2019.’

His body will then be taken to the John Radcliffe hospital in Oxford.

Mr Talbot was attacked after the group he was with spotted an elephant and quickly backed off, only for a second to loom up behind them.

It charged, trampling Guardsman Talbot under its feet.

The rangers fired shots and lit bangers to scare off the elephants but it was too late to save the soldier, who died of his wounds shortly afterwards. It was his first operational deployment. 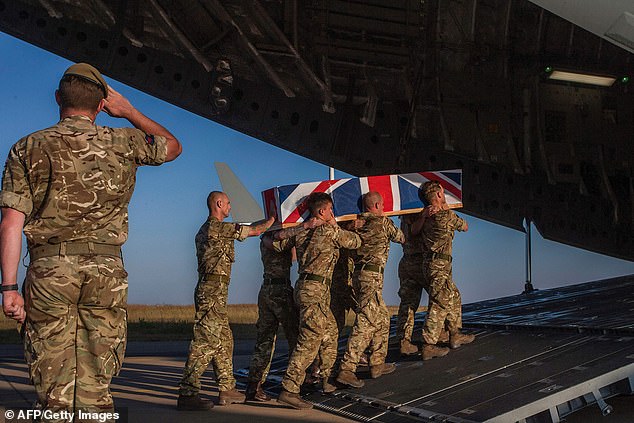 Matthew Talbot, 22, of the Coldstream Guards, died on Sunday in Malawi while serving his first deployment after training 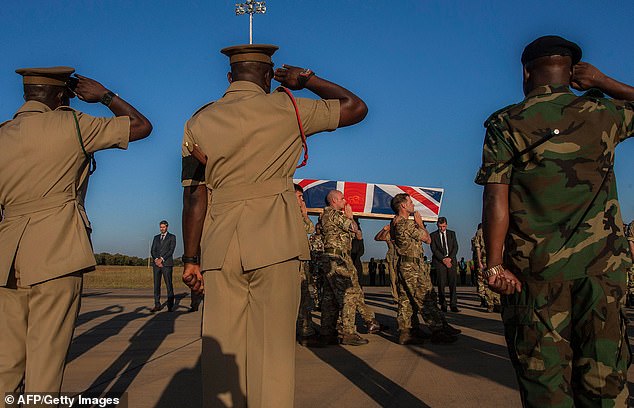 British Army soldiers carried his coffin, covered with a Union Jack, to the Kamuzu International Airport in the capital Lilongwe, during a tribute ceremony yesterday 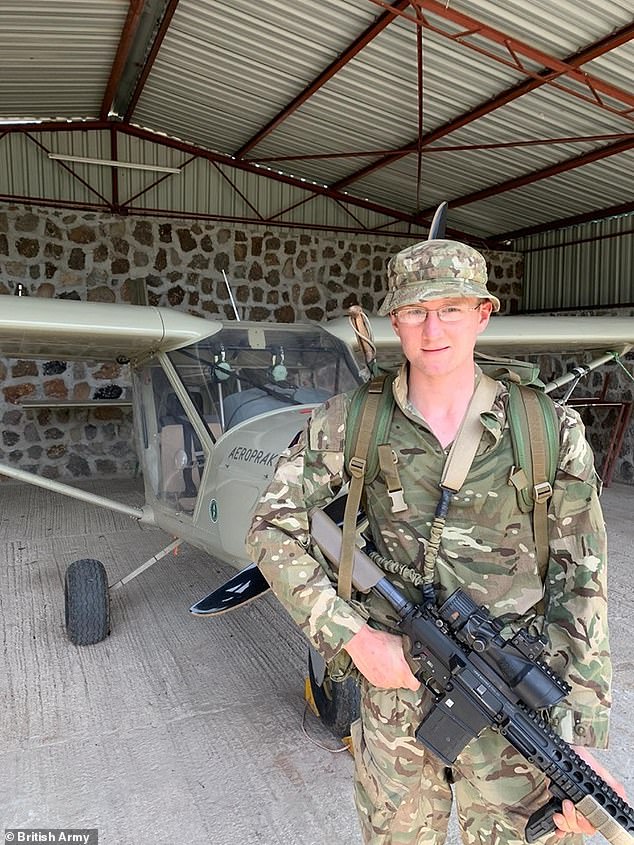 An Army source said last night: ‘At this time of year the grass is really long and it makes it quite difficult to see great distances.

‘Elephants are remarkably quiet creatures. Although they are noisy while they are eating they are really quiet when they are moving so it is quite easy for them to startle humans.’

Prince William, a fierce critic of poaching, is believed to have written to Guardsman Talbot’s family to offer his condolences.

It is understood the group was patrolling in Liwonde National Park in the south of Malawi.

Prince Harry visited Liwonde in 2016 and took part in an operation moving elephants 200 miles to another reserve.

He described being around elephants as a unique experience.

A defence source said: ‘You go to Malawi expecting it to be a safe deployment, it’s heart-breaking that this has happened.’ 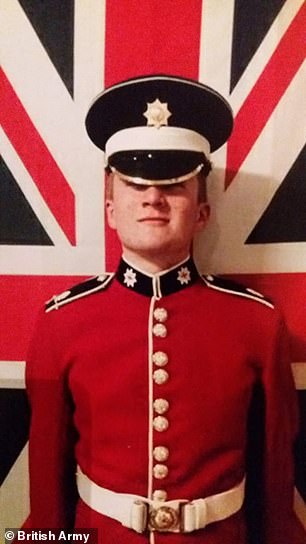 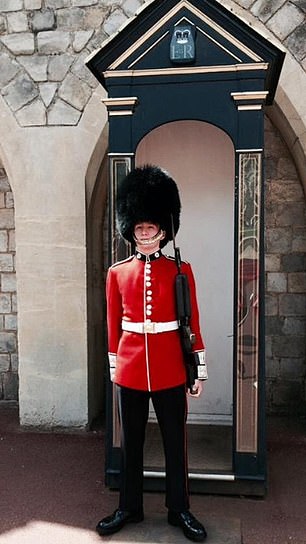 Lieutenant Colonel Ed Launders, Guardsman Talbot’s commanding officer, said the soldier was a determined and big-hearted man, who devoted his life to serving his country.

He added: ‘It was typical of his character to volunteer for an important and challenging role in Malawi.

‘He was hugely proud of his work as a counter-poaching operator, and tragically died doing great good.

‘Mathew was loved by his brothers in arms in the Coldstream Guards. We will sorely miss his humour, selflessness and unbeatable spirit.

British soldiers in the fight against poachers

UK troops have been deployed to tackle illegal poaching in Africa for years in an effort to bring down criminal networks making billions off the trade in illegal animal parts.

At least 120 rangers have been mentored by British soldiers so far. 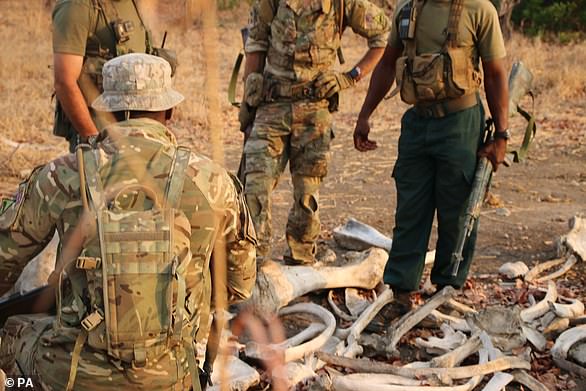 Former members of the UK intelligence community are also being used to provide intelligence-gathering training, using skills from Northern Ireland, Afghanistan and Iraq to help track and break up poaching networks.

The UK government has pledged £26 million up to 2020 to help fight the illegal wildlife trade.

Smuggling animal parts is thought to be the fourth largest illegal market in the world, after people, drugs, and weapons. 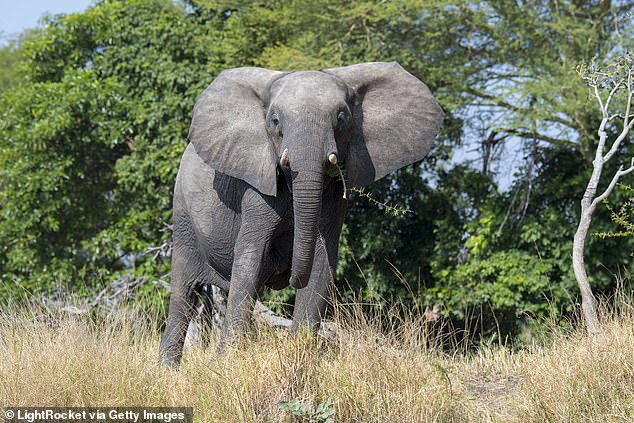 ‘My deepest condolences go to his parents, family and loved ones. My thoughts and prayers are with them at this desperately sad time.’

Defence Secretary Penny Mordaunt said Guardsman Talbot had served with great courage and professionalism and was carrying out vital work.

She said it was ‘a reminder of the danger our military faces as they protect some of the world’s most endangered species from those who seek to profit from the criminal slaughter of wildlife’.

A Ministry of Defence spokesman praised Guardsman Talbot for having befriended locals in Malawi and starting to learn the language.

A fan of photography and Frank Sinatra, he was also said to be an avid reader of military history.

His company commander, Major Richard Wright, said: ‘Guardsman Talbot bravely lost his life whilst ensuring that endangered species will be around for future generations to learn from and enjoy.’

Major Wright said the loss would be felt throughout the battalion, adding that he leaves behind his father Steven, mother Michelle, sisters Aimee and Isabel, and girlfriend Olivia. 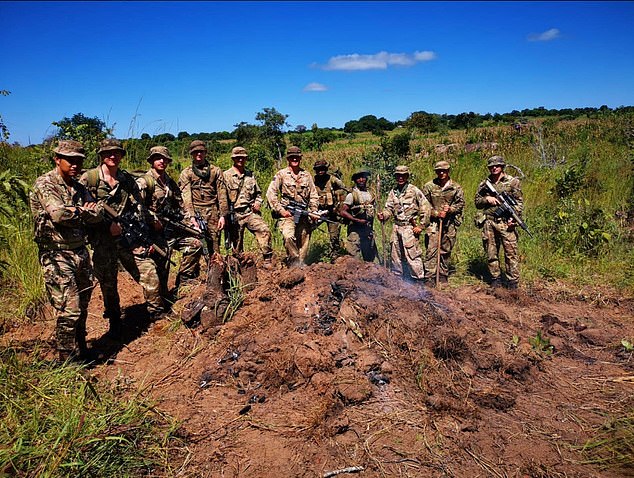 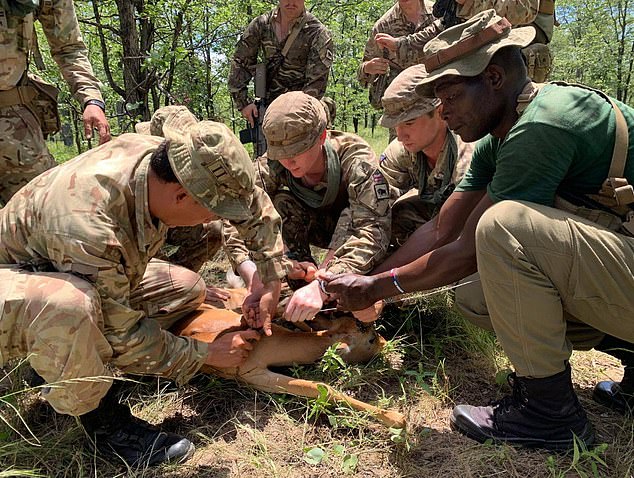 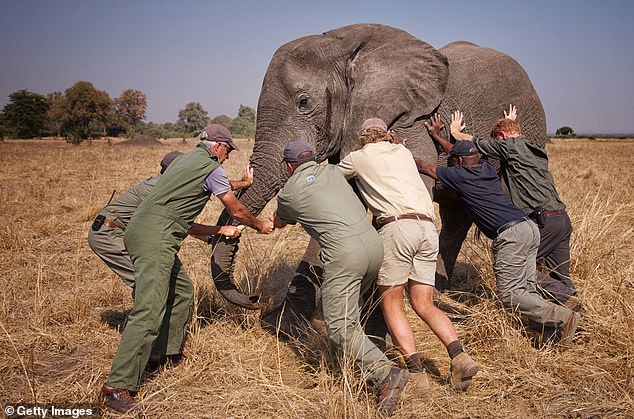 Prince Harry works in Malawi in 2016. He says of this picture: ‘A few of us trying to ‘tip an elephant’. This young male was fighting the sedative drug and was heading towards the trees, which would have made it very difficult for us to get him on the truck’

Guardsman Talbot was described by colleagues in the ranks as a ‘proud Brummie’, who worked hard and was always laughing and cracking jokes.

His death is the first on a military operation since SAS soldier Sergeant Matt Tonroe was killed in action in Syria in April last year.

Operation Corded, the name given to the Army’s counter-poaching deployment in Malawi, assists in the training of rangers in a bid to help them crack down on the illegal wildlife trade.

They are taught skills such as tracking, partnered patrolling, communications, surveillance, and intelligence-sharing.

The first deployment took place in August 2017. More than 30 British troops are based in Malawi.

Defence minister Tobias Ellwood said: ‘This may not have been a battlefield but it shows you that there’s danger inherent right across what our armed forces do.

‘It’s truly sad to learn of his untimely death and our thoughts and prayers are very much with his friends and family at this moment.

‘He was doing an important job and I know that’s something that he loved as well.’