British tourist, 19, is arrested after filming himself climbing an 11-storey apartment block in Benidorm without any safety equipment

A British teenager was arrested in Benidorm after he filmed himself scaling an 11-storey building without safety equipment.

The unnamed parkour fan was also filmed by shocked locals as he precariously clung to the brickwork 150ft above the street.

He later posted the heart-stopping footage on his Instagram account where he goes under the name of ‘the little nuisance’ and describes himself as a ‘professional idiot from the UK.’

He also cheekily posted a clip of himself in the back of a Spanish police car after being arrested where he says: ‘There’s no handles to get out and he’s got my GoPro, I really hope he doesn’t delete this footage because it’s actually quite funny.’ 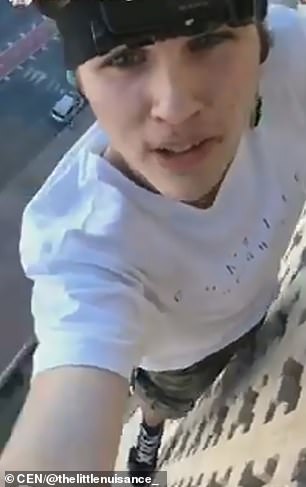 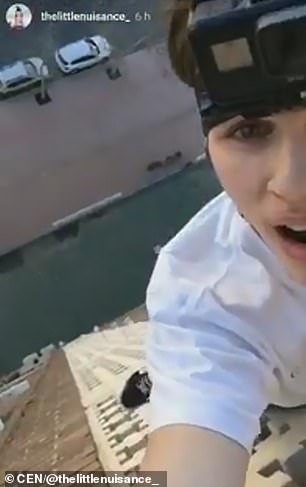 Spanish police said the teenager was fined an unspecified amount and later released after his exploits on Sunday.

In the video, the teenager – who has his GoPro strapped to his head – clings on with one hand so he can record a selfie clip near the top of the building.

With the street far below, he says: ‘Quick little free solo.’

A separate clip taken by locals shows him climbing near the top of the tower block and one onlooker is heard saying ‘call the police’. 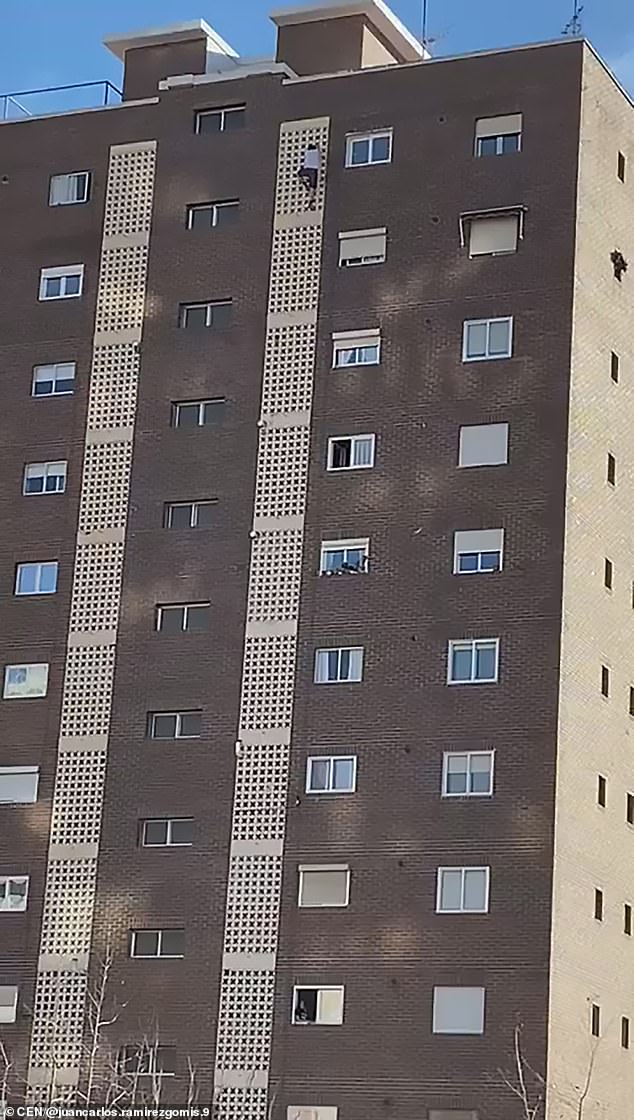 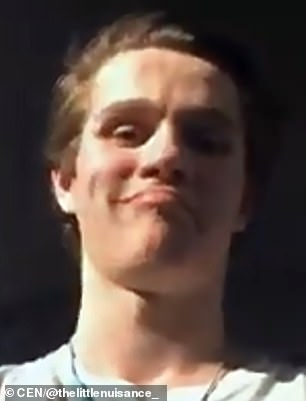 The teenager, who has a northern English accent, is said to have arrived in the Alicante resort a few days earlier and had been recording himself doing parkour near Levante beach.

Local media reported that he had also been seen climbing a hotel in Benidorm on Monday and posted footage of that as well, but he has since deleted his Instagram account.

A police spokeswoman said ‘the man was on holiday’ and ‘police acted in this event because the security of the environment required it.’

She added that the teenager was fined but refused to reveal the amount and said his name was being withheld for privacy reasons.