BRITS are soaking up the final hours of the sunshine before temperatures plunge and snow hits the UK over the Easter weekend.

After three days of scorching temperatures, the mercury will plummet by 10C tomorrow before chilly Arctic air sweeps in on Easter Sunday. 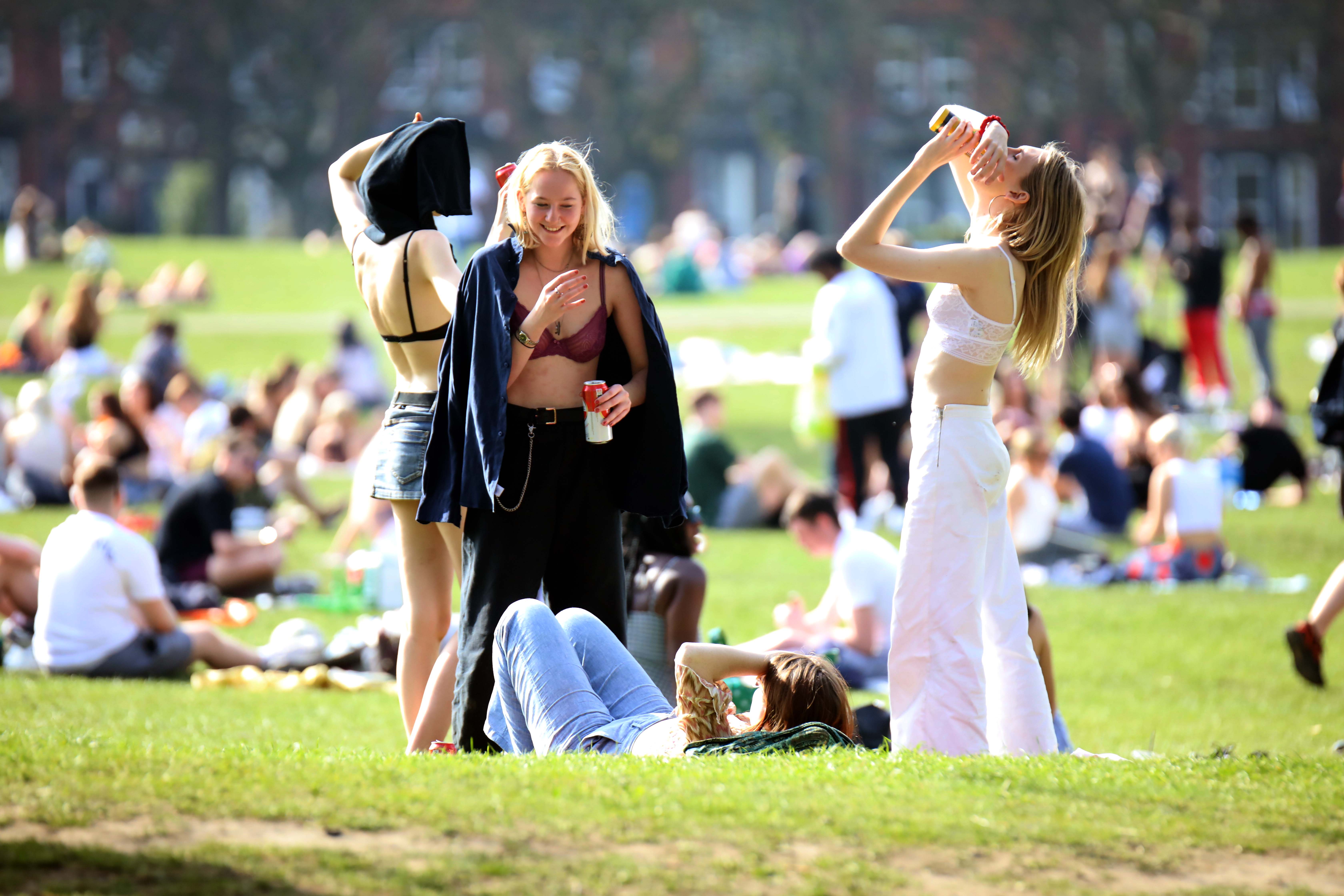 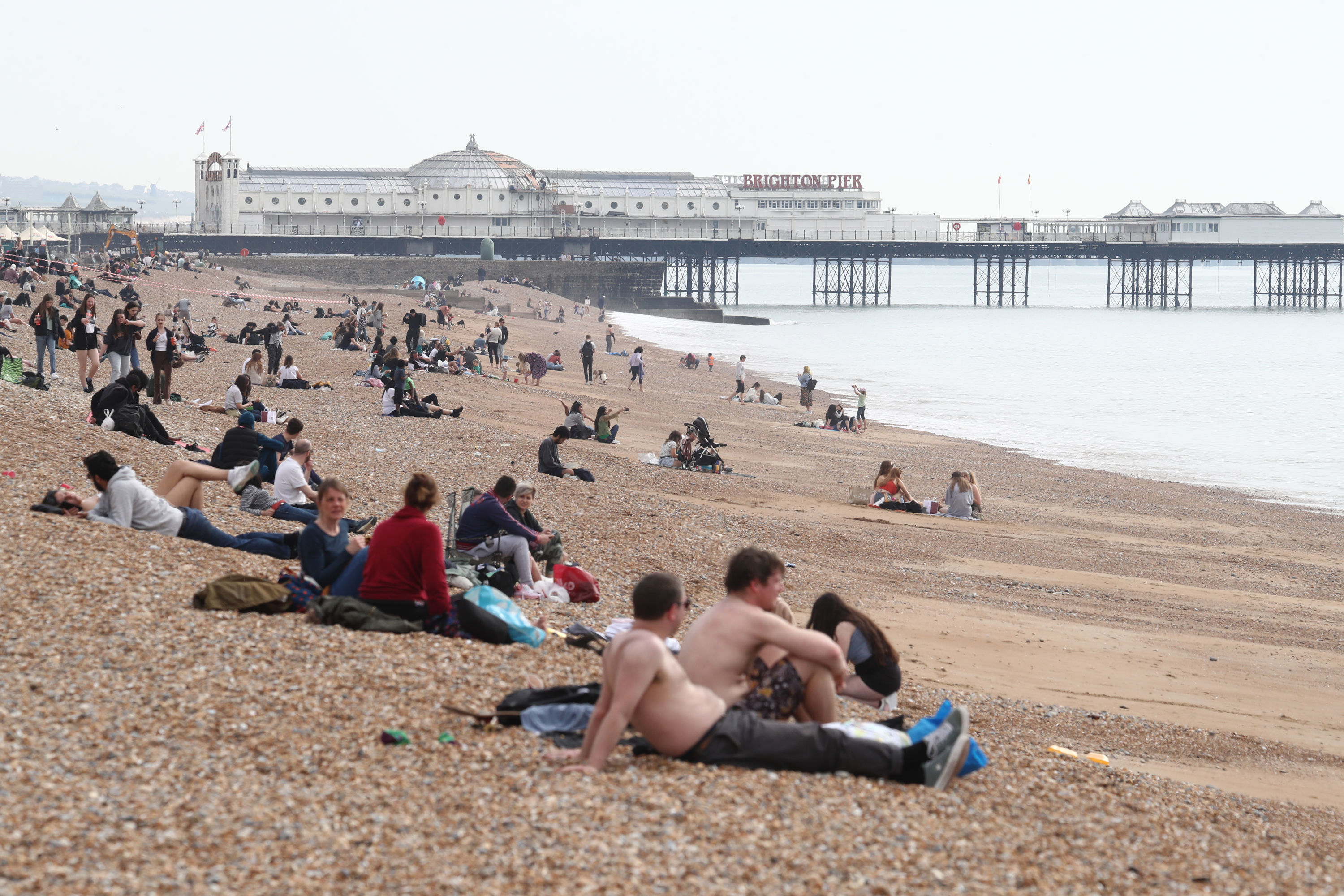 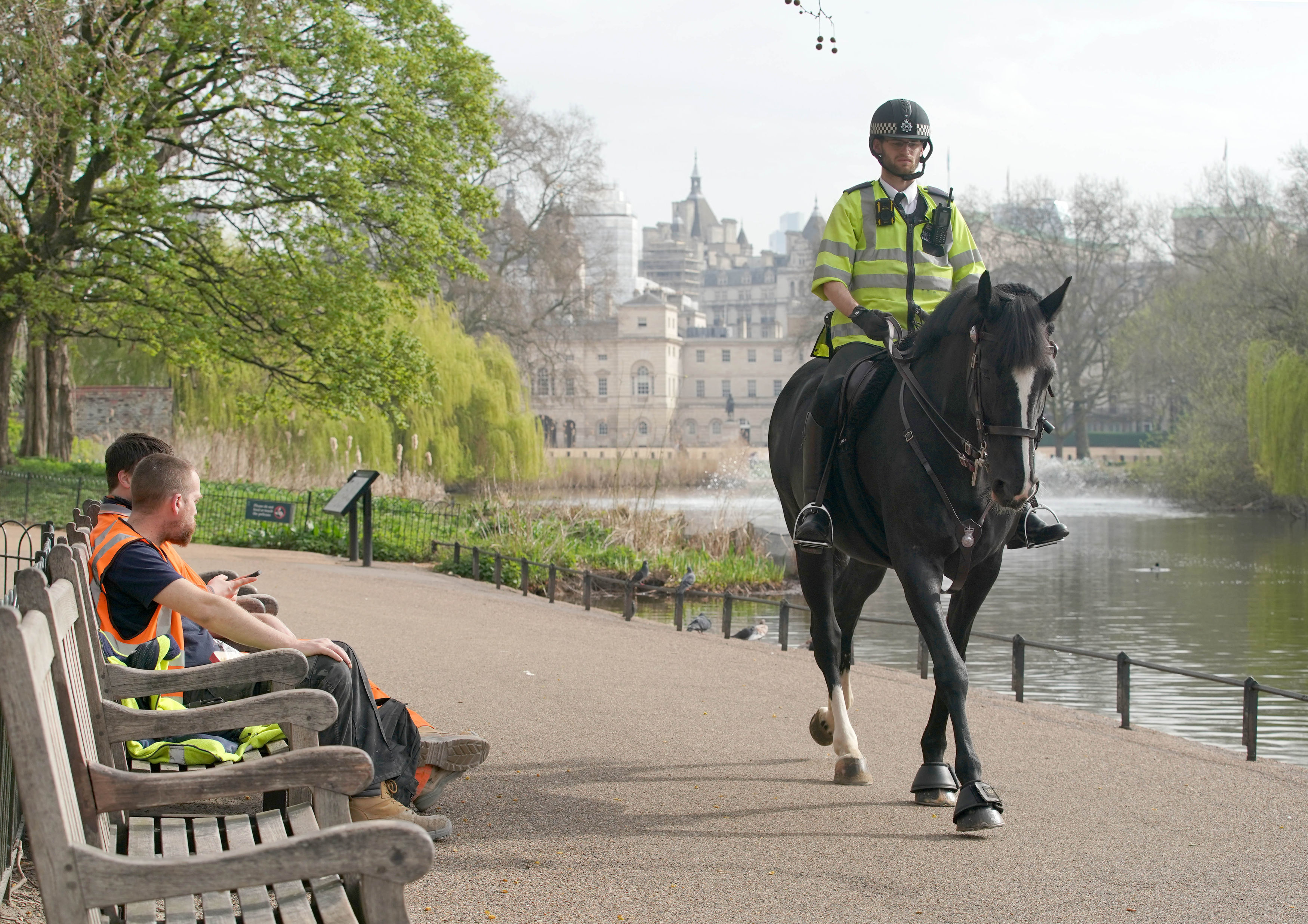 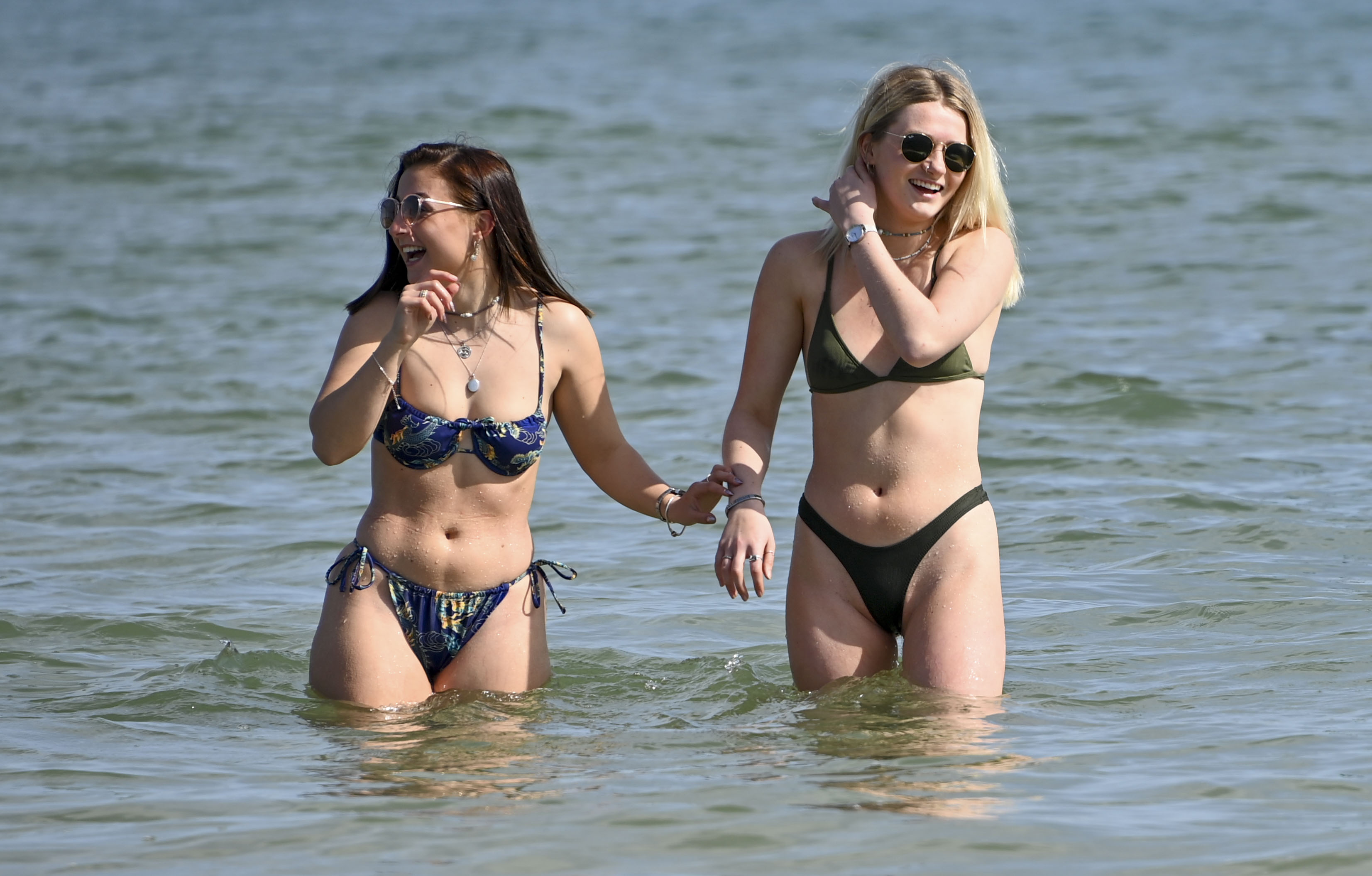 Temperatures are predicted to take a nose dive on Thursday, dropping to 15C in London.

Good Friday is on course to be even chillier still at just 12C as a cool front moves in from the north.

Rain is likely on Easter Sunday and there could even be snow in the north and west of the UK, the Met Office warned today.

"Temperatures across much of England and Wales climbed to over 20C this week however conditions will change dramatically later this week and over the Easter weekend with colder spreading from the north," forecasters said.

It comes after Tuesday saw the UK record its second warmest March day on record and the hottest temperature for the month in 53 years, the Met Office said.

The mercury peaked at 24.5C at Kew Gardens in west London on March 30, with St James's Park in the centre of the capital also hitting highs of 24.3C.

The figure is only slightly below the UK's hottest ever March temperature of 25.6C, recorded in 1968 at Mepal in Cambridgeshire.

The mercury hit a balmy 23.9C in Weybourne in north Norfolk today – and temperatures across the south east and London expected to climb higher into the evening.

Cops have banned booze in parks, and beachgoers have been told to stay away today as Brits enjoy their newfound freedom during the midweek Spring scorcher.

Hundreds of boozy students brawled with each other and peed in bushes at a park in Nottingham. 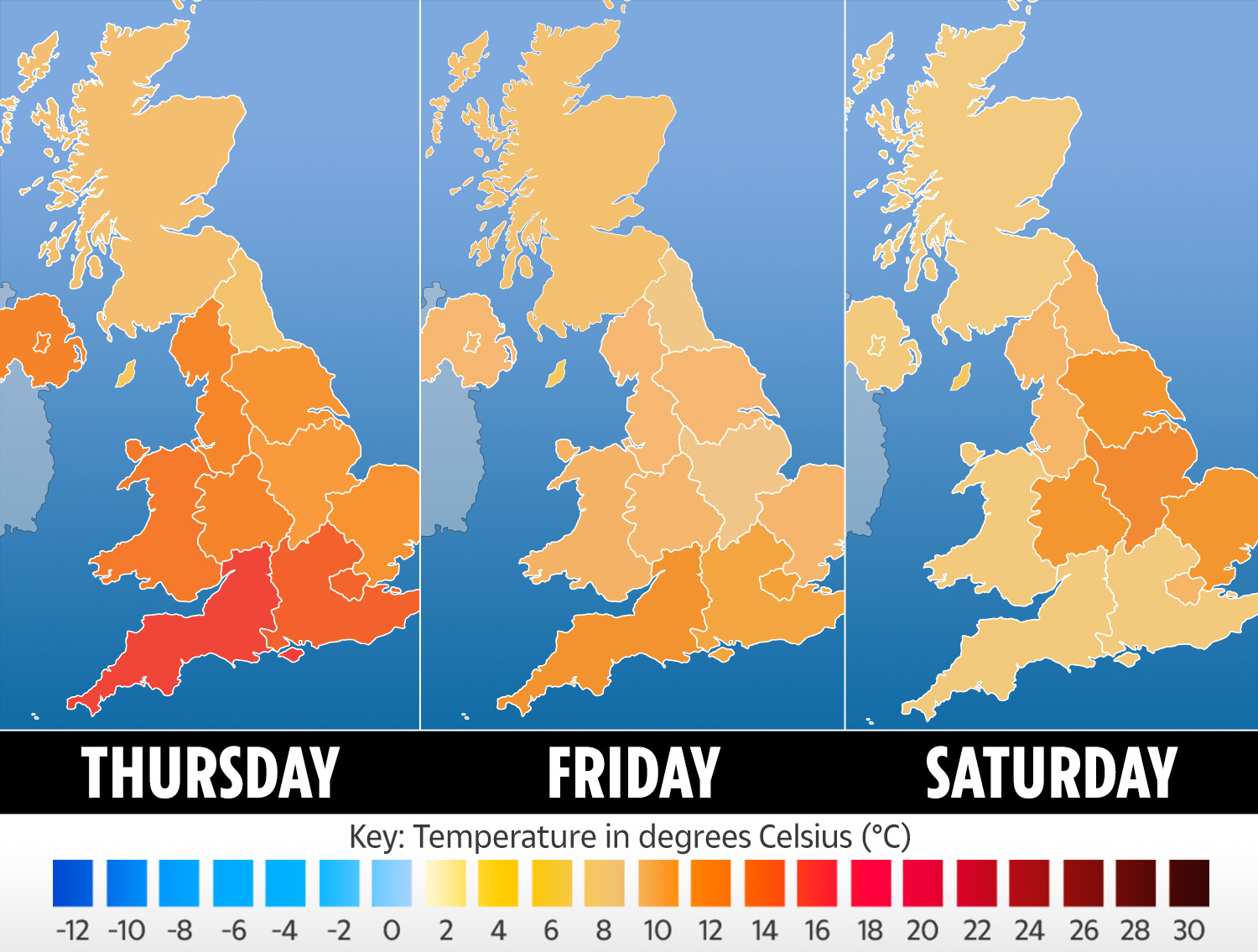 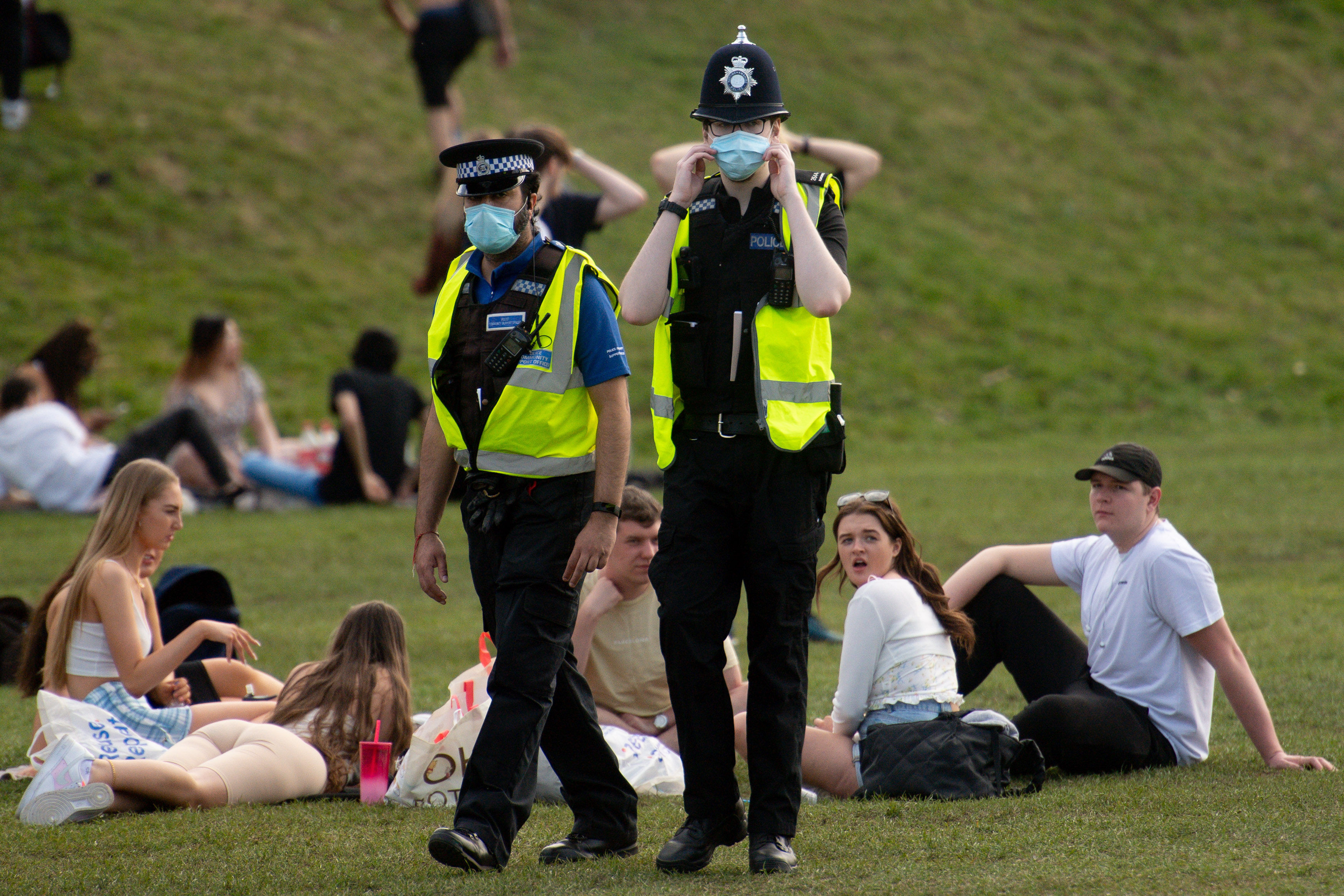 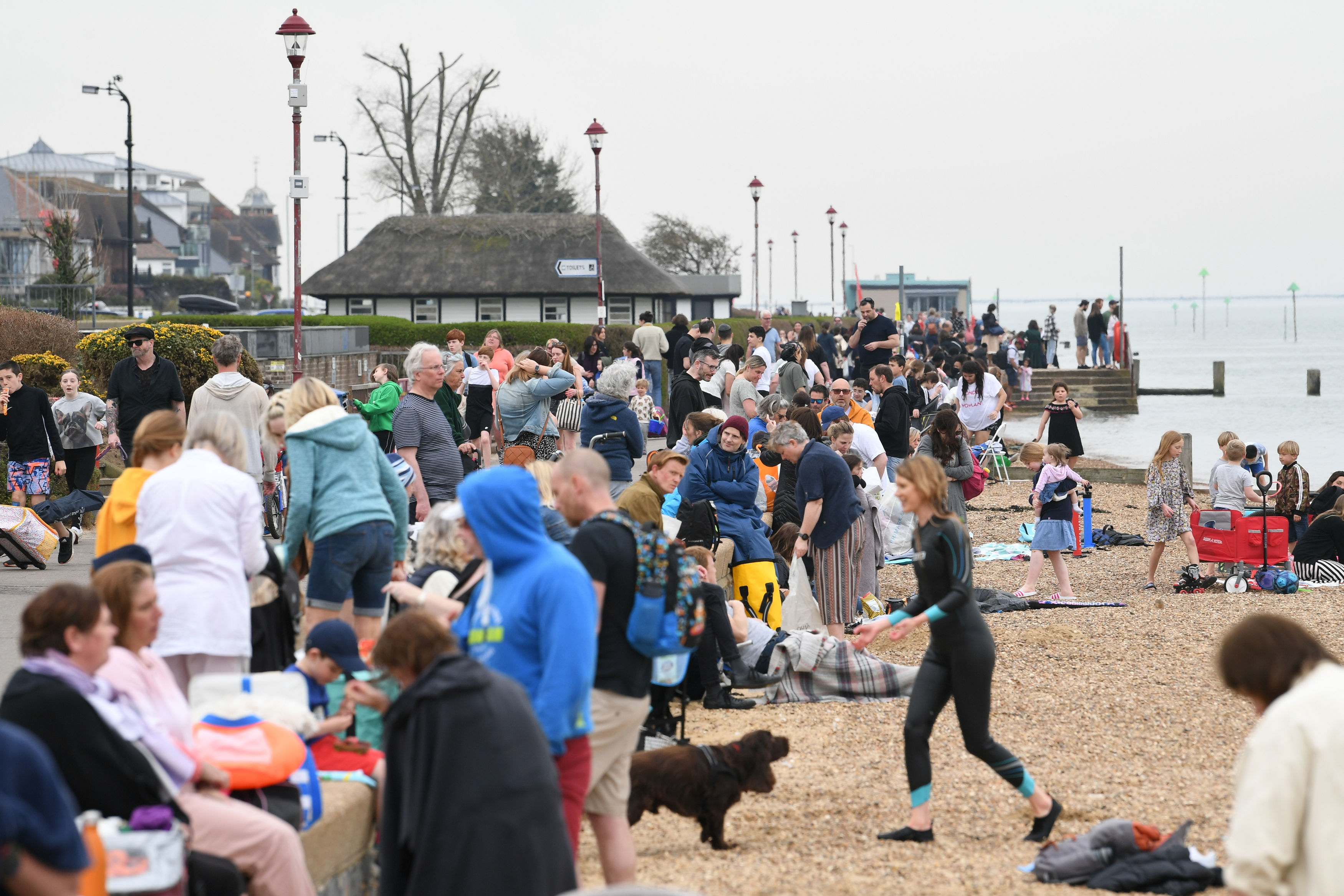 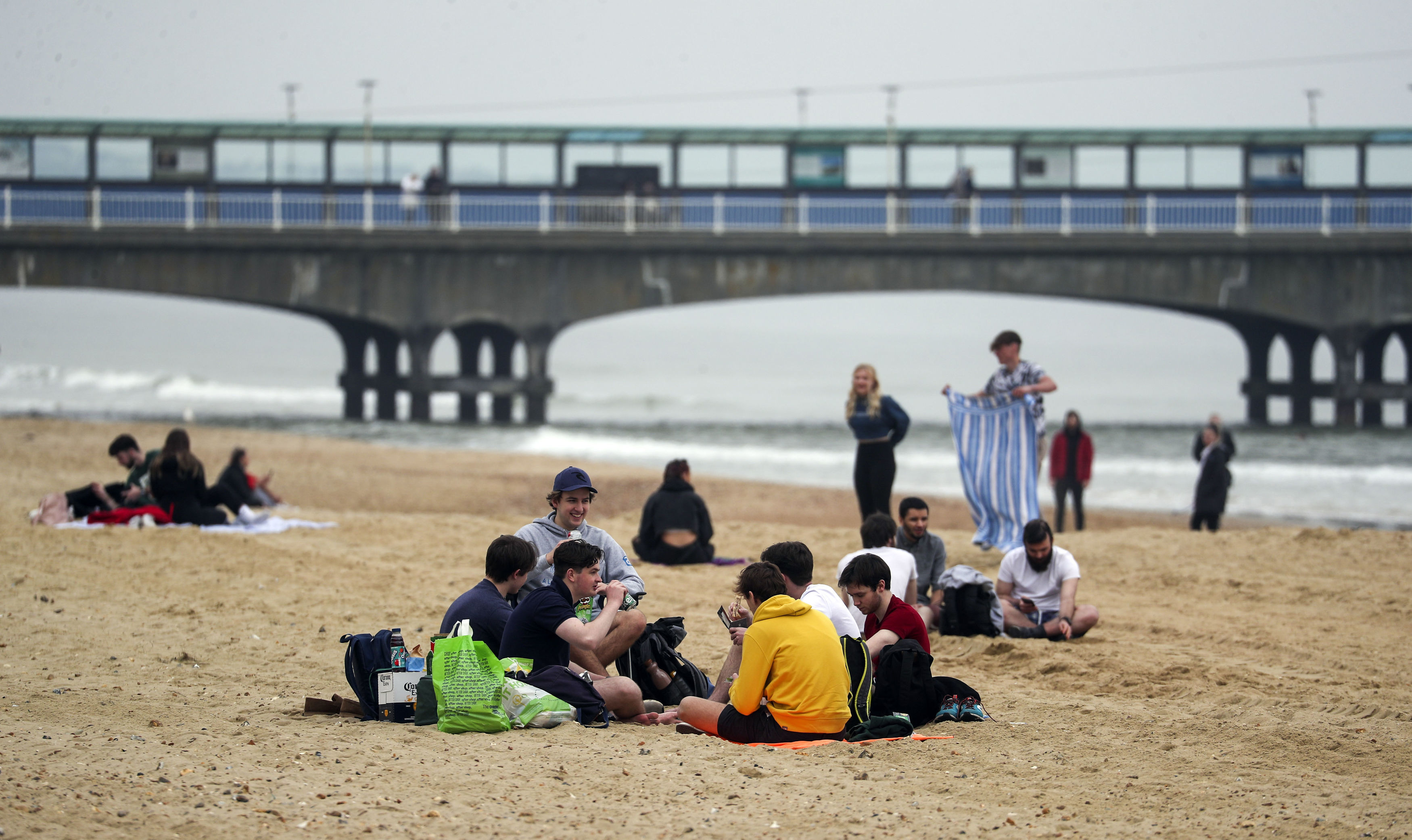 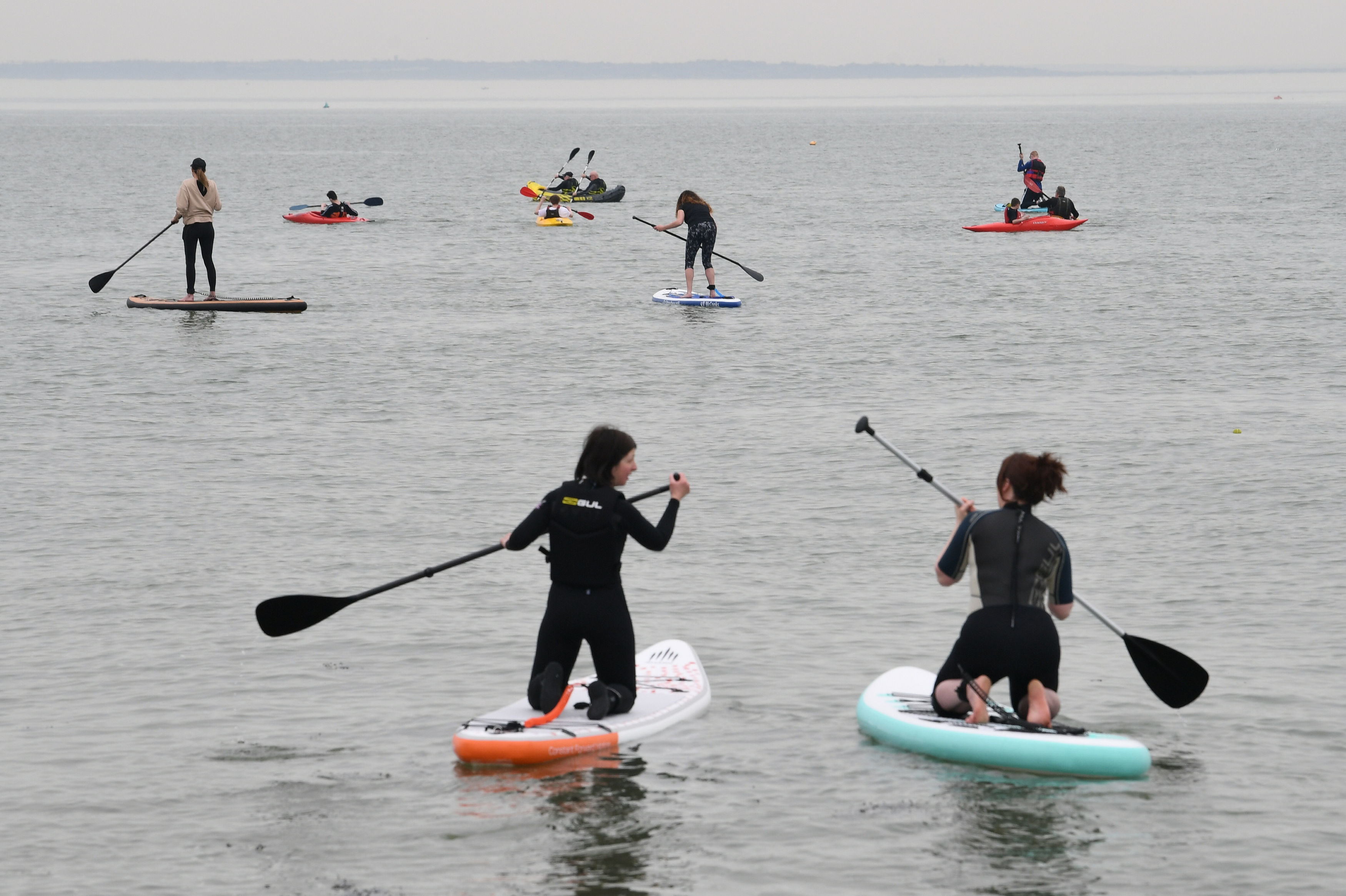 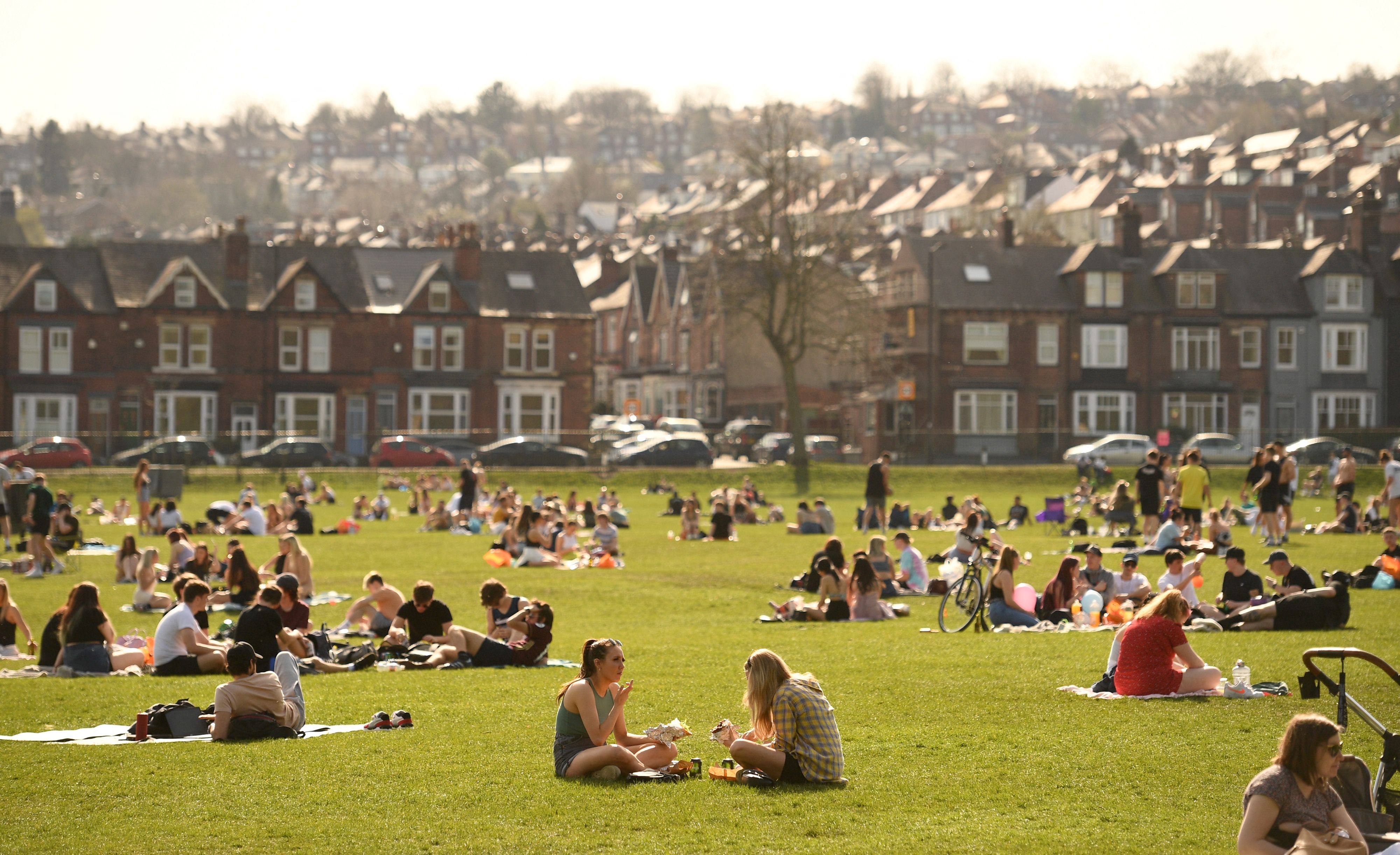 But the barbecue weather won't last, as temperatures are set to plunge.

Mark Sidaway, the Met Office's deputy chief meteorologist, said: "After a settled, warm spell with plenty of sunshine particularly across England and Wales our weather will take a notable change in direction later in the weekend.

"Very cold Arctic air will move in from the north west through Sunday, bringing snow showers and freezing overnight temperatures.

"The snow showers will predominantly affect the north and west of the UK. The south and east will likely remain drier but still cold with a lower chance of wintry showers."

The Weather Outlook's Brian Gaze said temperatures across the UK could dip below freezing on Saturday.

"That will be the same for the other nights over the Easter period," he said.

He added: "In terms of snow, that's a big question of course. It will become clearer two or three days before Easter weekend, but computer models are currently showing the potential."

Pointing to one weather forecast model, Brian noted it showed: "There is snow across Scotland, parts of higher ground in north England and Wales – even down to southwest England.

"So if that is correct, some people will be seeing snow on Easter Sunday."

"We could see some sleet or snow falling in the showers as they become heavy and prolonged," Gaze said.

Met Office spokesman Grahame Madge said the "cold front" will start moving down from the north, bringing with it colder, windier conditions in stark contrast to the previous "warm southerly winds".

Wet weather is forecast for Easter Sunday, with the chance of sleet or snow in Scotland and the far north of England. 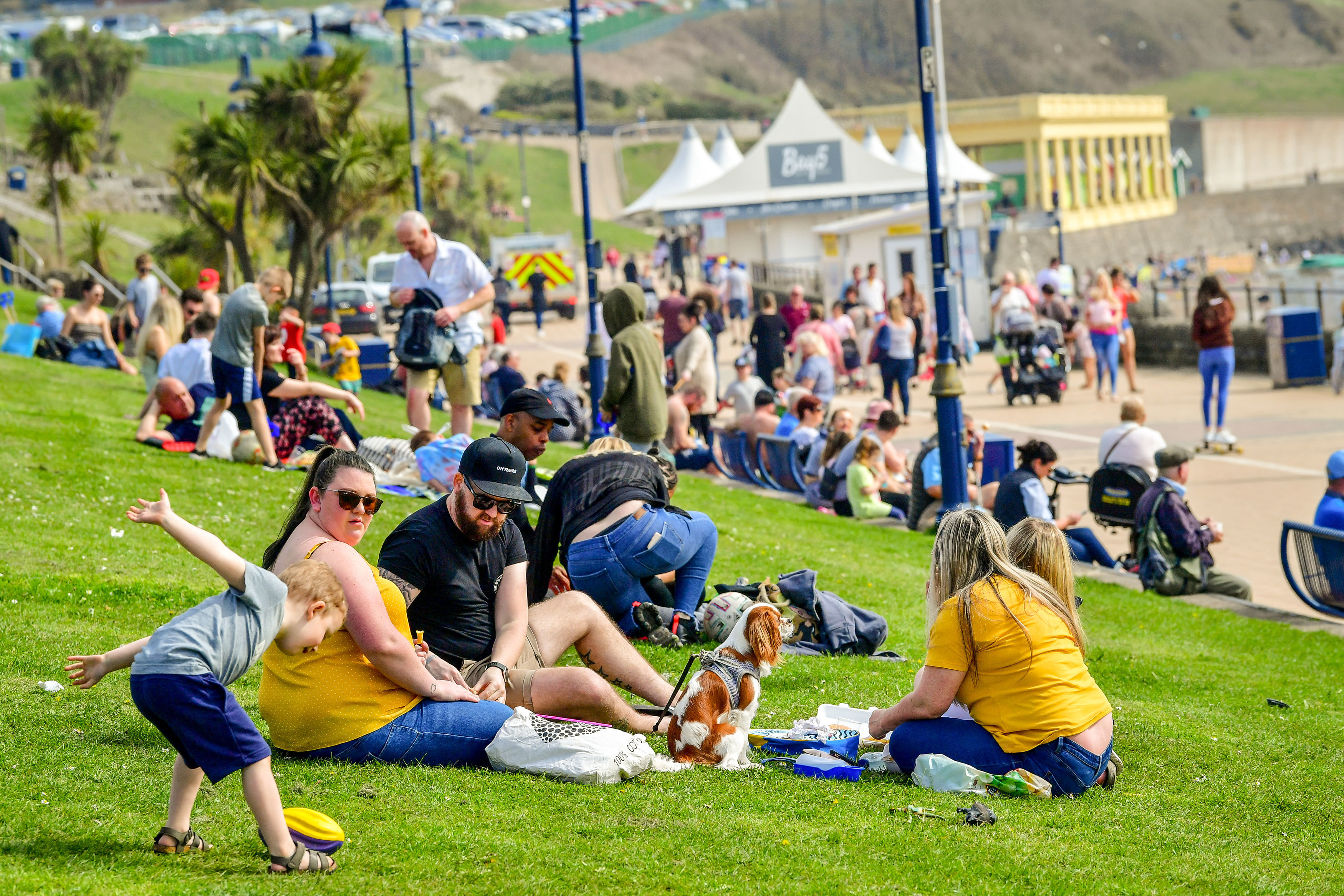 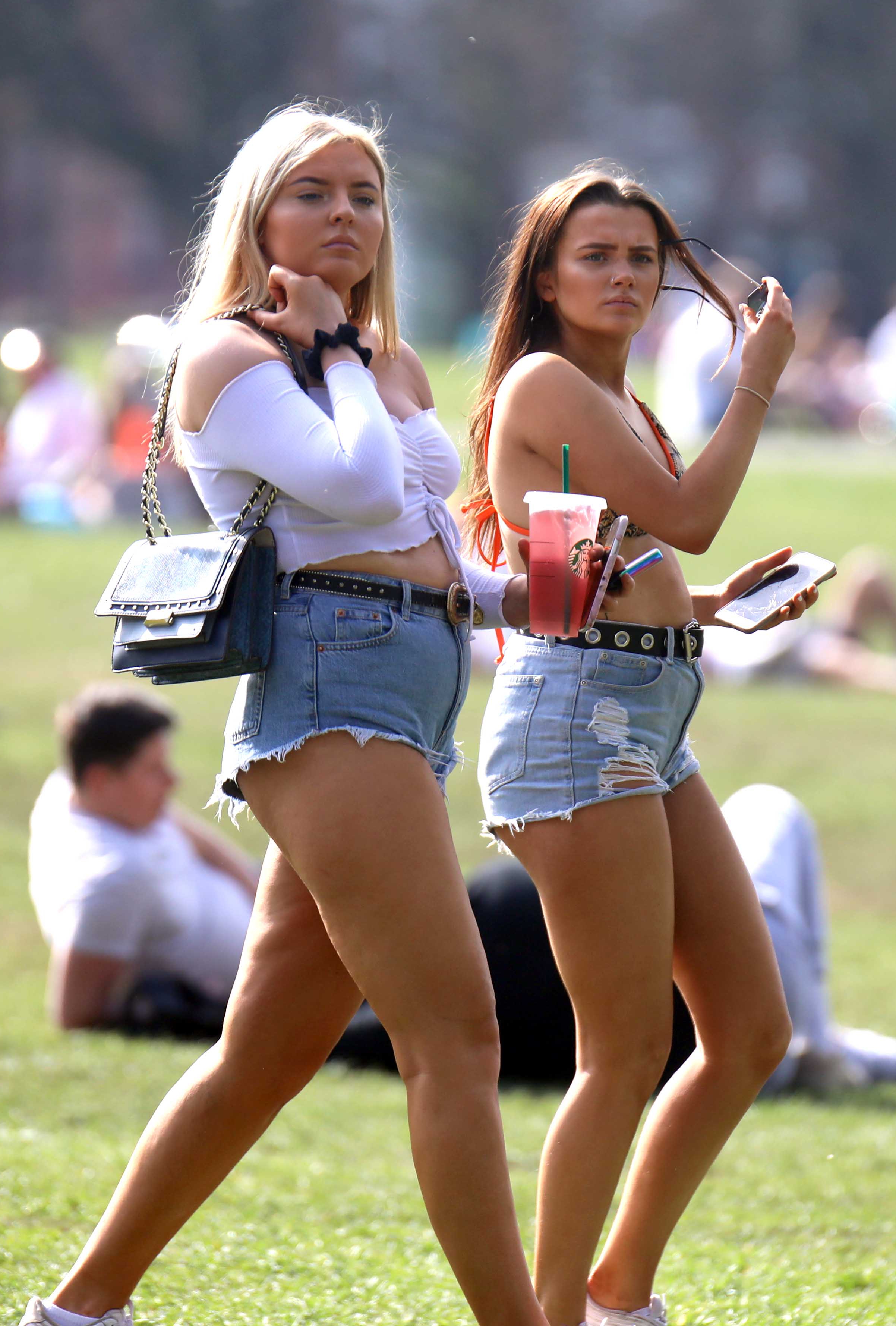 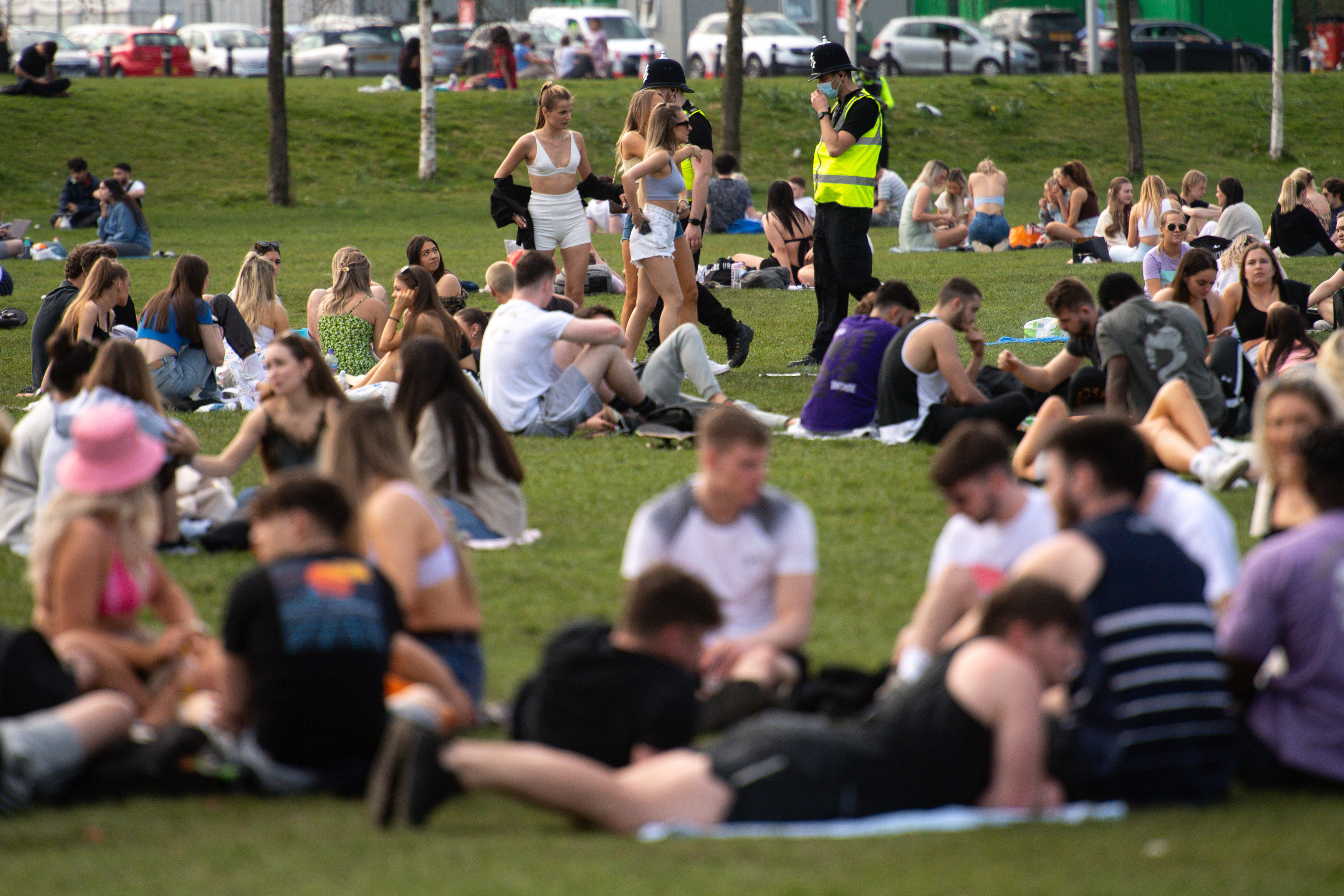 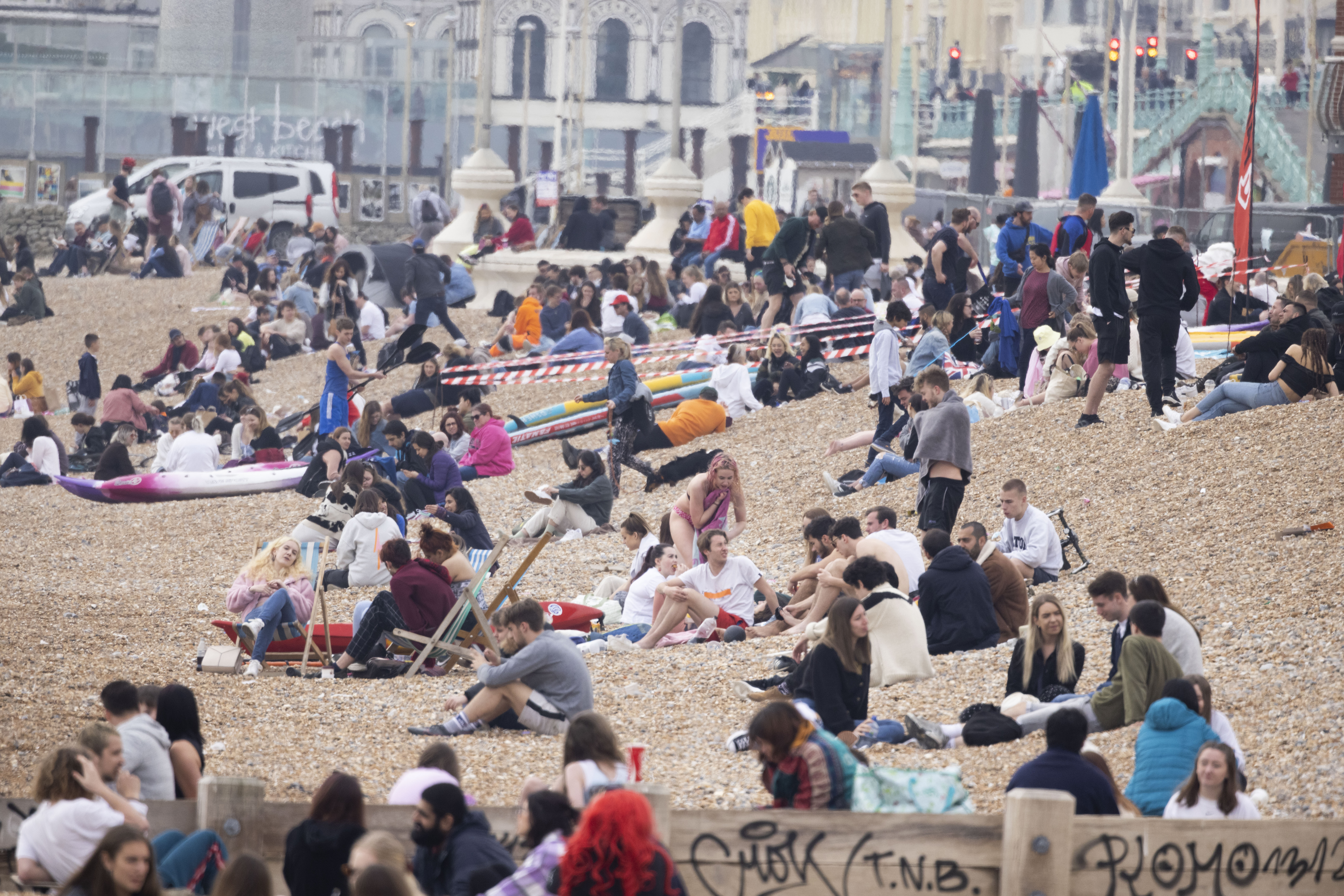 He added: "Friday should mark a rather malign start to Easter, with colder conditions for large swathes of the country as part of an Arctic plunge.

"Temperatures will be dragged down quite a bit from the day before, with wintry showers expected in Scotland and the most northern regions in England."

Brits have been making the most of the balmy weather while it lasts after Monday's easing of Covid rules, which means groups of up to six, or two households, are now able to socialise in parks and gardens.

Woodhouse Moor park in Leeds was also "packed" on Tuesday evening, with huge amounts of cans, bottles and boxes left on the ground on Wednesday morning.

Communities Secretary Robert Jenrick urged people to enjoy the sunshine in a "sensible, cautious" manner by sticking to the rules.

He told Good Morning Britain: "We just need to exercise caution and be sensible and pragmatic about how we do that.

"I think the vast majority of people are and will do that, they will enjoy the sunshine this week and at the Easter weekend, but they'll do so in a sensible, cautious way.

"The two things aren't mutually exclusive – you can go and out, have fun, enjoy the great outdoors and the sunshine, while also trying to be careful, sticking to the rules and trying to avoid the most crowded places."

It comes as a 14-year-old boy died after getting into difficulties at Goit Stock waterfall in Cullingworth, West Yorkshire, last night.

Cops have asked for a group of men who tried to help to come forward so they can piece together what happened.

West Yorkshire Police said on Wednesday: "Emergency services were called just after 6pm yesterday evening to reports of a concern for safety.

"A 14-year-old male had entered the water and got into difficulty.

"Emergency services attended, including fire service, ambulance and underwater rescue teams and recovered a body from the water.

The force urged the public to "think again" about the dangers of swimming in lakes, reservoirs, rivers and canals.

RNLI water safety manager Sam Johnson said: "Although the rollout of our lifeguard service starts this weekend, they can't be everywhere, so people need to think about their own safety and what they would do in an emergency.

"Coastal areas provide a great opportunity to enjoy fresh air and open space but it is important to remember it can be an unpredictable and dangerous environment, particularly during spring and early summer when air temperatures may be warm but water temperatures remain dangerously cold, increasing the risk of cold water shock."