Officials told member states to get ready “far-reaching” changes to the bloc’s relationship with the UK. A 35-page dossier published by the European Commission said Boris Johnson’s decision to diverge from EU rules and refusal to extend the transition period beyond the end of the year meant “inevitable disruptions will occur”. This would “risk compounding the pressure that businesses are already under due to the COVID-19 outbreak”.

It is “essential that all stakeholders start preparing for the changes”, the Getting Ready for Changes document warned businesses.

Bosses should “consider revisiting their existing preparedness plans” as they will still be “very relevant”, it added.

Michel Barnier, the EU’s chief Brexit negotiator said: “Following the UK Government’s decision not to extend the transition period, we now know that these changes will take place on 1 January 2021 – deal or no deal. We are helping them to prepare as best as they can.”

Commission President Ursula von der Leyen added: “The British people decided in a democratic election to leave the European Union and its benefits. 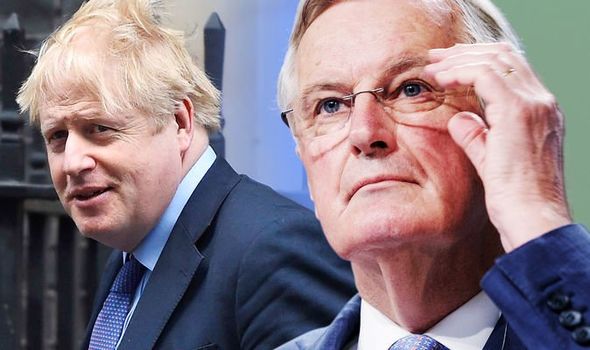 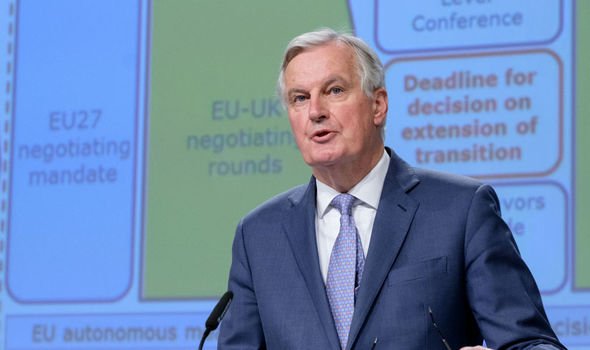 “This means that no matter how hard we now work towards a close partnership agreement, our relationship will inevitably change. My top priority is to ensure that EU citizens and businesses are as well prepared as possible for January 1, 2021.”

It is understood that the document was published at the request of the German government.

Chancellor Angela Merkel has led recent calls for the bloc to step up its preparations for Britain leaving the transition without an agreement. 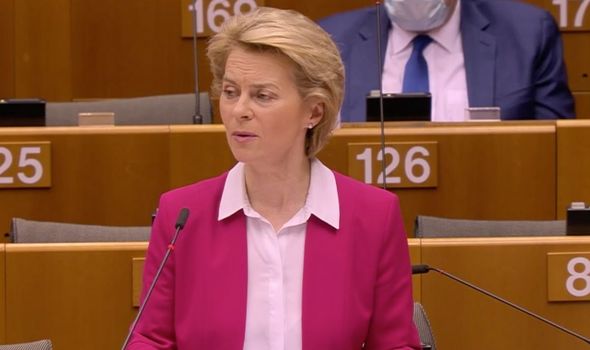 Commission vice-president Valdis Dombrovskis said the bloc would adopt a “time-limited” access rights to ensure EU firms could still access UK-based clearing houses after the end of the year.

He said: “This decision is being taken to address the possible risks to financial stability related to the specific area of derivatives clearing.

“However, we would encourage all market participants prepare for all possible eventualities, as we have consistently called on them to do throughout the process.”

MUST READ: Francois hits back at Michel Barnier’s claim Brexit has no added value 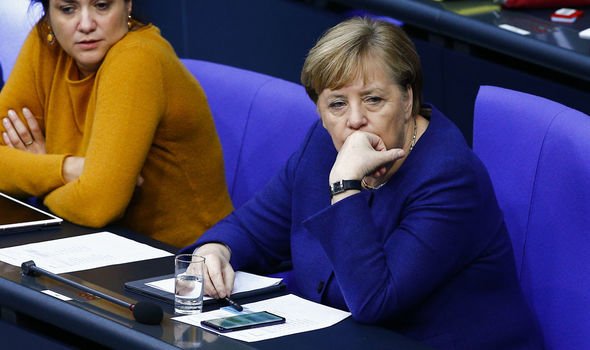 London is a leading hub in the European market for swaps and future leaving.

The British capital handles a majority of the €735 trillion market, and Europe has not managed to find an alternative location.

Brussels and the UK missed their June deadline to complete equivalence assessments over whether future financial services business can take place.

Mr Dombrovskis said: “We will continue the assessments based on replies we receive.

“The assessments may lead in each of the areas to decisions on equivalence or to no equivalence.

“Our decisions will be based on a comprehensive assessment, including of the EU’s interest.”