Bungling thieves snared after leaving tracker device in their own car

Bungling thieves are snared by police after removing tracker device from £75,000 Range Rover they stole from solicitor’s driveway and leaving it in their OWN vehicle

Bungling car thieves were caught when they removed the tracker device from a stolen Range Rover and left it in their own vehicle.

Laith Khan, 33, and Atiq Rahman, 31, both of Birmingham, took the car from a solicitor’s driveway but were themselves tracked by police who found them in a BMW just over two miles away.

The pair admitted stealing the £75,000 Range Rover and both received suspended prison sentences at Warwick Crown Court after surprised officers discovered them in their own car rather than the stolen vehicle.

The Range Rover was recovered 14 hours later in Solihull, after a resident noticed damage to its cowling and realised it had been stolen. 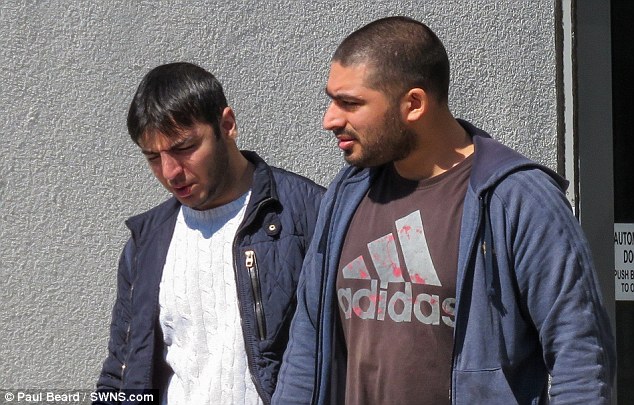 The court heard the owner of the £75,000 Range Rover Evoque, a solicitor, had left it parked on the drive of his home in Wychwood Avenue, Knowle, Solihull, West Midlands, in January last year.

Shortly after midnight he was alerted by the tracker company that something was wrong.

When he looked out of the window he realised it had gone, even though the key was still in the house – so the police were contacted.

The alert had come within minutes of the Range Rover being taken, and the tracker signal led the police to Berry Hall Lane, Solihull, just over two miles away.

Rather than the Range Rover, the signal was coming from a BMW registered to Khan.

When the police stopped it and arrested the two men, they found the tracker, which had been removed from the Evoque, in the car.

Also in the BMW, the officers discovered various pieces of equipment including a key programmer, Range Rover key fobs, and a single false number plate. 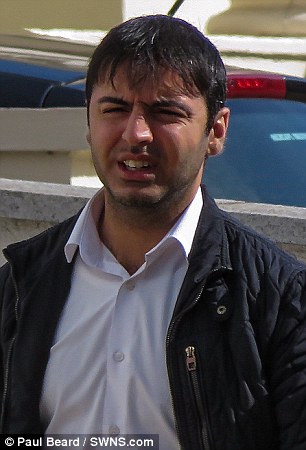 Damage to the Range Rover, which was found in Riverside Drive, Solihull, had been caused when the tracker was removed, and one number plate had been replaced with a false plate which matched the one found in Khan’s BMW.

Sentencing Khan and Rahman, Judge Cooke told them: ‘When you entered your pleas the judge told you that you must steel yourselves for immediate custody.

‘He was right to give you that warning. This is a serious offence, a car stolen from the drive of an industrious man, and it was done with a level of sophistication.

‘I accept you were provided with the materials by another who had commissioned you to commit the offence.

‘Each of you has made determined efforts since this offence to get your lives back on a law-abiding track, and each of you has a caring role for elderly or infirm parents.

‘It’s been a close-run thing. You will not be given another chance like this. I reserve any breach to myself, and if you and I meet again, you won’t like the result.’ Sukhdev Garcha, defending, said: ‘It seems they have shown genuine empathy and remorse, and they acknowledge the owner must have worked hard to get such a vehicle.’

He said Khan had become involved because of pressure he was under over a gambling debt, but he now had employment earning £420 a week, and was paying off the debt.

In relation to Rahman, Mr Garcha said: ‘He did not try to blame anyone else, and set out how he came to be involved. The author of the pre-sentence report believes he is easily influenced and a vulnerable adult.

‘He previously had drug issues, but he’s turned his life around. He is working part-time because he has to have the care of his parents.’

They were both sentenced to 19 months in prison suspended for two years and ordered to do 150 hours of unpaid work.

In addition, Judge Peter Cooke ordered each of them to pay £750 compensation to the owner and £535 costs.