Businesswoman who murdered neighbour with spade jailed for 21 years

Businesswoman, 41, who ‘mercilessly’ bludgeoned her hoarder neighbour, 64, to death with a spade because she blamed her untidy home on failure to sell own property’ is jailed for 21 years

A businesswoman who ‘mercilessly’ bludgeoned her next-door neighbour to death with a spade after blaming the former Lib Dem councillor’s untidy home for her inability to sell her own house was jailed for 21 years today.

She had battered the 64-year-old former Lib Dem councillor to death with a spade, as their feud over a garden fence exploded into open warfare and violence.

The week-long trial at St Albans Crown Court last year was told the pair had squabbled for at least six years. As one neighbour put it: ‘We had just got used to it. It was like hearing dogs barking.’

Prone to moods of ‘white, hot anger’ Foxwell had developed a ‘visceral hatred’ towards Miss Lotz.

Following yet another row, Foxwell armed herself with a shovel and barged into the next-door house where she first demolished a plasma television and a laptop.

Spotting Miss Lotz running out of the house, she left in pursuit, shouting: ‘There is the b***h.’ As Miss Lotz banged on a neighbour’s door, Foxwell struck her on the head seven times with the spade – turning it on its side to use like a machete – before returning home.

‘It’s over. I have done it,’ Foxwell calmly told her partner as she walked away following the ‘sustained, brutal and merciless attack’.

After she was arrested, it would be claimed that Foxwell was suffering from a borderline personality disorder. She admitted manslaughter on the grounds of diminished responsibility, but was found guilty of murder last February.

Today, after a delay caused by psychiatric report problems, Judge Michael Kay QC sentenced her to life with a minimum of 21 years. 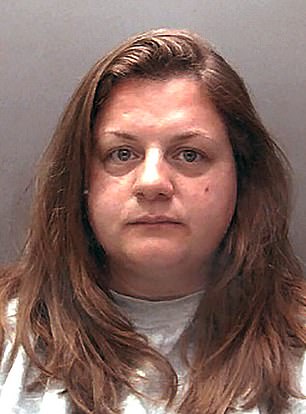 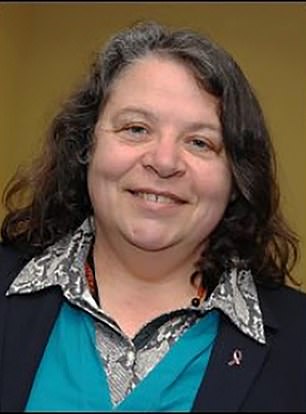 Privately educated company director, Debby Foxwell (left), was convicted of murdering her neighbour Louise Lotz (right) with a spade after years of rows 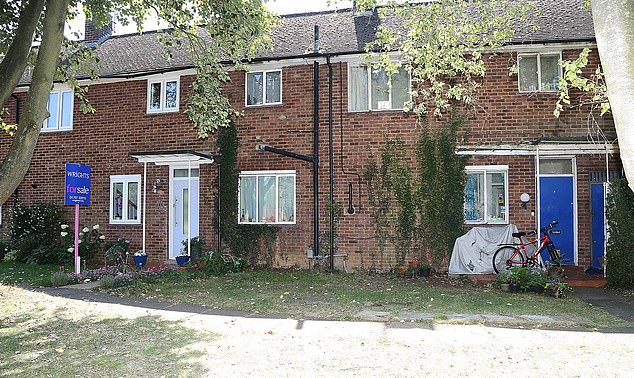 Debbie Foxwell’s home (pictured left) is next-door to Louise Lotz house (pictured right) on a tree-lined street in Hertfordshire. They had been involved in disputes for seven years over trees, fences and mess

Detective Inspector Iain MacPherson, from the Bedfordshire, Cambridgeshire and Hertfordshire Major Crime Unit, said: ‘I hope that Debby Foxwell will now reflect on the horrific crime she committed and the pain she has put Louise’s loved ones through.

‘My thoughts are with Louise’s family and friends at what continues to be a difficult time. While nothing will make up for their loss, I hope that this sentence helps to give them some closure.’

In a statement, Ms Lotz’s family said: ‘Louise was a loving mother, sister and grandmother. Her death has come as a shock to us all, we will miss her dearly. ‘

The feud between the neighbours heightened when Foxwell wanted to sell her house and had put it on the market for £525,000. Its listing describes it as refurbished ‘to the highest standards’.

But she feared the state of Miss Lotz’s house was putting off prospective buyers.

On the day of the fatal attack, Foxwell was living with her new boyfriend Anthonie Vroon, a 36-year-old Dutchman. The pair had been removing garden panels adjoining the victim’s garden to paint them.

Yet another row broke out with both women calling police. An officer attended but left soon after. At around 8pm, Miss Lotz was filmed by Foxwell on her mobile as she moved an orange wheelie bin to the gap in the fence. 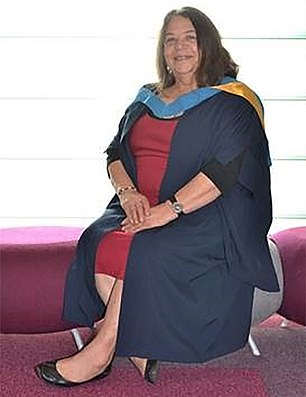 Louise Lotz (above), a 64-year-old former Lib Dem councillor, was beaten to death with a spade, as their feud with her neighbour over a garden fence descended into violence

Miss Lotz then grabbed the phone and ran into her home pursued by her neighbour, who threw clay pots and a lawnmower against her windows. Foxwell went to her shed to collect the spade.

Miss Lotz’s lodger Liam Graham told the jury how she then barged into the lounge. He recalled: ‘She said, ‘Where is she?’ I said, ‘Who?’ She said, ‘You know who.’ I said: ‘I don’t know where she is.’

She was swinging the spade from side to side. She put the spade through a great big TV and smashed a laptop into a million pieces.’

Spotting Miss Lotz leaving the house she gave chase, catching up with her as she hammered at another neighbour’s door, shouting: ‘Help me, help me.’

Mr Graham said: ‘I was screaming at her to stop. I tried to intervene once. She turned and said ‘You best stay out of the way if you know what’s good for you’.’

Their rowing had started with a petty spat over an adjoining fence which Foxwell claimed had encroached on her property by a matter of inches.

She’d been quick to confront Miss Lotz about the matter and words were exchanged. Over time, words descended into actual physical assaults, which once left South African-born Miss Lotz needing hospital treatment.

Police were involved on that occasion – and numerous others – and kept a running log of their disputes, over bins, boundaries and general tidiness.

Miss Lotz, who lived at No 8, was described by witnesses as an ‘untidy hoarder’ whose house was a mess, while Foxwell’s garden at No 10 was ‘perfect’.

By the summer it was pretty much open warfare. Foxwell, by then, was convinced that attempts to sell her house had been scuppered by her neighbour’s scruffy property

Born Marietta Lotz – she was known as Louise – at the age of seven her policeman father Andre died of a heart attack, leaving mum Marie in dire straits without a job and with five children to feed. Miss Lotz and her siblings were placed with a foster family when she was 14.

Despite her change of circumstances, she proved to be an A-star student, graduating with first class honours degrees in English Literature and Fine Art from The University of Cape Town. There she met and fell in love with brilliant fellow student David Reid, a chemist.

She qualified as a teacher and the pair married, moving to England when Mr Reid won a prized Rhodes scholarship to Oxford University.

The couple had two children, but their youngest son was struck down by leukaemia and died at the age of seven.

‘When he died their marriage began to just disintegrate,’ the South African friend told The Daily Mail. ‘It never recovered and they separated and they moved on to their own careers and own lives.’

For Miss Lotz, the friend says, that included ensuring that her younger brother was well looked after. ‘About 20 years ago she began a very tough and long fight with the UK immigration authorities and with the National Health Service to have him come to live in the UK,’ she said.

‘She wanted to be his carer and she faced lots of red tape and slammed doors but finally about 15 years ago she won her case and her younger brother flew to the UK for good.’

Home for the pair of them would be Welwyn Garden City and the three-bed-property that Miss Lotz purchased in 2008. 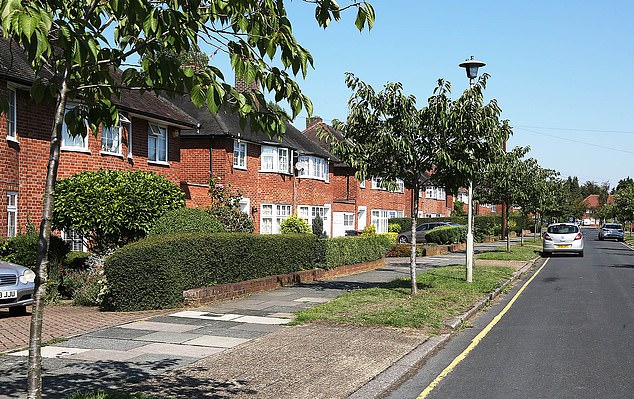 There was shock on the quiet street when the murder happened. But the rows were almost constant. As one neighbour put it: ‘We had just got used to it. It was like hearing dogs barking.’

In that same year she would be elected as a Lib Dem councillor, serving for three years before switching her allegiance to the Green Party.

She also worked in disability rights and as a massage therapist, sometimes helping at a local hospital giving massages to oncology patients.

It was in 2012 that new neighbours arrived on the scene – Foxwell and her then-partner Paul buying the adjoining house for £300,000.

They set about renovating the property but relations between the neighbours turned sour over a new fence erected in the back garden.

‘Louise paid to have the fence put up professionally but the neighbour disputed where the fence went and said it was a couple of inches over where the line should have been,’ said Marc Scheinmann, chairman of the Welwyn Hatfield Green Party, who witnessed the ill-feeling first-hand when staying with Miss Lotz several years ago.

‘She [Foxwell] was attacking the fence all the time and trying to destroy it. There was shouting across the fence, lots of arguments.

‘Louise was always scared of going out and would say, ‘Marc, would you come out with me when we go to the car?’. She wouldn’t go out in her garden because she didn’t want to be shouted at – that’s not a situation that should have been allowed to continue.’

And it was a situation that only got worse. In 2016 Mr Scheinmann visited his friend at the Lister hospital in Stevenage where she was being treated for a broken nose. ‘Louise kept on saying it was done by the next door neighbour,’ he said.

‘She did complain to the police but she kept on saying she was frustrated that not enough action was taken.’

It is understood Foxwell was convicted for assault and criminal damage. Not that Miss Lotz was a shrinking violet herself – far from it. Friends describe her as ‘feisty’ and unwilling to back down from a challenge.

While Foxwell herself did not give evidence, the court heard she was mentally fragile. She had attempted to take her own life on a number of occasions and, having been employed by the drugs company Roche, ended up running her own business support services firm from home because she had ‘difficulty’ with people.

She had also struggled to come to terms with the death of her husband who passed away suddenly in 2016. 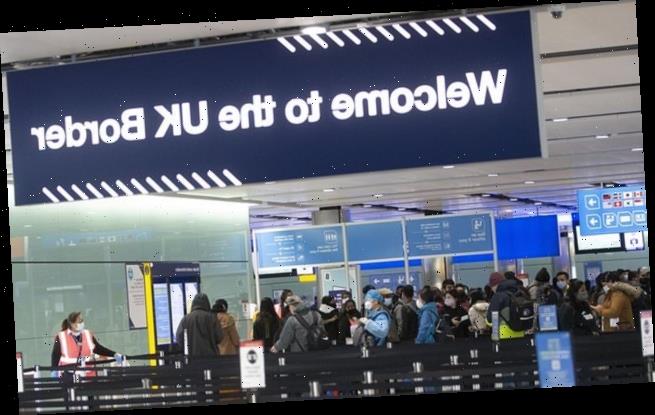 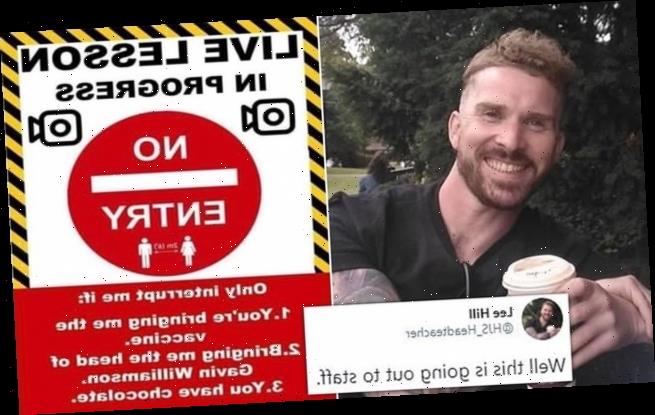 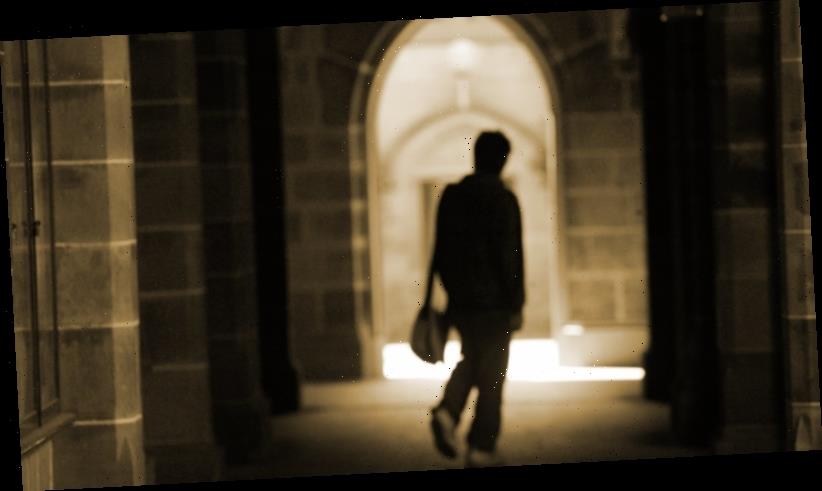 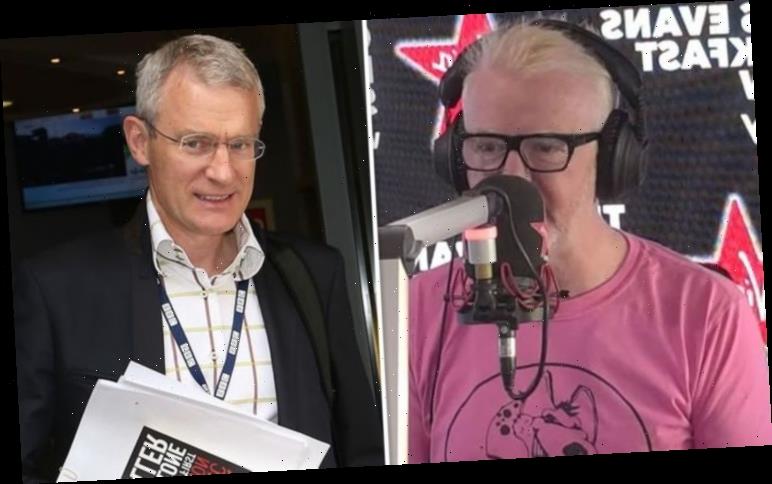 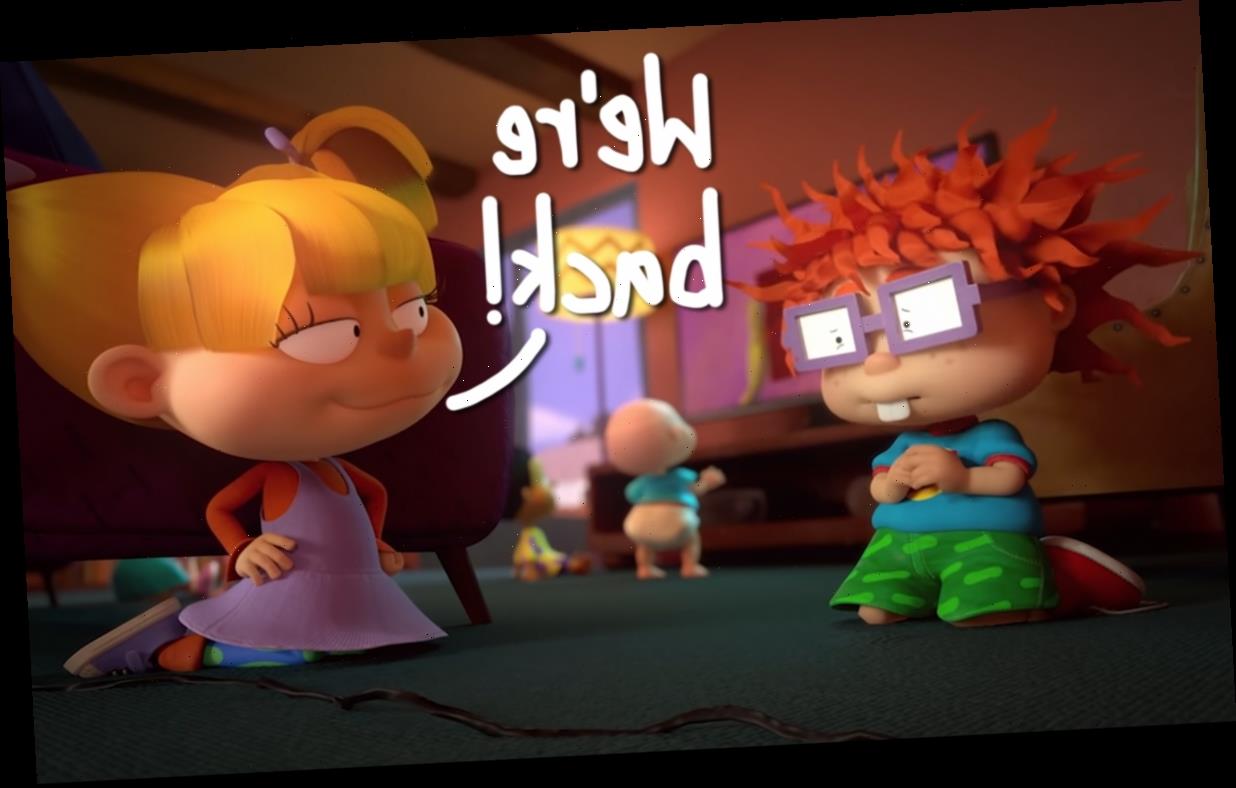 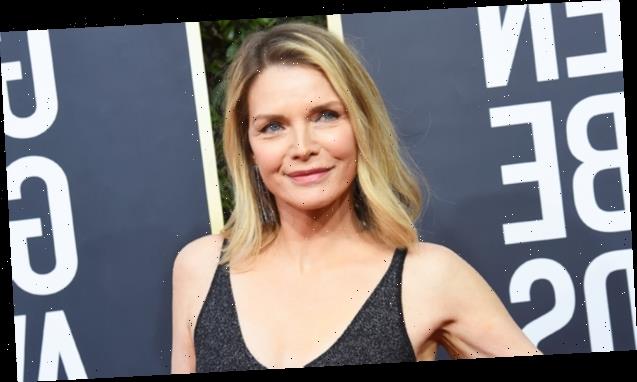