‘Butlins – we’ll have to go!’: Harry tells Meghan they should visit

‘Butlins… we’ll have to go!’: Harry tells Meghan they should visit Bognor Regis holiday camp after spotting resort during royal tour of Sussex

Prince Harry could be treating the Duchess of Sussex with a trip to holiday camp Butlins.

The royal was heard joking with wife Meghan Markle that they should visit during today’s tour of the University of Chichester in Bognor Regis.

It came as he confused a Butlin’s tent for a circus venue during their visit, only to be told it was the family holiday resort. 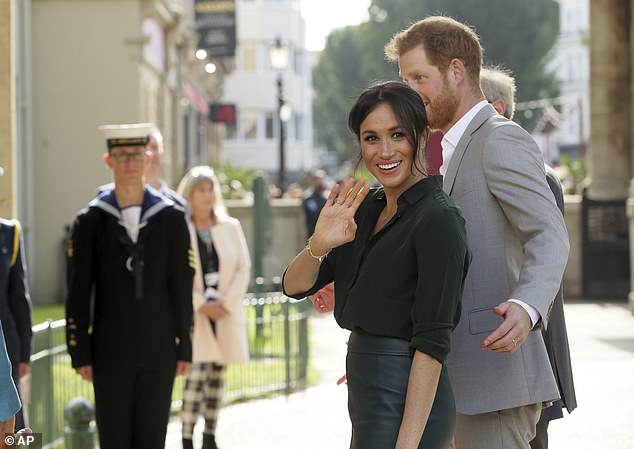 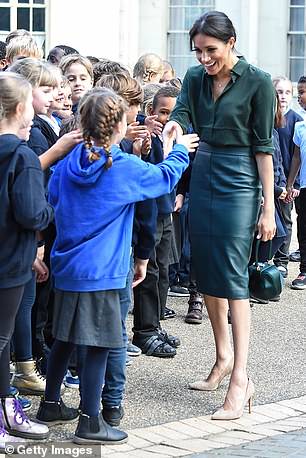 When the 34-year-old prince was corrected, he responded by saying ‘we’ll have to go’, The Sun reports, adding: ‘I love it, it looks like a circus.’

Butlins has tweeted saying that the couple are ‘welcome anytime’ and extended their invitation to Princes George and Louis as well as Princess Charlotte for ‘Tots breaks’.

Meghan, Duchess of Sussex greets local school children in Brighton during an official visit to Sussex this afternoon 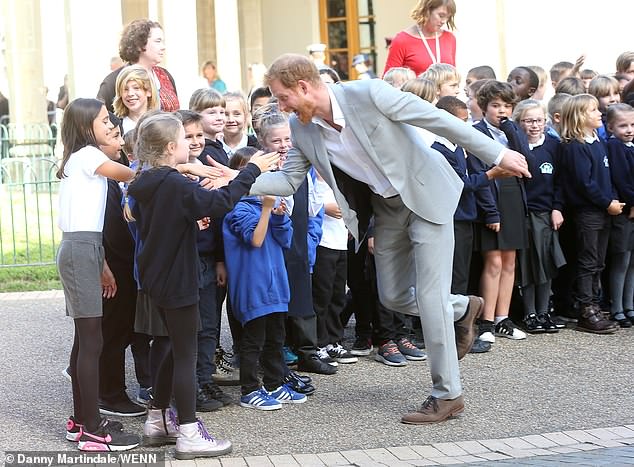 Today marked the first time that the married royals visited Sussex, which forms part of their royal titles.

She signed the guest book wearing a Hugo Boss leather skirt, a Georgio Armani coat and am Other Stories blouse.

The couple will next visit Brighton and Hove to view its Royal Pavilion, which George, Prince of Wales, built in the 1780s.

Harry and Meghan will also visit the charity Survivors’ Network, which offers support to survivors of sexual violence and abuse in the county.