Festival Hall, the legendary Melbourne music venue that hosted packed houses for the Beatles, Jonny Cash and Frank Sinatra, has been sold "by God's grace" to the Hillsong Church for $23 million.

In a video posted to Hillsong's YouTube channel on Sunday, the church's founder Brian Houston told his congregation: "By God's grace … we've been able to purchase Festival Hall.'' 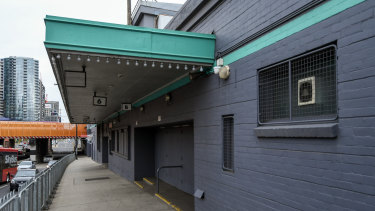 Melbourne’s Festival Hall was originally built in 1915 was destroyed by fire in 1955 and was rebuilt a year later in time for the Olympic Games.Credit:Justin McManus

The transaction, but not the buyer, was confirmed by the West Melbourne property's selling agents Colliers International, with title records showing the deal was settled on October 16 for $23,375,000.

The large single-storey hall originally built in 1915 was destroyed by fire in 1955 and was rebuilt a year later in time for the Olympic Games. More recently, artists such as Oasis, Red Hot Chili Peppers and Powderfinger played there.

It was also known as the House of Stoush, with some of the biggest names in boxing − Lionel Rose, Johnny Fammachon and Anthony Mundine − gracing the ring inside.

The listed buyer of the Dudley Street venue is Community Venues Limited, which Mr Houston revealed was an entity set up by the church for it to use Festival Hall as its Melbourne base. 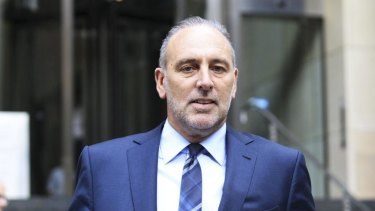 Mr Houston said the hope was to renovate the venue and Hillsong will be the main tenant.

"Hillsong will be the anchor tenant − we're going to continue running it as a community venue," he said. The Christian mega church is known for its lively worship and use of rock music during services.

Colliers' Matt Stag, Dave Walker and Daniel Wolman negotiated the deal. Mr Stagg said a consortium of media and entertainment groups originally contracted to purchase the property, but the transaction fell through in March because of the coronavirus pandemic.

"Colliers then promptly placed the under-bidder into due diligence, which was successful and finally settled in October 2020," he said.

The historic venue also hosted a range of events during the 1956 Melbourne Olympics.

In 2018 the site was granted permanent heritage protection, protecting it from demolition and development plans including the building of apartments on the site.