A man suspected of murdering his ex-girlfriend in front of their 3-year-old daughter in California last week killed himself in Texas as authorities were closing in, investigators said Saturday.

Herbert Nixon Flores, 46, shot himself with a handgun after realizing police cars were following him as he drove toward Dallas, the Irving Police Department said in a statement.

Irving police had been working with the FBI Fugitive Task Force in Los Angeles to locate Flores, who was believed to be visiting family in the city. 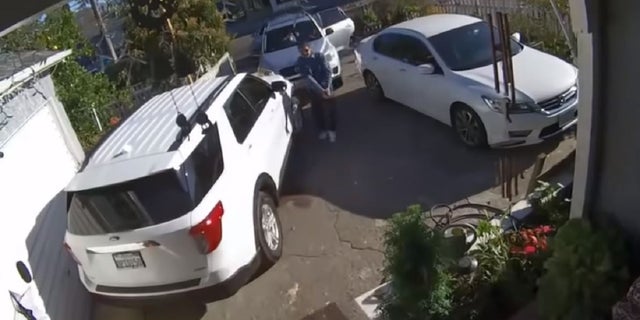 The video shows Flores pull up into a driveway behind Ruiz, exit the vehicle and chase after the screaming woman. He fires several shots from a semi-automatic handgun at Ruiz, who is off-camera, before running back to the car, police said. A child can be heard screaming.

Officers responded to the scene around 9:35 a.m. and found Ruiz suffering from multiple gunshot wounds. She was pronounced dead at the scene. 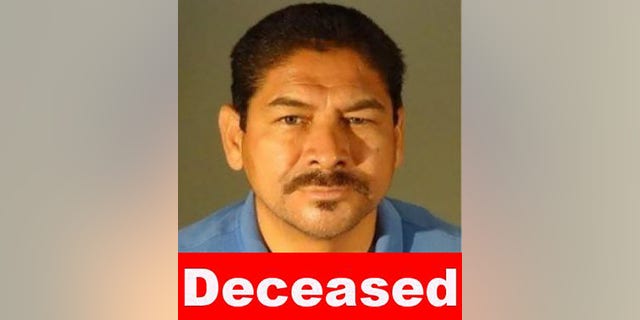 Flores died of a single self-inflicted gunshot wound as police closed in on him, investigators said.
(FBI)

Investigators tracked Flores to Arlington, Texas, where he was seen getting inside a vehicle and driving toward Dallas, police said. Dallas police air and ground units assisted in monitoring Flores’ movements until officers could arrive.

Investigators said Flores realized he was being followed and abandoned his vehicle. He walked on foot until he saw marked police cars pull up. Flores then killed himself with one shot from a handgun.

The investigation is continuing. Irving police asked anyone with information to call the department at (972) 273-1010.