California searches for 1,000 missing in its deadliest fire

PARADISE, Calif. (Reuters) – Forensic recovery teams pressed their search for more victims in the flame-ravaged northern California town of Paradise on Friday as authorities sought clues to the fate of about 1,000 people reported missing in the state’s deadliest wildfire on record.

Remains of at least 71 people have been recovered in and around a Sierra foothills hamlet that was home to nearly 27,000 residents before the town, 175 miles (280 km) north of San Francisco, was largely incinerated by the deadly Camp Fire on the night of Nov. 8.

More than a week later, firefighters have managed to carve containment lines around 45 percent of the blaze’s perimeter, up from 35 percent a day earlier, even as the burned landscape grew slightly to 142,000 acres (57,000 hectares).

Besides the toll on human life, property losses from the blaze make it the most destructive in California history, posing the additional challenge of providing long-term shelter for many thousands of displaced residents.

With more than 9,800 homes up in smoke, many refugees from the fire have taken up temporary residence with friends and family, while others have pitched tents or were camping out of their vehicles.

At least 1,100 evacuees were being housed in 14 emergency shelters set up in churches, schools and community centers around the region, with more than 47,000 people in all remaining under evacuation orders, authorities said.

On Friday night, Butte County Sheriff Kory Honea said the remains of eight more fire victims were recovered during the day, bringing the death toll to 71. That far surpasses the previous fatality record from a single California wildfire – 29 in the Griffith Park fire of 1933 in Los Angeles.

Honea said the total roster of people unaccounted for had swelled to 1,011 – up from the 630 names posted Thursday night and well more than triple the number counted as missing on Thursday afternoon.

“This is a dynamic list,” Honea told reporters, saying it was compiled from “raw data” that likely included some duplication of names reported with more than one spelling.

Honea said it was too soon to conjecture on the fate of those on the list, noting that as of Friday, 329 individuals previously reported missing had turned up alive.

“I don’t think it’s appropriate for any of us to sit and speculate about what the future holds.”

The names were being compiled from information received from a special hotline, along with email reports and a review of emergency-911 calls that came in on the first night of the fire, Honea said.

Some listed have likely survived but not yet notified family or authorities, either because they lack phone service or were unaware anyone was looking for them, authorities said. Others may not have been immediately listed because of delays in reporting them. 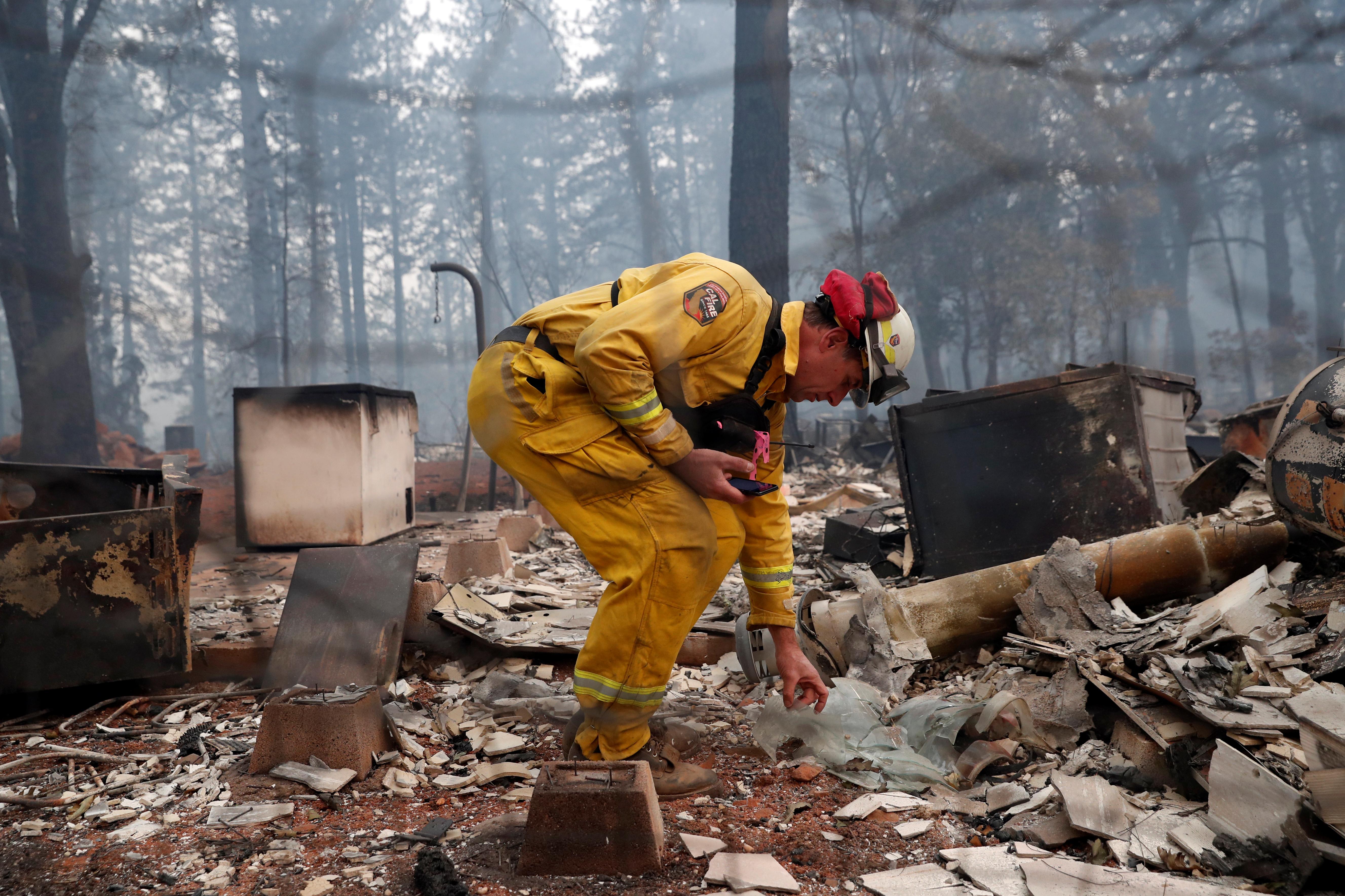 The disaster already ranks among the deadliest U.S. wildfires since the turn of the last century. Eighty-seven people perished in the Big Burn firestorm that swept the Northern Rockies in August of 1910. Minnesota’s Cloquet Fire in October of 1918 killed 450 people.

Authorities attribute the Camp Fire’s high death toll partly to the speed with which flames raced through the town with little advance warning, driven by howling winds and fueled by drought-desiccated scrub and trees.

Weather conditions have since turned more to firefighters’ favor, though strong, gusty winds and lower humidity were expected to return late Saturday through early Sunday, ahead of rain showers in the forecast for mid-week.

The rain is good news for fire crews but will add to the misery of evacuees camping outdoors, including at least 300 people living in a tent village that sprang up in the parking lot of a Walmart store.

That spot lies in a flood plain, so occupants are being urging to vacate the parking lot by Sunday afternoon, said Bryan May, a spokesman for the California Office of Emergency Services.

Outbreak of the Camp Fire coincided with a series of smaller blazes in Southern California, most notably the Woolsey Fire, which is linked to three fatalities and has destroyed at least 500 structures near the Malibu coast west of Los Angeles. It was 78 percent contained on Friday night.

Scientists have said the growing frequency and intensity of wildfires in California and elsewhere across the West are largely attributable to prolonged drought that is symptomatic of climate change. [nL2N1XN1H0]

The precise causes of the Camp and Woolsey Fires were under investigation, but electric utilities have reported equipment problems in the vicinity of both blazes around the time they erupted.

U.S. President Donald Trump, who has taken to Twitter to blame the recent spate of fires on forest mismanagement, was due to visit the fire zones on Saturday to meet displaced residents. Governor Jerry Brown and Governor-elect Gavin Newsom planned to join Trump on his tour. 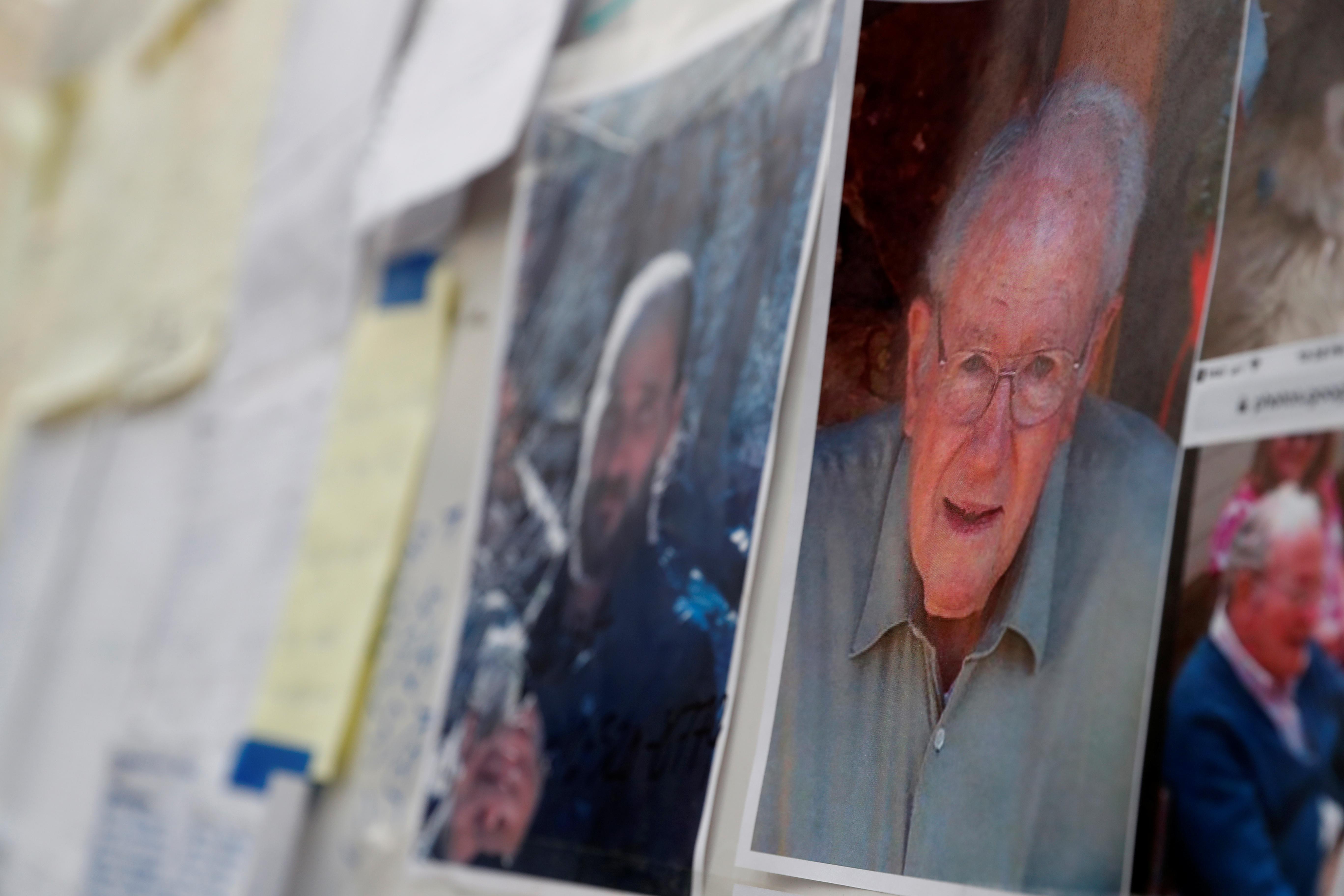 Smoke from the Camp Fire has spread broadly. Public schools in Sacramento 90 miles (150 km) to the south, and as far away as San Francisco and Oakland, canceled classes on Friday because of poor air quality.