The California State University Board of Trustees took a step towards permanently dropping a requirement for school applicants to take the ACT or SAT.

According to the Los Angeles Times, the policy change was discussed by the board of trustees committee on educational policy on Wednesday, which voted to advance the measure to drop standardized testing as a requirement for undergraduate admission into colleges within the California State University system.

The measure will be voted on by the full board of trustees in March, and if approved, the system will then create a new formula for admitting students. According to the report, California State University Chancellor Joseph Castro will get to make the final decision on the policy.

Due to the coronavirus pandemic, the California State University system, which contains 23 campuses and 477,000 students, has suspended the standardized testing requirements for admission into universities. 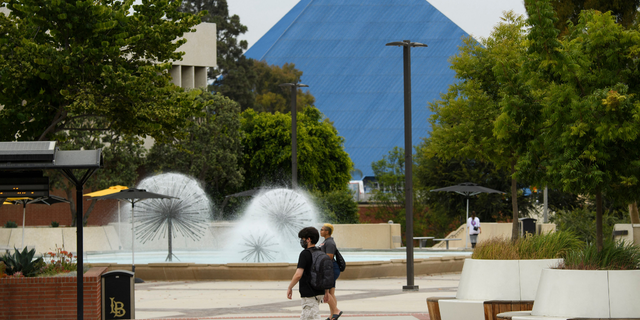 People walk on the California State University Long Beach (CSULB) campus before the return of students for Fall classes on August 11, 2021, in Long Beach, California.
(Photo by PATRICK T. FALLON/AFP via Getty Images)

The proposal states that the ACT and SAT impact students’ stress negatively and often benefits students who come from wealthier families.

“Although standardized test scores have a long tradition in higher education, dating back to 1901, the council found that standardized tests provide negligible additional value to the CSU admission process. The negative impact of stress on students, families and high schools as well as the consistent differential test results between students in more affluent communities relative to less affluent communities cannot be ignored,” the proposal states. 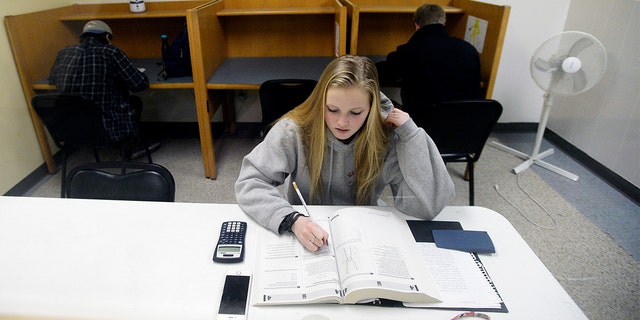 FILE – Rachel Barr, 17, of Scarborough, Maine, takes a pre SAT test in a room with other students at The Study Hall in Scarborough, Feb. 23, 2016.
(Shawn Patrick Ouellette/Portland Portland Press Herald via Getty Images)

Not everyone on the committee was fully on board, however, and Trustee Jack Clarke Jr. asked how he could respond to concerns that “We’re watering down the admission requirements, particularly in the areas of the hard sciences and mathematics?”

According to the article, Student Trustee Krystal Raynes, a student at California State Bakersfield, said that she questions whether the policy might cause campus crowding, but was supportive of the change. 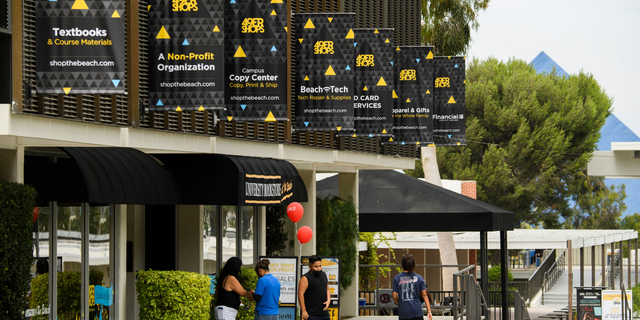 If the proposal is passed by the full board of trustees in March, the university system’s admission advisory council would create a different admission formula using a minimum grade point average and other factors.