The Duchess of Cornwall has hosted a reception at Buckingham Palace to celebrate 50 years since the founding of the Man Booker Prize for fiction.

Among the guests were 10 former winners including Julian Barnes, who won in with his novel The Sense Of An Ending in 2011 and Eleanor Catton, who became the youngest winner at the age of 28 with The Luminaries in 2013.

V.S Naipaul, who won in 1971, with In A Free State was also present along with several other shortlisted authors including Colm Toibin and Anita Desai. 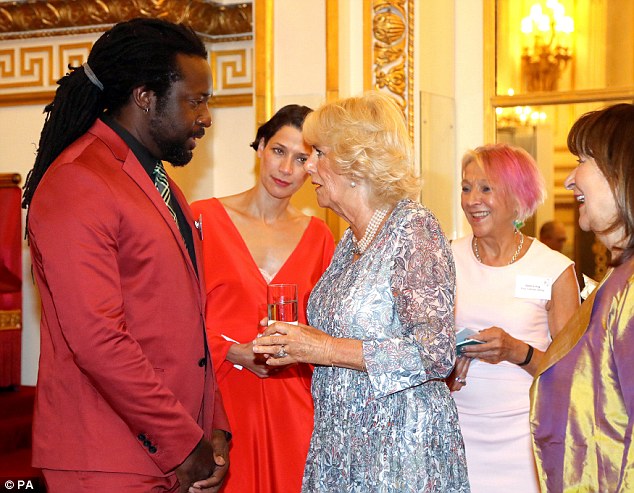 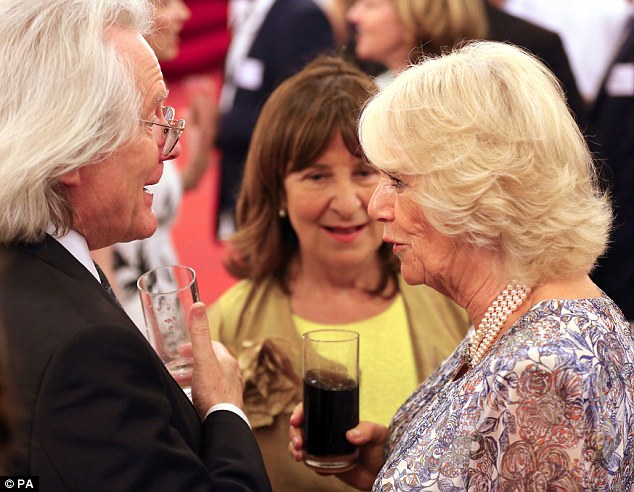 The duchess speaks to philosopher and author A.C. Grayling at Bucking Palace’s reception to honour the Man Booker Prize 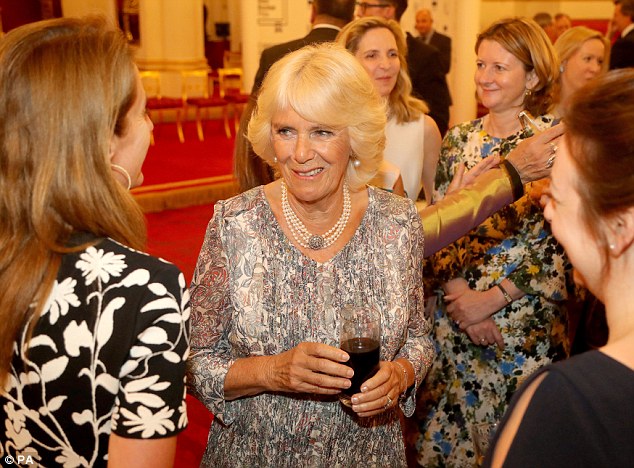 Camilla, who has presented the last five Man Booker prizes, hosted yesterday’s event to mark the start of a weekend of anniversary activities at the Southbank Centre in London.

More than 60 speakers are scheduled, as well as a programme of literary debates, readings and writing masterclasses. 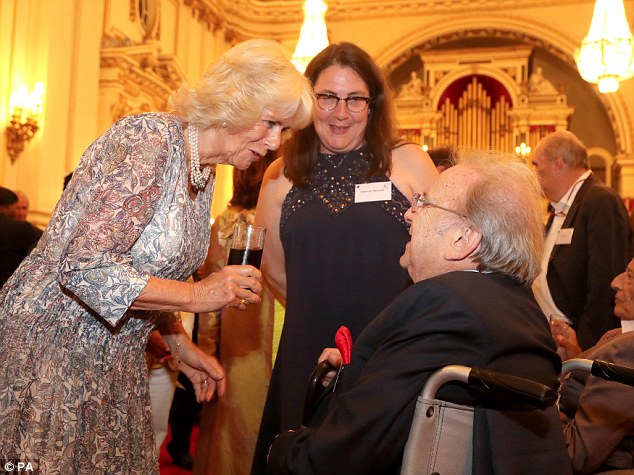 Chairwoman of the Booker Prize Foundation Baroness Helena Kennedy said: ‘Literature has the power to change lives, quite apart from the writers who the prize honours tonight.

‘It has an enormous influence in prisons, libraries, universities and schools, the work of the Booker Prize Foundation would not be possible without the very generous support of the Man Group.’ 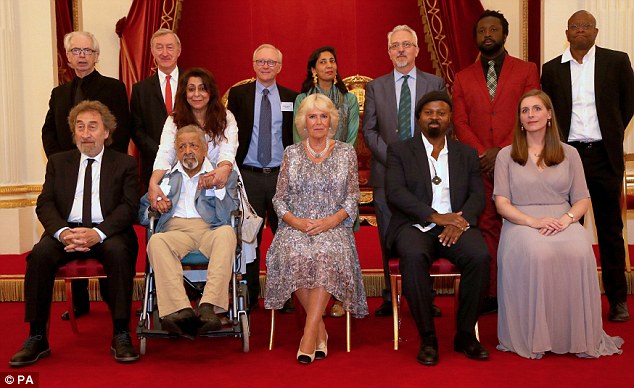 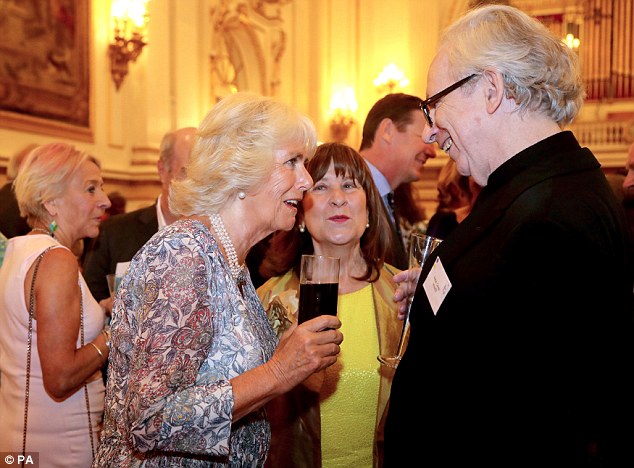 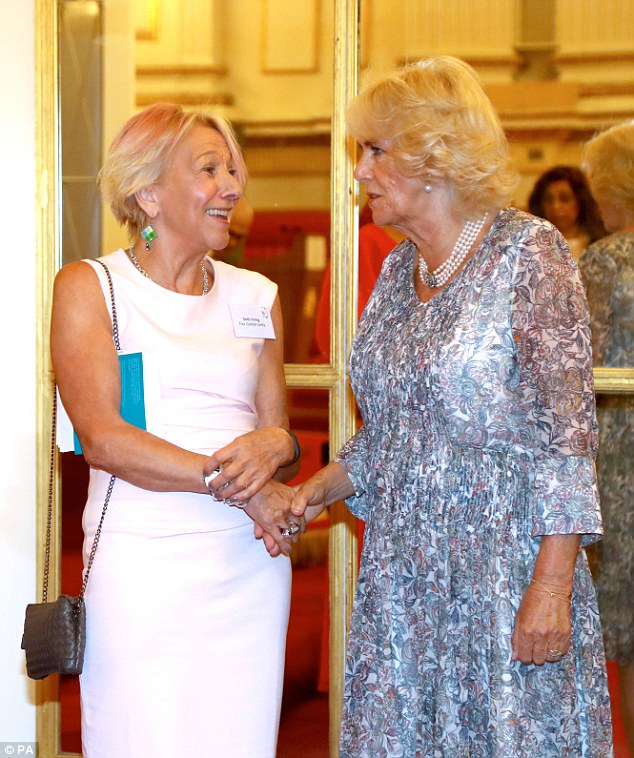 The Duchess of Cornwall meets Dotti Irving, Chief Executive of Colman Getty, as she attends a reception

Man Group chief executive Luke Ellis added: ‘We’re extremely proud to have sponsored this prize over the past 16 years and, in that time, we’ve seen winners from a diverse mix of countries and backgrounds.

‘The extending of the prize to include all novels written in English and the establishment of the Man Booker International Prize are merely recognition of something we all know – that great ideas don’t respect boundaries, that real excellence wants to perform on the widest stage possible.’