Canadian Prime Minister Justin Trudeau is scrambling to save his position in the final hours of the 2019 Canadian Federal election after a tight campaign. The Liberal Party leader is endeavouring to win a second term as the country’s Prime MInister but a series of scandals and disappointment from voters has led to a drop in his popularity according to the latest polls. So what do the latest polls reveal, could the Liberal Party really lose to the rival Conservatives?

Justin Trudeau is the 23rd Canadian Prime Minister having won the 2015 Canadian election as the leader of the Liberal Party of Canada.

He is the second-youngest PM for the country, after the 16th prime minister Joe Clark.

Mr Trudeau has continued his family’s political legacy, becoming the Prime Minister decades after his father, who was the country’s 15th leader from April 1968 to June 1979, and March 1980 to June 1984.

But is it possible Mr Trudeau will be unable to live up to his father’s legacy of winning a second term? 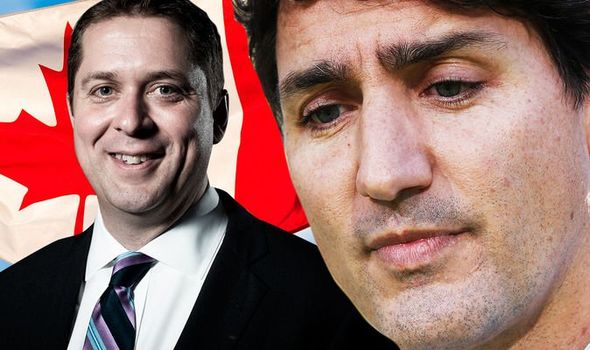 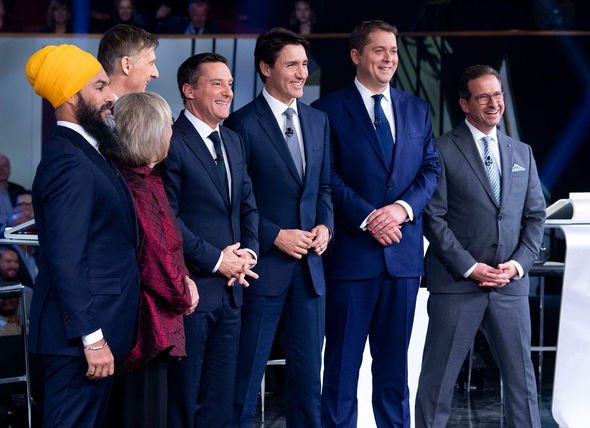 Today’s election in Canada will be a referendum on the 47-year-old Trudeau’s governance over Canada.

Trudeau has kept a number of promises during his tenure, such as legalising recreational cannabis and establishing a means-tested child benefit programme.

But the Prime Minister has also failed to execute some of the major commitments he pledged during the 2015 election.

These “failures” include a vow to overhaul Canada’s electoral system and a vow to balance the budget this year.

As a result, the Liberal Party has lost some of its popularity with votes, particularly after Mr Trudeau has been linked to a few scandals.

These scandals include the recent “blackface” images which became public, allegations he broke federal ethics rules by taking a holiday to an island owned by philanthropist and spiritual leader Aga Khan, and accusations he improperly pressurised the then-attorney general Jody Wilson-Raybould to help a large engineering company avoid corruption charges.

While Liberal support has mostly recovered from these scandals, Mr Trudeau has in effect lost some of his “political allure”, failing to inspire the same level of devotion and enthusiasm from progressive voters as he did in 2015. 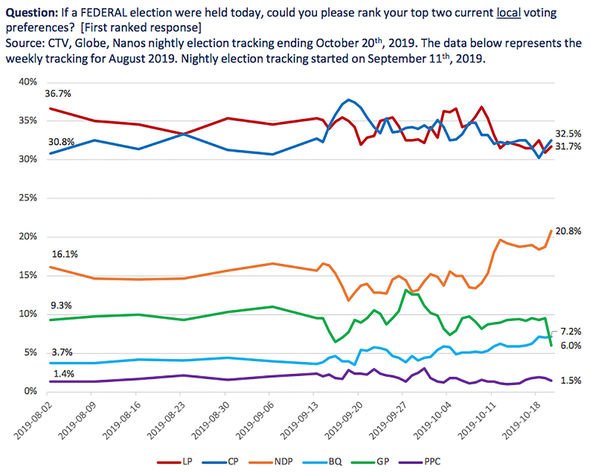 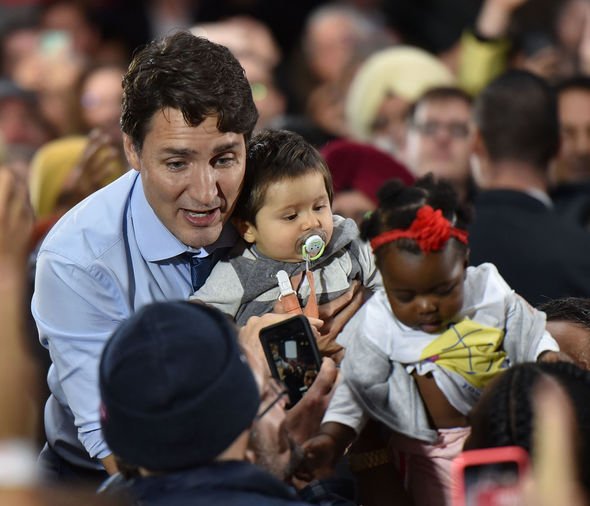 During this campaign, Mr Trudeau initially kept a low produce and avoided interactions with his rivals.

He only attended one English-language debate and this strategy of keeping his distance from the political fray mostly worked until photos and video of Mr Trudeau in blackface and wearing mock turbans and afro wigs came to light.

That scandal, however, did not appear to cost Mr Trudeau in the polls at the time.

But now the Liberal Party and Mr Trudeau’s popularity appears to be dropping.

The latest polls reveal that while he was often neck-and-neck with his Conservative rival Andrew Scheer throughout the campaign, he now could lose.

Polls indicate the Liberal Party could either lose or perhaps win but still fail to get a majority.

Last month, according to poll aggregator 338Canada, the Liberalshad a 63 percent chance of winning a second majority.

But in recent weeks, the Bloc Québécois and NDP have seen their support surge, which has taken votes from the leading Liberals and Conservatives creating more uncertainty about the final outcome expected today. 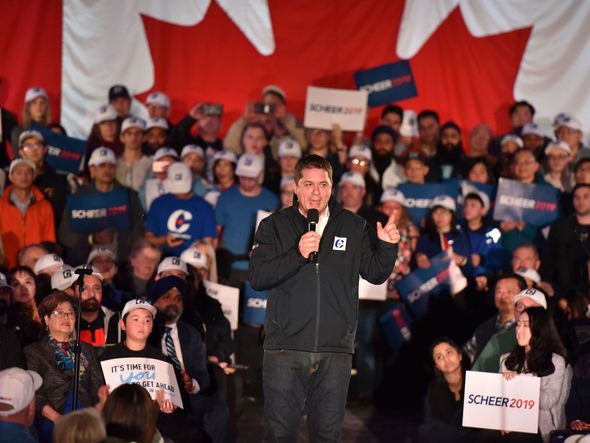 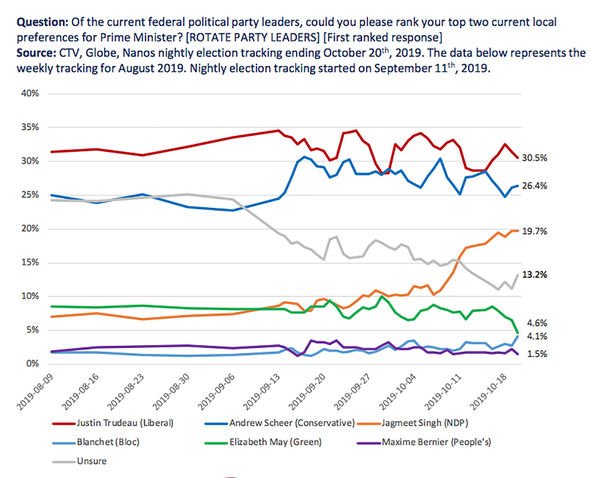 According to chief data scientist from Nanos Research, Nik Nanos said: “Popular support remains a coin toss between the Conservatives and the Liberals.

“Now it’s about the ground game and delivering votes.”

The Nanos polls project the Conservatives will win 32.5 percent of the vote, while the Liberals trail slightly behind with Liberal.

The poll, published on October 20, of a sample of 800 voters, is based on a three-day rolling sample.

Factoring in the margin of error for the national random sample administered by Nanos, the term indicates that Conservative support may be as high as 36 percent or as low as 29 percent.

Likewise, support for the Liberals may be as high as 35 percent or as low as 28 percent.

However, when asked about their preferences for who they would choose for PM, Mr Trudeau came out on top with 30.5 percent compared to Mr Scheer’s 26.4 percent.

However, according to CBC News, on average, the Liberals are still slightly ahead with a 32 percent chance versus a 31.6 percent chance for the Conservatives.

The Liberals have a 13 percent probability of winning and a 48 percent chance of winning without a majority.