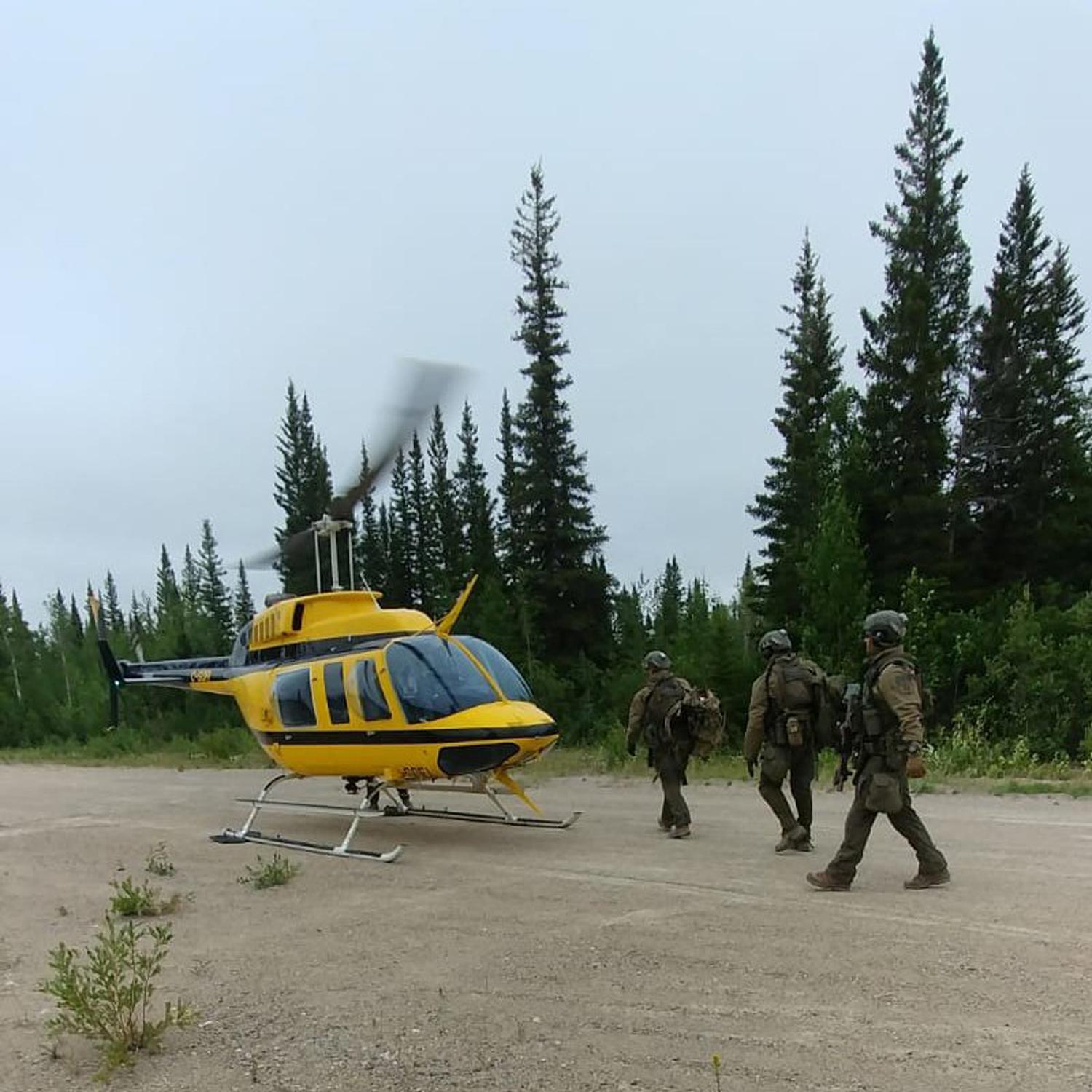 TORONTO (Reuters) – Canadian police descended on a tiny hamlet in northern Manitoba on Sunday after a reported sighting of two teenage fugitives wanted in the murders of three people, including American and Australian tourists.

The days-long manhunt for Kam McLeod, 19, and Bryer Schmegelsky, 18, which has crossed half the country, shifted to the area of York Landing, Manitoba, about 3,000 km (1,865 miles) from the crime scenes in British Columbia.

“Multiple resources are being sent to York Landing, Manitoba, to investigate a tip that the two suspects are possibly in, or near, the community,” the Royal Canadian Mounted Police said on Twitter. “ … despite reports, there’s no-one in custody at this time.”

The pair were originally reported as missing on July 19 but were later described as suspects in the killing of American Chynna Deese, 24, and her boyfriend, Australian Lucas Fowler, 23. Police charged the fugitives last week with the second-degree murder of Leonard Dyck, 64, a Vancouver botany professor. ]

Police had concentrated their search in recent days in the harsh terrain in the Gillam, Manitoba, area, more than 1,000 km (620 miles) north of Winnipeg, deploying drones, dogs and military help before shifting focus to York Landing on Sunday.

An official there said there had been sightings of the pair around the community’s landfill.

“We are urging everyone to remain indoors with windows and doors locked. Patrols of the community will be done on a 24 hour basis,” he said in a statement.