Casey Anthony acquittal: Juror speaks out 10 years after trial, says case 'haunts me to this day'

One of the jurors who voted to acquit Casey Anthony of first-degree murder in the Florida death of her 2-year-old daughter is speaking about the panel’s decision a decade later, reportedly saying it “haunts me to this day.”

“I think now if I were to do it over again, I’d push harder to convict her of one of the lesser charges like aggravated manslaughter,” the anonymous juror said, according to People Magazine. “At least that. Or child abuse. I didn’t know what the hell I was doing, and I didn’t stand up for what I believed in at the time.”

Anthony, who is now 35, was acquitted in 2011 of her daughter’s murder and charges of aggravated child abuse and aggravated manslaughter of a child. But she was found guilty on four counts of providing false information to a law enforcement officer. 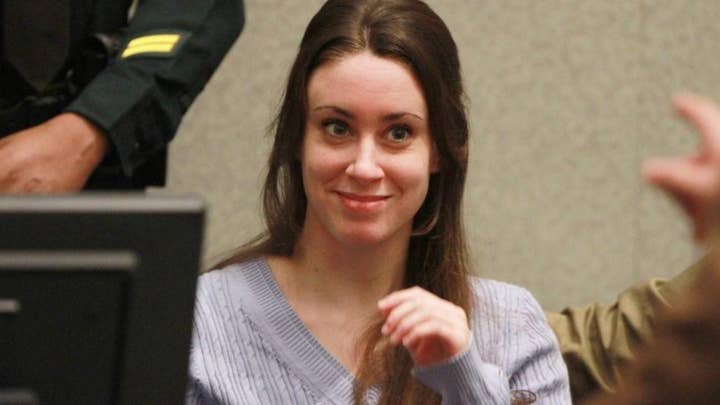 The panel of seven women and five men was sequestered in a hotel during the trial, which lasted from May to July 2011 and when 91 people were called to testify, according to People.

The anonymous juror told People he thinks about the case “at least once, every single day.”

“Every time I see her face or hear her name, I get a pit in my stomach,” he later added. “It all comes flooding back. I think about those pictures of the baby’s remains that they showed us in court. I remember Casey. I even remember the smell of the courtroom.”

The juror previously spoke to People, just a month after the trial ended, when he said he and the others generally did not like Anthony. “She seems like a horrible person. But the prosecutors did not give us enough evidence to convict,” the juror said at the time. “They gave us a lot of stuff that makes us think that she probably did something wrong, but not beyond a reasonable doubt.”

Prosecutors said Anthony used chloroform and then suffocated the child by putting duct tape over her mouth. The toddler’s remains were found five months after she disappeared, in a wooded area not far from where the Anthonys lived. Authorities were never able to establish the cause of death. 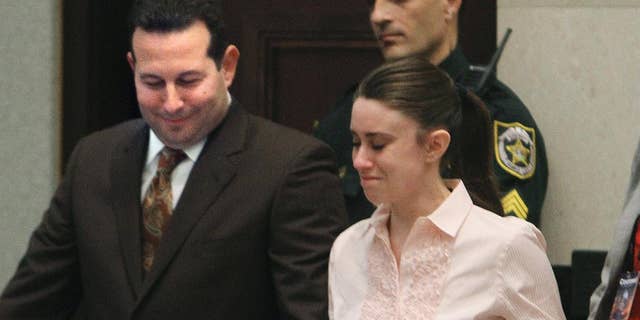 FILE – In this July 5, 2011, file photo, defense attorney Jose Baez, left, and Casey Anthony react after the jury acquitted her of murdering her daughter, Caylee, during Anthony’s trial at the Orange County Courthouse in Orlando, Fla. (Red Huber/Orlando Sentinel via AP, Pool, File)
(The Associated Press)

The judge who presided over the case, now-former Judge Belvin Perry Jr., told The Associated Press in 2017 that he believed an accidental killing is the most logical explanation for the toddler’s death.

Perry Jr. said the theory that makes the most sense to him now, based on the evidence presented at trial in 2011, is that Anthony accidentally used too much chloroform while trying to quiet Caylee, and the infant died.

Anthony insisted in a 2017 interview with The AP that she is “still not even certain” what happened to her daughter.

In People’s report Friday, the juror said he wished he had “don’t a lot of things differently.”