Cat falls through the roof of a bar in Krasnodar, Russia

It’s a CATastrophe! Bemused staff inspect the damage after a kitten brings down the ceiling of their bar

This is the freakish moment a cat falls through the roof of a bar, bringing down part of the ceiling.

CCTV footage from inside the tasting room of the Beer and Beer bar in Krasnodar, Russia, shows several suspended ceiling tiles crashing to the ground.

Amid the chaos, a black cat is seen landing on his feet before quickly jumping on a table and making its escape. 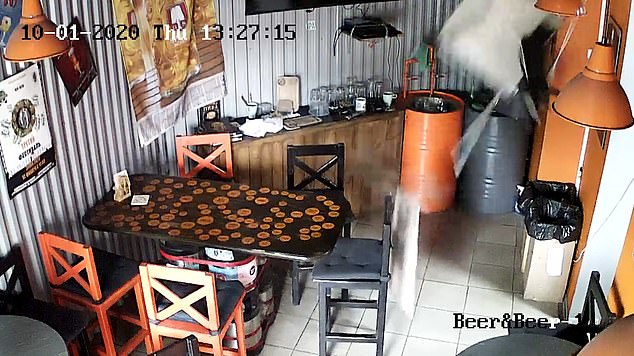 This is the moment a ceiling collapses at a bar in Krasnodar, southern Russia 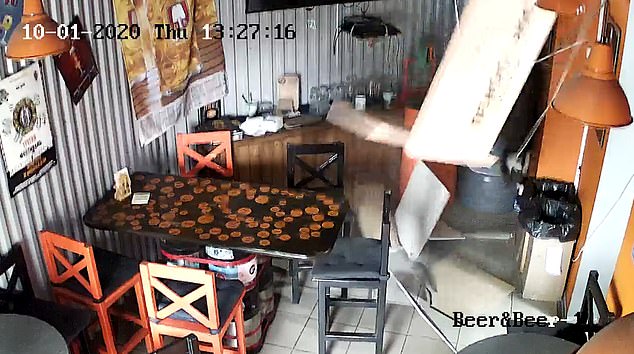 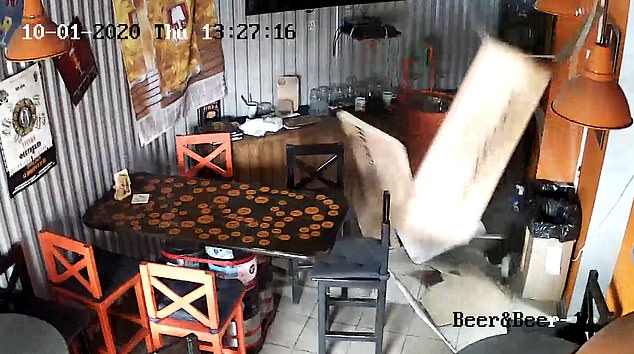 The cat, pictured right, ran off moments after touching the ground and before staff arrived

Moments after the incident, which took place on October 1, four bemused members of staff ease their way into the bar to try and discover what exactly had just happened.

By the time they arrived, the cat had escaped.

Fortunately, there were no customers or staff in the bar area when the ceiling collapsed so nobody was injured. 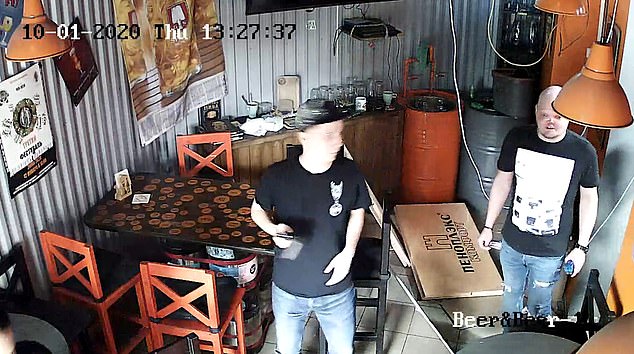 Foster son is still haunted by Britain's most sadistic mother Jack Whitehall sparks confusion as ‘third’ hand is spotted on co-star ‘Is it a prank?’
We and our partners use cookies on this site to improve our service, perform analytics, personalize advertising, measure advertising performance, and remember website preferences.Ok