A FAMILY-run corner shop was left shocked after they agreed to order a fish in for a loyal customer – with the whopper weighing more than a grown man.

Ali Ismael ordered the giant 300lb catfish to his tiny cash and carry after a shopper hadn’t been able to get the huge fish at any fishmongers. 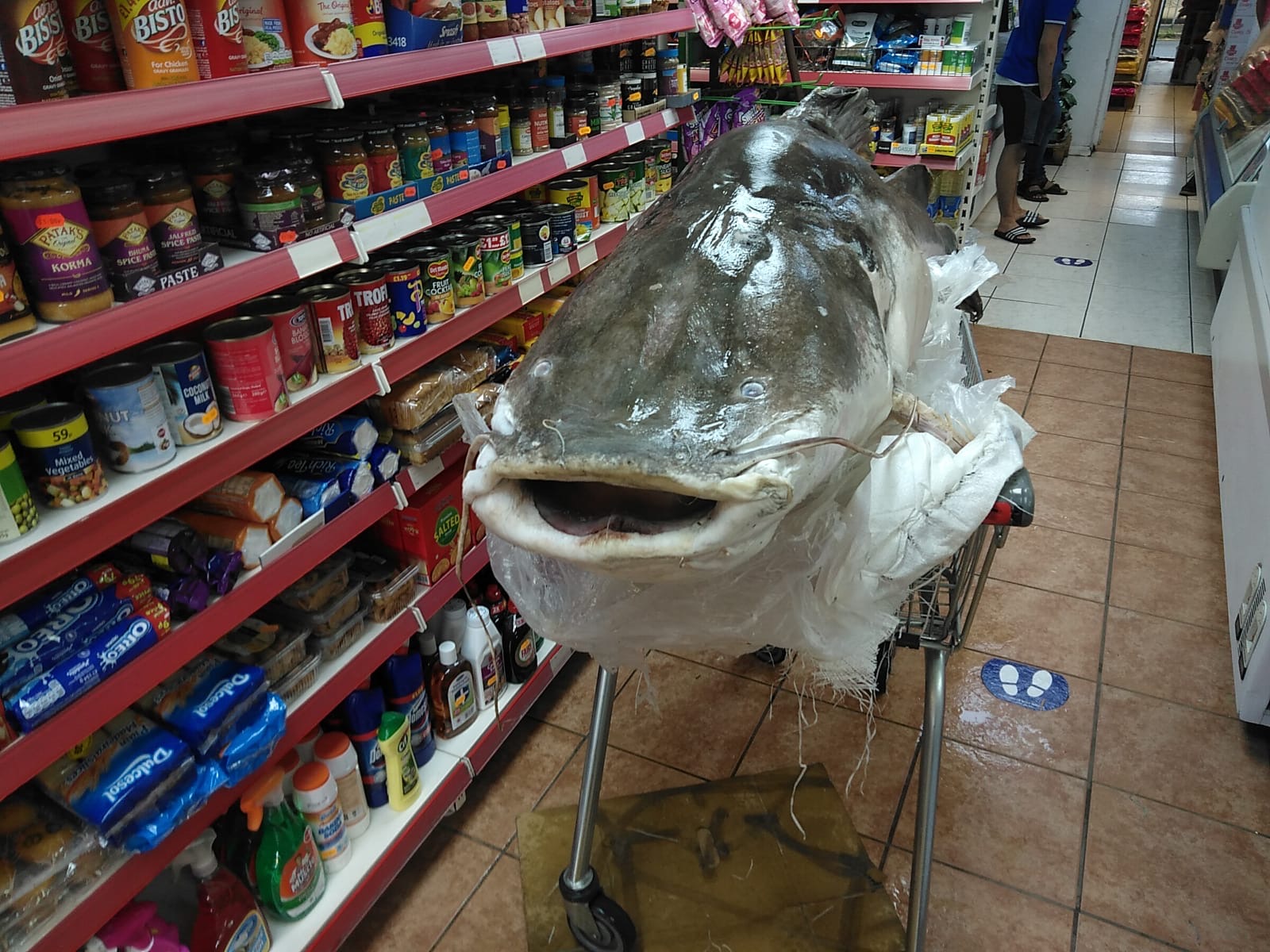 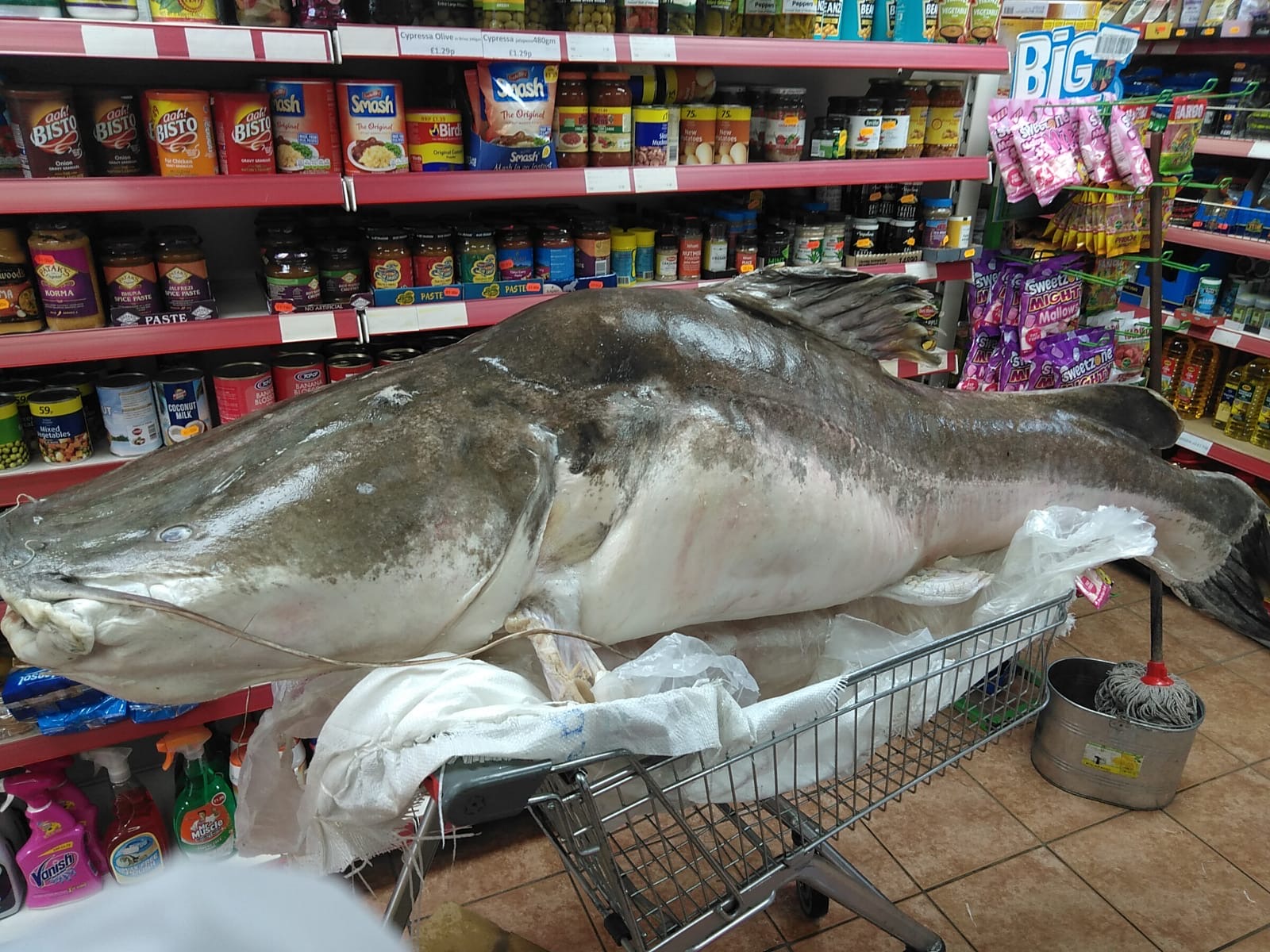 The 29-year-old who helps to run the Bengal Shop in Feltham, Twickenham, bought the heavy grey delicacy for £300.

Ali was told by the customer he planned to barbecue parts of the fish to celebrate Eid, and roast some of it off as a traditional dish with banana leaves.

Speaking to The Sun he said: “We obviously sell meat and fish but how you would normally expect to buy it, as a pre-packaged item.

“The gentleman who wanted to buy the fish had asked around a few local fishmongers but they were told they couldn’t help him, so we said why not.

“He put a deposit down, and we managed to source the fish, and just called him once it had arrived to the store.

“It was a bit of a struggle to get through the doors, we had to put it in a trolley with ice in the end to get it out to the customer.

“It arrived two weeks ago, and we put it in a giant chest freezer until the customer was able to come and get it.

“What took me by surprise most was its mouth, I didn’t expect it to be that bit really. It took three or four grown men to even be able to lift it.

“It’s literally the biggest fish, or animal, that I’ve ever seen in my life. I don’t think it will be something that we will get in that often!”