Caught in the crossfire? The mysterious detention of Yang Hengjun

Yang Hengjun clearly didn't think he would have any problems visiting China.

"Criminals who violate China's laws will have no trouble as long as they don't cross China's borders," he wrote on his blog last month, apparently assuming there were no clouds over his own head. "Once they enter China they will be arrested immediately."

On Saturday, January 19, trouble awaited Yang when he stepped off a flight in Guangzhou.

As he made his way to a Shanghai-bound connecting flight — bearing his Australian passport while standing in the foreigners’ queue — a squad of security agents took him away.

He hasn't been seen since.

According to Hua Chunying, spokeswoman for China’s Foreign Ministry, Yang is suspected of “engaging in criminal acts that endangered China’s national security”. A lawyer, engaged by the family to assist with the case, says Yang is accused of espionage.

Beyond that, detail is scant. In China, such charges are broadly defined and often deployed against the political enemies of the Chinese Communist Party. As Australian government officials seek to understand why he has been targeted, attention has shifted to his activities in Australia, the United States and China. 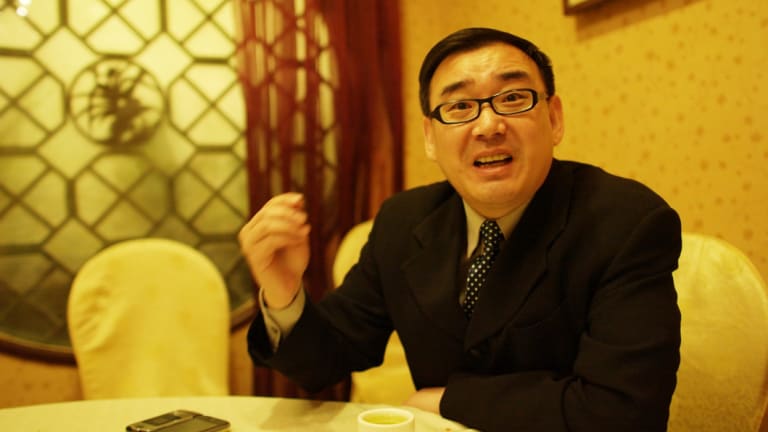 Yang Hengjun was surrounded by secret police as he waited in a queue at the airport.Credit:Sanghee Liu

While Yang, 53, is friends with a number of key players in China-watching circles, his name was a new one for most people. He appears to be a complicated character whose life has evolved repeatedly. He represents different things to different people.

What's clear is that Yang, a former Chinese diplomat and Australian citizen since 2002, has built an enormous online following as a blogger and writer. On Chinese microblogging site Weibo, he has more than 310,000 followers. On Twitter, he has 131,000.

I was not kidnapped, but it made me clearer on what I really want and what China needs.

To his friend John Garnaut, a former China correspondent for the Herald and The Age and adviser to the Turnbull government, Yang is “not only brilliant but extraordinarily popular among the Chinese-speaking world”. He is also a “courageous and committed democrat”.

Certainly, his writings have suggested an enthusiastic belief in the power of democracy and human rights and the need for China to to move away from authoritarian rule.

“I believe China has two choices now: political reform and democracy or cultural revolution,” he said in late 2010. “The first is a path of life. The latter may be a path of life for some but for the nation it is a road to death.”

Under CCP general secretary and Chinese President Xi Jinping, the state has become far less tolerant of such attitudes. Despite widely held predictions that China was inevitably going to liberalise and democratise, the opposite has occurred, with the regime intensifying repression on multiple fronts. 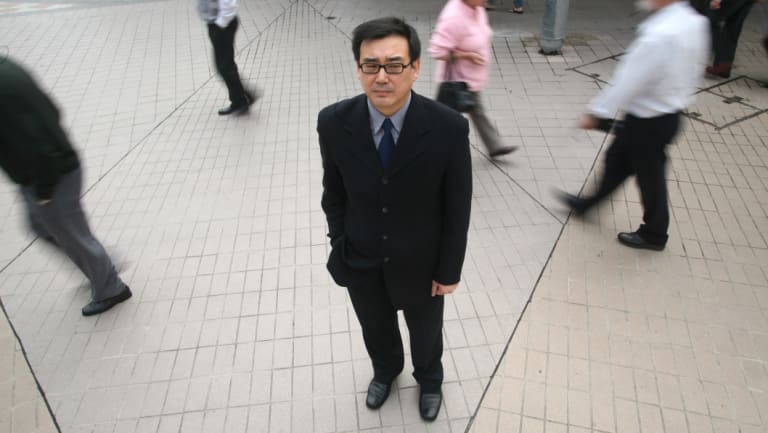 Whatever Yang’s personal history, observers are still seeking to understand why the Chinese government has chosen to target him now. The timing — with heightened tensions between China and Western powers — is notable.

Some officials, politicians and experts can’t help but suspect it is linked to geopolitical power struggles centred around trade and the United States’ actions against the Shenzhen-headquartered telecommunications giant Huawei. 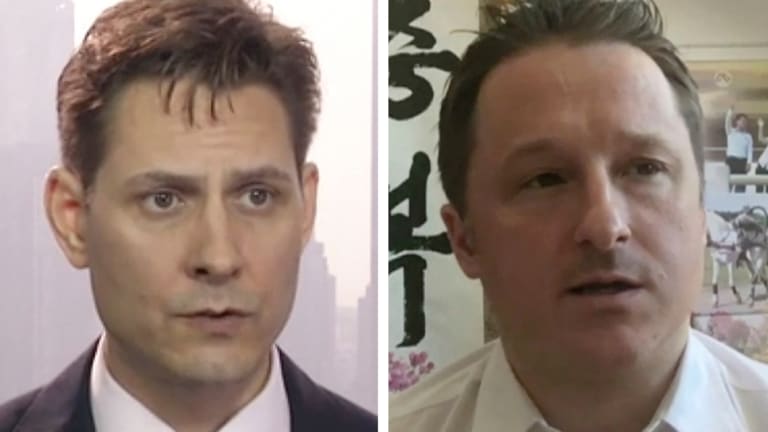 In December, at the request of the United States, Canadian authorities arrested chief financial officer Meng Wanzhou, the daughter of the company’s founder. Prosecutors accused her of fraud connected to business dealings with Iran in violation of American sanctions.

A short time later, the apparent retaliation started. Two Canadian men — a businessman and diplomat on leave — were arrested on unspecified charges of “endangering national security” (the same accusation now levelled at Yang).

In a sudden retrial this month, a third Canadian man was sentenced to death for drug smuggling charges, overturning the previous 15-year prison sentence.

Australia joined other allies in pushing back against the Chinese actions. In a relatively restrained statement, Foreign Affairs Minister Marise Payne said the government was “concerned” about the detention of the Canadians.

Following the death sentence, acting foreign minister Simon Birmingham said Australia was “deeply concerned” and called for the law to be applied fairly.

On Thursday, Payne said “at this stage, there is no evidence” of a link between Yang’s detention and geopolitical tensions. “We’re seeking clarification on those matters. I would be concerned if there was indication of that. So we are calling on Chinese authorities to ensure this matter is dealt with transparently and fairly,” she added.

The more hawkish voices in the political and foreign policy realm have not felt the same need to temper their words or reserve judgment to account for diplomatic sensibilities.

Andrew Hastie, the chairman of Parliament’s powerful intelligence and security committee, issued a muscular declaration on Friday. He accused the CCP of detaining Yang arbitrarily as a power play to pacify the Chinese diaspora and coerce foreign governments.

He called the actions against the Canadians a “very unsettling precedent” for democracies like Australia that have critical economic relationships with China.

“This action generates uncertainty in our friendship with China. It is a worrying trend when it appears that the principles of transparency, accountability and rule-of-law are traded cheaply for strategic leverage,” he said.

Others warn it’s premature to link the arrest with broader political tensions or to come to any conclusions at all, given the absence of real information. It could be a relatively standard example of the Chinese authorities exercising their brutal powers — but not directly linked to global affairs.

On one level, Yang is just another Australian to be locked up by the Chinese government. According to figures from the Department of Foreign Affairs and Trade, the embassy in Beijing managed 50 active imprisonment cases in 2017-18.

Yang was seized by a squad of about 10 security agents shortly after arriving at Guangzhou airport on Saturday. The fact that he was detained moments after setting foot on Chinese soil suggests he was on a watch list. For whatever reason, authorities were prepared to swoop as soon he entered the country.

One prominent voice in Beijing contends this is not about politics. “Yang Jun’s case should be an isolated one,” said Hu Xijin, the editor-in-chief of the Global Times newspaper. “He’s likely done something that undermined China’s national security but the outside world didn’t know. There is no reason to escalate diplomatic tension with Australia now. Plus, Yang has limited influence on China’s public opinion.”

In an editorial, the publication argued it was “ridiculous” speculation to link the Australian case to geopolitical tensions and said it must be about Yang himself.

The editorial warned some ethnic Chinese people who obtained citizenship overseas “have a twisted self-identification and take their foreign nationality as an umbrella to protect them”.

For the Australian government, the Yang ordeal is an unwelcome development after a concerted effort to rehabilitate the shaky relationship with Beijing.

The disputes of 2017 and 2018 had swirled around foreign interference and influence in Australian politics, China’s militarisation of the South China Sea, the growth of Chinese development loans in the Pacific, and Australia’s decision to block telecommunications giant Huawei from involvement in the next-generation 5G network on national security grounds.

But, in the latter half of last year, things were looking up. As warming relations started to take hold, the Chinese government hosted a high-level dialogue with an Australian delegation led by former prime minister John Howard. Although the discussion was heated over the Huawei decision behind closed doors among the academics, business identities and retired politicians, it was all smiles and polite remarks afterwards.

That was seven weeks ago.

This week, Payne said the relationship had been on a “positive trajectory” recently. Asked whether it was still on the ascent, she said: “I am very concerned … and the government is concerned about the nature of Mr Yang’s detention but we will seek further information on that.”

Canberra will make every effort to preserve the progress it has made in mending relations but episodes like this can prove to be a destabilising force. Yang's detention, as with the high-profile arrest of Rio Tinto executive Stern Hu in 2009, could become immensely damaging. 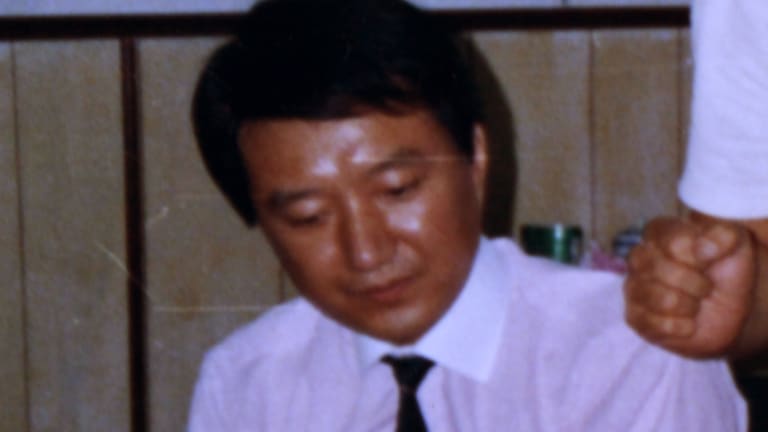 Stern Hu was detained in China in 2009. Credit:Ben Rushton

This time, China has already ruffled feathers by failing to comply with its consular agreement with Australia. The treaty requires that either government be informed within three days if one of their citizens is detained. Consular officials are also entitled to get access to the person within five days of their arrest. While Yang was detained on Saturday morning, authorities did not inform the Australian embassy until late on Wednesday. Consular officials were granted access to him on Friday afternoon, DFAT confirmed in a statement. Dr Feng has been told his friend was in good spirits.

As some prominent China experts publicly question whether they should visit the country now, Labor MP Michael Danby is urging the government to consider updating its travel advice.

“Both the arrest of our Australian citizen and the earlier arrest of the Canadians make it important that the Australian government tell the Australian people whether such an upgraded travel advisory is necessary for Australians travelling to China," he says.

Today, Yang is detained in “residential surveillance at a designated location” in Beijing. While this might not be a prison per se, friends and human rights advocates warn he could face torture and other ill-treatment in the undisclosed location.

His lawyer, Mo Shaoping, says there is no automatic right to a lawyer in national security cases and detention with no family contact can last six months. Authorities can also extend the detention for an “investigation period” if they desire.

In the case of Yang Hengjun, there are a long list of questions and very few answers. Only the Chinese government knows what is happening. Everyone else — family, friends, his lawyer, the Australian government and concerned observers the world over — remains in the dark.