Drug dealer, 25, is jailed for life after donning Crusader-style chainmail to stab 22-year-old rival to death with ‘fearsome’ Bowie knife 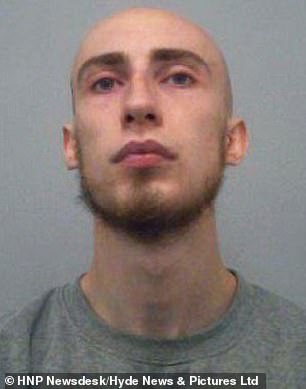 A drug dealer who wore a Crusader-style chainmail vest to protect himself was jailed for a minimum of 30 years today for the murder of a rival.

Sopp, 25, shouted ‘yo Snoop’ before lunging and stabbing him in the thigh with what prosecutor Stuart Trimmer QC described as a ‘fearsome’ Rider Stacked Bowie knife.

Jailing him for life, with a minimum of 30 years, Judge Mark Bishop said: ‘You were utterly ruthless in protecting your own financial interests.’

He told him: ‘Your aim was to ensure Mohamud Hashi did not deal drugs on the patch that you regarded as yours.’

The location of the killing – in a wooded area in Fishermead near the city centre – is a place where drugs were regularly sold.

When a search was carried out at his address, several weapons were found including the knife used to kill Mr Hashi. 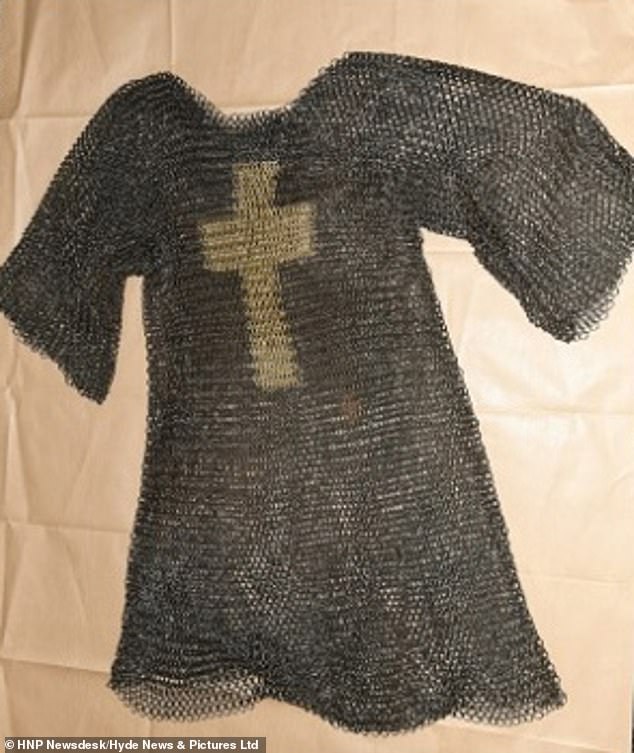 Sopp was wearing what Mr Trimmer described as ‘Crusader-style chain mail’ with a cross on it that he had purchased online.

When questioned on his arrest the next day, he said: ‘I am wearing chainmail to protect myself from getting stabbed.’

He carried a Samurai sword around in a guitar case with the words ‘Sosa’s revenge’ inscribed on it. 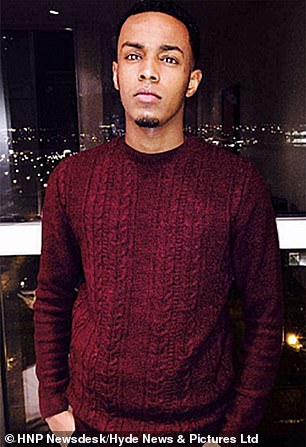 The judge said Sopp used the sword to ‘regulate your business’ from which he said he was earning £900 a day.

Opening the case, Mr Trimmer said: ‘His [Sopp’s] phone contained messages relating to the violence he had in mind in relation to Somalis.

‘The crown say he armed himself specifically to go up against other drug dealers.’

On the day of the killing, Mohamud Hashi was picked up by his friend Abdullahi Koshin Musse.

CCTV showed them arriving in the car park of the shopping centre in Milton Keynes just before 2pm.

At around 2.57pm Mr Hashi received a call from a Lee Davis and they arranged to meet at the Skate park bridge.

Mr Davis went there with another man – Joshua Morgan.

They went into the bushes to do the drug deal when Sopp arrived and, according to Joshua Morgan, shouted ‘yo snoop,’ lunged and stabbed Mr Hashi in the groin area.

He said Sopp was jumping around ”like a mad man’ asking where the drugs were.

A woman who was on her way to collect her daughter from school passed over the Skate Park bridge and heard shouting in the bushes, seeing one man with a knife.

She found Mr Hashi face down and bleeding heavily.

She called the police and ambulance crews were called, but he was pronounced dead at 4.41pm, having bled to death. 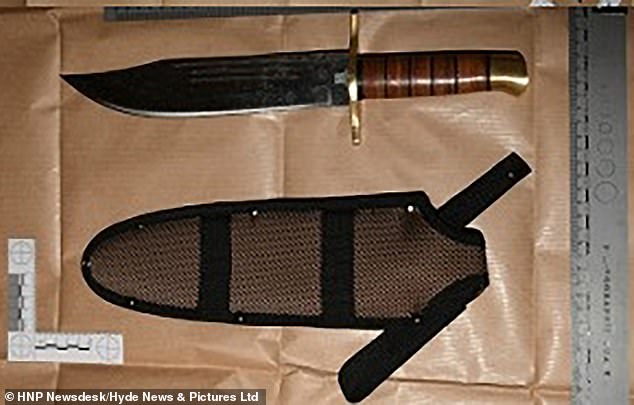 Mr Trimmer said: ‘The cause of death was a single stab wound to his right thigh.

Sopp returned to the murder scene between 4.57pm and 4.58pm that night and recorded the emergency services activities.

He spoke to the police and asked what happened. 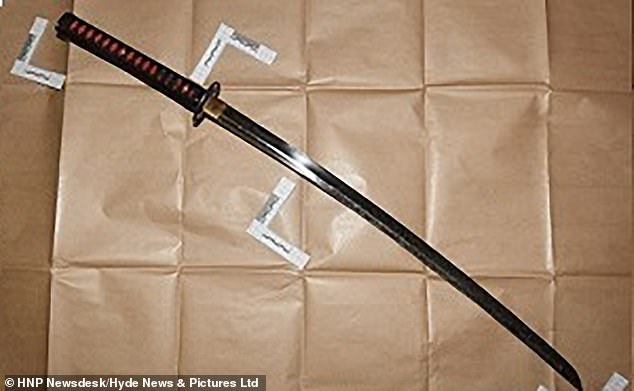 In the witness box Sopp told the jury he had just given Mr Hashi a ‘little jab’ with the knife to warn him off his drug dealing patch.

He agreed he had an interest in collecting weapons such as crossbows, knuckle dusters, knives and swords.

‘I just like weapons,’ he told the jury, adding that some were bought to ‘regulate my drugs business.’

He said he also had a chainmail stab vest, telling the court: ‘As much as I like weapons, I like armour too, like stab proof vests. It was to protect myself.’

He was cleared of aggravated burglary and wounding Kerrie Clarke with intent at her home in Shenley Church End the day after the murder.

He had pleaded guilty to the manslaughter of Mr Hashi, two charges of having an offence weapon, possessing crack cocaine, possessing heroin and possessing criminal property.

The judge passed concurrent sentences for those offences.

He ordered £1,335 of the money seized from Sopp’s address should be paid to Ms Clarke as compensation for damage caused by Sopp at her home.

The remainder of the £13,000 police found is to be forfeited.