There is no doubting the scale of the problem. Even before the pandemic struck, the inadequacies of our mental health systems were evident. And like many fault lines in our society, this year has only further exposed and deepened them.

The evidence and warnings are almost daily. A recent report by the Victorian Agency for Health Information revealed a more than 70 per cent increase from last year in the number of serious self-harm and suicidal-ideation presentations in emergency departments for those aged under 18 during the final six weeks of lockdown. That is a shocking figure. 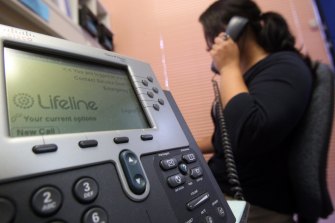 Victoria's first mental health system, the Yarra Bend Lunatic Asylum, opened in 1848. While the Lunacy Act of 1867 was the state's first of many attempts to set down in law the structures and rules of a mental health system, public outcry over the treatment of those in asylums soon led to a royal commission.

It beggars belief that we are still in that situation today. The Andrews government's royal commission into mental health is still at work, but its interim report made clear that years of chronic under-investment in the sector led to a system that “catastrophically failed to live up to expectations”.

In a pre-budget announcement, the state government pledged $870 million to begin to implement some of the royal commission's recommendation. The multimillion-dollar package includes almost $500 million for 120 extra mental health beds, and more funding for extra acute treatment beds for mental health patients in public and private hospital.

It's a good start, but it is only a start.

What the royal commission and the Productivity Commission make evident is that throwing money at the problem will make a difference, but it must be done in a way that accepts the reality that the system is in need of a root-and-branch rethink. That will require a bipartisan commitment to a shared vision of reform over many years.

While the worst of the pandemic is hopefully now behind us in Victoria, for some people employment will not return for many months, or even years, career and study plans will be thwarted, relationships damaged and social connections irrevocably disrupted. These all have consequences, and not just financial ones. Australian society will not return to normal just because the GDP figures head back into more positive territory.

It is an enormous challenge for governments. Despite much work by many to make it a topic of public discussion and understanding, there is still a long way to go. So often it is an underlying issue for those incarcerated, living in poverty or homelessness, or suffering from a drug addiction. The pandemic is only going to exacerbate these problems.

There has been much talk about how society will change after the pandemic, whether it be how we work, shop, engage with each other, to what issues people will care about. The lockdowns taught us that, under stress, managing one's mental health is an absolute essential. It does appear that governments are now fully committed to putting in place the services required to offer the support for people to do just that.

If you or anyone you know needs support call Lifeline on 131 114, or Beyond Blue's coronavirus mental wellbeing support service on 1800 512 348.