Jerusalem: Buoyed by its recent success in combating the coronavirus, Israel has lifted its outdoor mask mandate, while schools fully reopened for the first time since September.

The country has been taking rapid steps back to normality in the wake of its world-leading vaccination campaign and plummeting infection rates. About 56 per cent of the Israeli population has been fully vaccinated, according to a New York Times database. 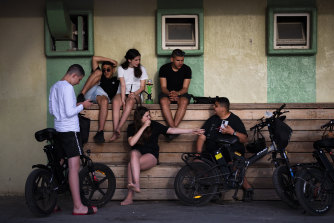 “Finally, I can breathe again!” Eli Bliach, 35, an entrepreneur, said while walking mask-free in downtown Jerusalem on Sunday morning.

With the sun out and temperatures rising, some people joked about avoiding mask tan lines.

But other Israelis were hesitant to remove the layer of protection that had felt so alien at first, but that many have since gotten used to.

“I am not confident that the pandemic is over,” said Ilana Danino, 59, a cosmetician and caregiver who was still wearing a mask. “It is still out there all over the world.” 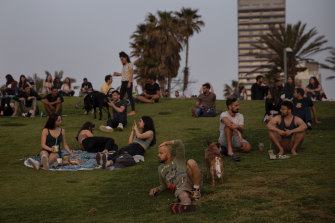 Besides, she said, “I feel good with this on,” gesturing to the air around her and explaining that springtime could still bring allergies and the spread of other viruses.

Israel’s health minister, Yuli Edelstein, urged people to continue carrying masks with them for entry into indoor public spaces, where they are still required.

Daily new coronavirus infections in Israel have fallen from a peak of 10,000 in January to around 100 on some recent days. Professor Eran Segal of the Weizmann Institute of Science said on Twitter last week that with 85 per cent of people 16 and older in Israel either vaccinated or recovered from the virus, “Life is close to pre-COVID.”

As part of the transition, Israel has introduced a “green pass” system allowing people who are vaccinated or recovered to dine indoors in restaurants, stay in hotels and attend large cultural, sports and religious gatherings.

But there is some new concern after several cases of a virus variant with a double mutation first detected in India, B.1.617, were identified in Israel last week. Professor Nachman Ash, Israel’s coronavirus czar, told the Hebrew news site Ynet on Sunday that the variant might have some characteristics that could make those who have been vaccinated vulnerable to infection.

Meanwhile in the US, half of all adults have received at least one COVID-19 shot, the government announced on Sunday.

Almost 130 million people 18 or older have received at least one dose of a vaccine, or 50.4 per cent of the total adult population, the Centres for Disease Control and Prevention reported. Almost 84 million adults, or about 32.5 per cent of the population, have been fully vaccinated.

The New York Times, with wires