Chelsea fan, 40, admits his face was ‘crunched-up’ in anger during ‘frenzied’ attack on left-wing commentator Owen Jones but denies it was political or gay hate assault

A Chelsea fan admits his face was ‘crunched up in anger’ when he karate kicked left-wing activist Owen Jones to the ground but denies targeting him because of his ‘sexual orientation or political views’, a court heard.

James Healy, 40, launched a ‘frenzied attack’ on the Labour supporter, who was out celebrating his birthday, outside the Lexington pub on the Pentonville Road in Islington, north London.

Mr Jones, who is gay and campaigns for LGBT rights, suffered cuts and swelling to his back and head, and was left with bruises down his body in the attack on August 17.

Healy, who has admitted affray and assault occasioning actual bodily harm, is facing a trial of issue at Snaresbrook Crown Court.

He insists the attack was sparked by a row inside the pub, but if it is found the attack was to be motivated by homophobia or political views, he faces a higher sentence. 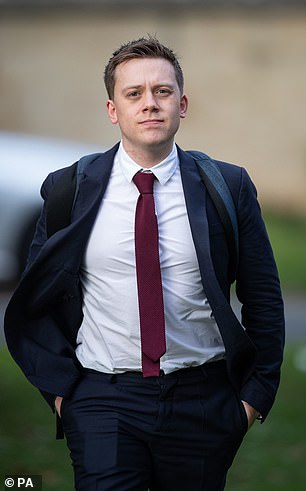 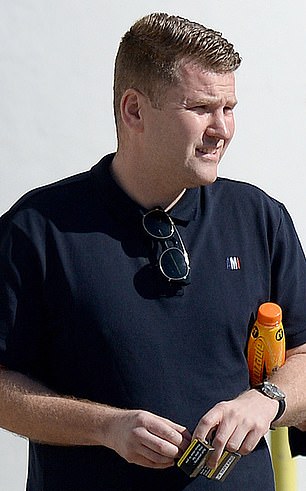 Owen Jones (pictured arriving at court today) who is gay and campaigns for LGBT rights, suffered cuts and swelling to his back and head after the attack by James Healy (right)

In a statement read to the court today: ‘I believe I have been targeted for my political beliefs by far-right sympathisers.

‘This was a systematic attack including multiple death threats and the level of intimidation escalat[ed].’

Healy was handed a five-year football ban in 2017 after rushing the pitch at Hawthorns when Chelsea won the Premier League.

Philip McGhee, prosecuting, said: ‘Mr Healy was associated with a number of far-right extremist groups who are known to be homophobic. 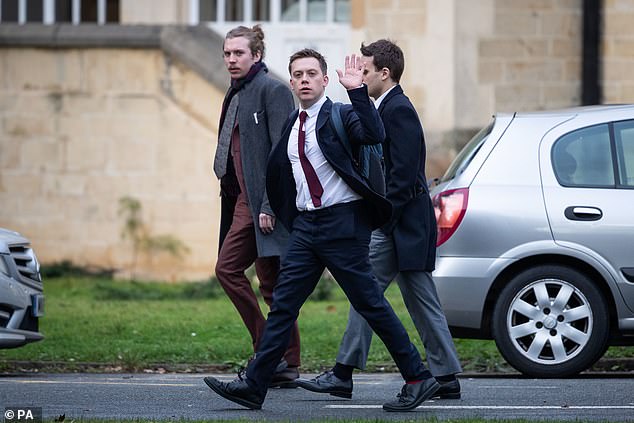 ‘The fact that there have been previous attacks by those groups and their members on Mr Jones goes towards knowledge because if Mr Healy is associated with or a member of these groups then he’s much more likely know who Owen Jones is to if it’s right that Owen Jones has been targeted by those people.’

‘It is said, based on the evidence, that the assault was motivated by hostility borne by the defendant towards the victim either due to the victim’s sexual orientation or political views, or both.

‘The defendant asserts the only motivation is something that happened between him and the victim inside the public house outside which the assault took place.’

The court heard CCTV footage may show an ‘altercation’ between Jones and Healy before they left the pub. 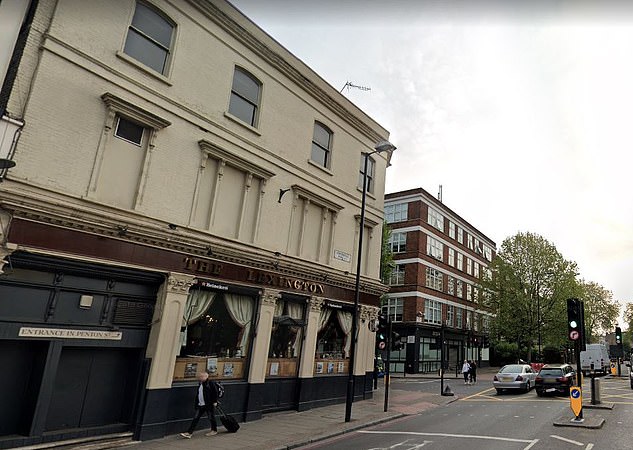 The attack took place outside the Lexington pub on the Pentonville Road in Islington, north London

During legal argument, Healy’s barrister, Matthew Radstone, said: ‘He accepts he did target him, he accepts his face was crunched up, he accepts using the word f***.

‘It is an assault he has pleaded to and a frenzied one at that.’

But the lawyer said prosecutors rely on the opinion of witnesses and items of memorabilia and insignia found in Healy’s home, arguing there is no evidence his client was motivated by homophobia or the victim’s political views.

If the judge, Recorder Anne Studd QC, finds the assault was politically motivated she could still consider it an aggravating factor, although it is not defined as such in law.

The trial of issue, which is not in front of a jury, is expected to last up to two days.

Healy, from, Portsmouth, will be sentenced at a later date along with Charlie Ambrose, 30, from Brighton and Liam Tracey, 34, from Camden, who have previously pleaded guilty to affray over the incident.

Ambrose and Tracey previously both denied a charge of ABH and the charge was left to lie on file, with prosecutors accepting their actions were not motivated by homophobia.