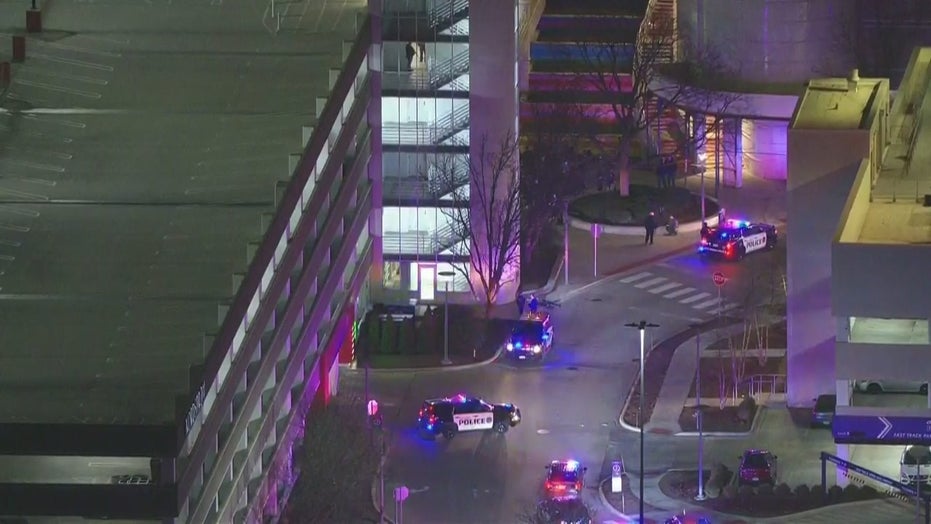 Police in a Chicago suburb released two photos of an at-large suspect early Friday as a manhunt continued following a shopping mall shooting Thursday that left at least four people wounded – including one suspect who was among two in custody.

The shooting occurred just before 6 p.m. in a corridor near a Nordstrom department store, Oak Brook police Chief James Kruger said. Authorities believe two people were engaged in a shootout. 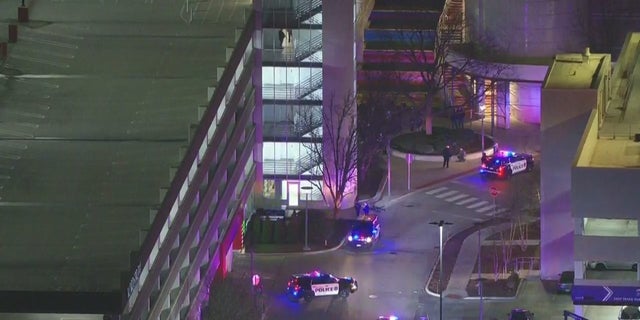 One person was in police custody after shots rang out at a Chicago-area shopping mall.
(FOX 32 Chicago)

“We believe that two individuals that were known to each other shot at each other, and potentially three would have been struck by gunfire either directly or by ricochet,” Kruger told FOX 32 of Chicago.

An Oak Brook police officer working a detail at Nordstrom overheard the gunshots and radioed authorities. Both suspects ran into the Nordstrom in an attempt to flee, Kruger said.

The four people shot were taken to a hospital with non-life threatening injuries. A fifth person sustained an ankle injury while fleeing the area.

One of the four people wounded is believed to be one of the offenders, Kruger said. Another person of interest was in custody and authorities said a third suspect was at large.

The mall was locked down as police continued to investigate the shooting. 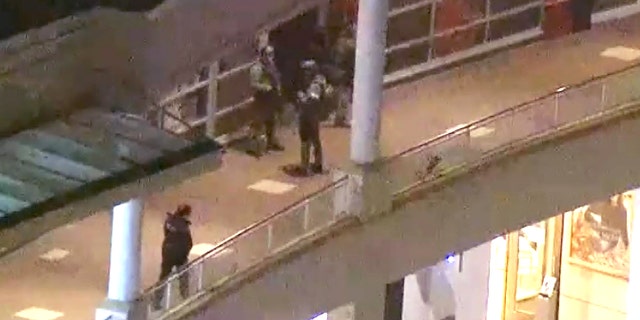 “We have SWAT teams that are going store-to-store in order to clear each store and to make sure that there isn’t another possible offender,” the chief said.

Investigators have recovered an unspecified weapon, said Kruger. The identities of the suspect and victims have not been released.

In a statement, Oak Brook Center thanked the police department “for their diligence in leading this developing investigation.”

The shooting came hours after a suspect and 14-year-old girl were killed in a Burlington Coat Factory in Los Angeles. Officers opened fire on the suspect and the girl was struck by a bullet that pierced a wall and hit her as she was in a dressing room, police said.