Chicago’s police department is reportedly telling its commanders to familiarize themselves with a plan to shut down the city’s central business district ahead of potential unrest this weekend.

The drastic measure — mentioned in a new internal memo circulating amongst staff — is just an option on the table at this point, according to WLS. Last weekend, violence plagued Chicago’s Loop neighborhood and officers have been ordered this week to cancel upcoming days off “to address current crime patterns.”

“In the event of civil unrest and looting, area deputy chiefs and commanders should identify mobilization points,” the memo reportedly reads, noting that brass should designate special patrols to retail corridors. 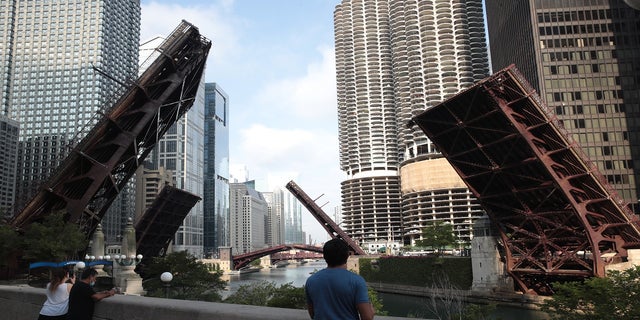 Bridges that lead into Chicago were raised to limit access after widespread looting and vandalism took place, on Aug. 10, 2020.
(Photo by Scott Olson/Getty Images)

Another part of the memo, titled Central Business District Emergency Closure Procedures, explains how the Loop and Magnificent Mile areas could be closed, WLS reports, similar to what was done during rioting and looting that occurred in 2020. The station says commanders are being told to review the shutdown plan.

In the 2020 demonstrations, some of which took place right after the death of George Floyd, the Chicago Police Department raised several bridges that connect downtown areas to the city’s north and west sides so that protesters could not cross.

In this past weekend’s unrest in the Loop neighborhood, two teens ages 12 and 15 were reported shot, dozens of young people flooded the area, fights broke out, police made 21 arrests of youths, a police officer suffered a broken arm, another officer was injured, and a convenience store owner was punched in the face. 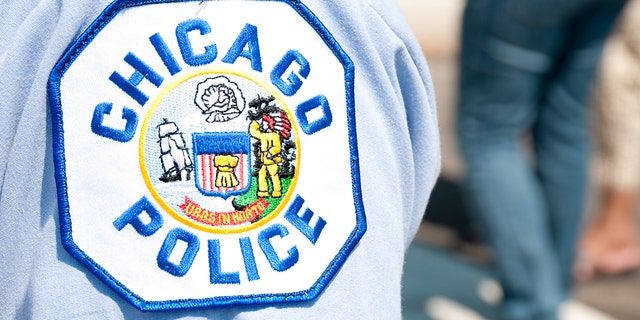 A Chicago police patch on the arm of an officer. (iStock)

A Chicago bus driver also landed in the hospital after he was beaten on the streets that night in the same area, resulting in a 15-year-old boy being arrested.

The social media account likely responsible for pulling together the unruly crowd is now planning a second event for this Saturday, according to CWB Chicago.