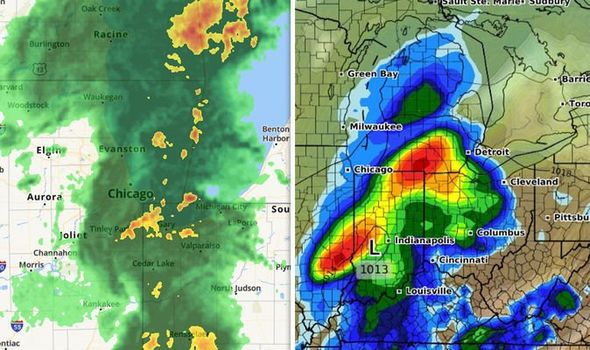 Chicago’s wet weather is set to continue on Thursday as rain began moving through the area around 7am local time. Flash flood watches remain in effect from Thursday morning until 5pm. The US city of Chicago has already had a stormy start to the week, with heavy downpours, lightning and at times hail in parts of northern Illinois.

Floodwaters are currently covering a number of busy roads in the south and west suburbs of the city.

Flood watches are in effect for portions of Illinois and northwest Indiana, including: 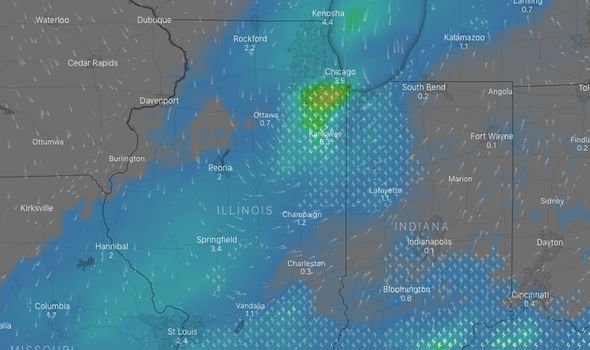 A flash flood watch means that conditions may develop that lead to flash flooding.

Flash flooding is a very dangerous situation and people should be monitoring the latest forecasts and be prepared to take action should warnings be issued.

Weather forecasts are also saying showers and thunderstorms may produce localised rainfall totals of an inch to an inch and a half.

Given that the ground is saturated from the previous heavy rainfall, any additional rainfall may cause flash flooding.

Localised flash flooding and flooding of poor drainage areas will be possible, along with additional rises on rivers, streams, creeks, and retention ponds.

Water levels in Naperville have forced the riverwalk to close down and with more rain on the way, city crews are preparing for more flooding.

The DuPage River, located in Plainfield, is also keeping residents worried as the water levels continue to rise.

Niles and Lisle are dealing similar situations, with several inches of water covering parks and streets. 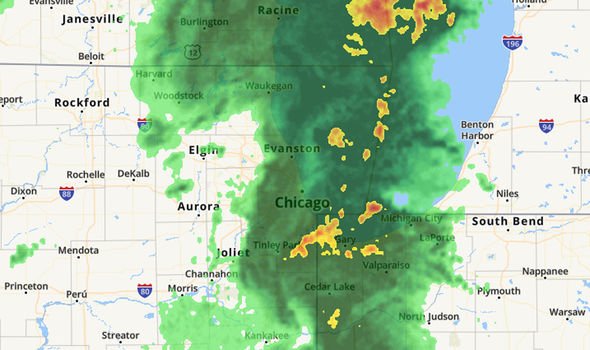 On Twitter, the Orland Park Police Department said they are “still experiencing flooding” on the roadways listed below: