A man who raped and murdered his nine-year-old neighbour could be free in months after winning a parole hearing.

‘Depraved’ killer John O’Shaughnessy, 56, lured Kayleigh Ward to a river bank, raped and strangled her with his belt.

O’Shaughnessy, who who lived in the same hostel for the homeless as the victim and her mother, threw her body in a river.

It was nearly two months before Kayleigh’s body was washed up on the banks of the River Dee, in Chester.

The brutal killing in December 1996 shocked the nation. 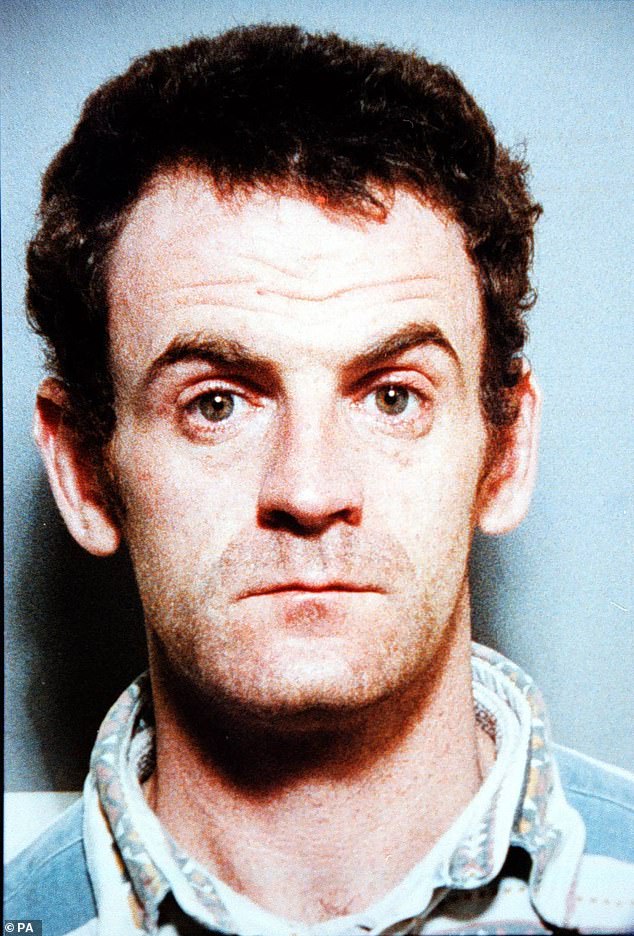 ‘Depraved’ killer John O’Shaughnessy, 56, could be let out of prison as soon as July 2022 after serving 25 years in prison for the 1996 rape and murder of a nine-year-old girl, Kayleigh Ward in Chester

Kayleigh Ward, aged nine when she was murdered, was lured to a river bank by her then 31-year-old neighbour O’Shaughnessy, who fell on her, raped her and then strangled her to death out of fear that she would report what he had done to the authorities 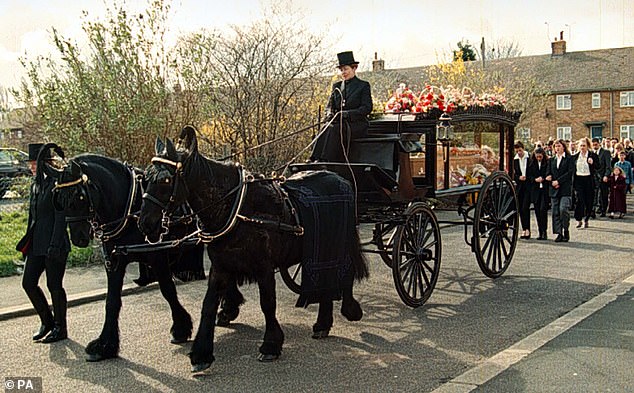 Kayleigh’s mother Yvonne Ward said after O’Shaughnessy’s conviction at Mold Crown Court in North Wales: ‘Our lives will never be the same now that Kayleigh has gone forever, and with the knowledge of the terrible circumstances around her death’.  Pictured: the horse-drawn hearse of murdered Kayleigh Ward

O’Shaughnessy was given a minimum 20-year-term.

A spokesperson for the Parole Board said: ‘We can confirm the parole review of John O’Shaughnessy has been referred to the Parole Board by the Secretary of State for Justice and is following standard processes.

‘A hearing is expected to take place in mid-June.

‘Parole Board decisions are solely focused on what risk a prisoner could represent to the public if released and whether that risk is manageable in the community.

‘A panel will carefully examine a huge range of evidence, including details of the original crime, and any evidence of behaviour change, as well as explore the harm done and impact the crime has had on the victims.

‘Members read and digest hundreds of pages of evidence and reports in the lead up to an oral hearing. Evidence from witnesses including probation officers, psychiatrists and psychologists, officials supervising the offender in prison as well as victim personal statements are then given at the hearing.

‘The prisoner and witnesses are then questioned at length during the hearing which often lasts a full day or more. Parole reviews are undertaken thoroughly and with extreme care. Protecting the public is our number one priority.’

The new hearing will take place before the Parole Board on June 15th.

If the board recommends O’Shaughnessy be released, he could be out on the streets by mid July.

The child killer is currently being held in an open prison and is eligible for day release. This is his third parole hearing.

O’Shaughnessy, then 31, befriended Kayleigh when he and her family were living in the same homeless hostel in Chester.

She was last seen leaving the Blacon hostel in Lorne Street, Chester, to buy chips on December 19, 1997.

Her body was found by a man walking his dog on the banks of the River Dee.

Kayleigh had lived at the hostel with her mum and sister since her family had been evicted from their council house for rent arrears.

The court was told O’Shaughnessy was a ‘drifter and shifter’ who hung around the pubs.

He had arrived at the hostel a few months before Kayleigh with his pregnant girlfriend and her three children from a previous relationship.

O’Shaughnessy met his victim on the way back from the chip shop and persuaded her to take a walk by the River Dee.

He then fell upon Kayleigh, who was barely four feet tall, and raped her.

O’Shaughnessy was one of the most zealous in the search party when Kayleigh didn’t return to the hostel. 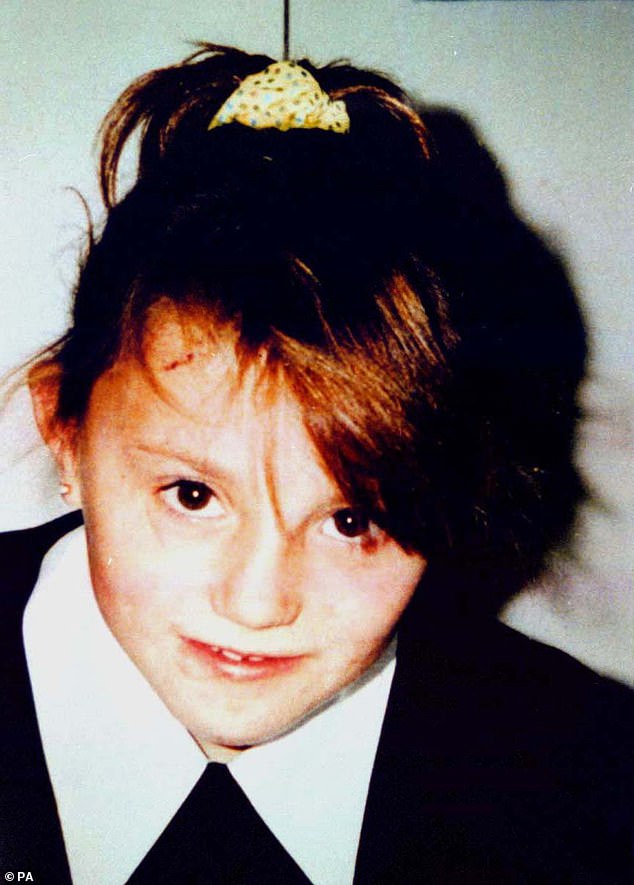 He was interviewed several times by the police but denied any involvement until her body was recovered on 10 February 1997.

O’Shaughnessy then made a midnight call to police to say: ‘I killed Kayleigh Ward.’

The court was told that when police asked him why he had killed Kayleigh after raping her, O’Shaughnessy replied: ‘Because she was bound to have told people what I had done. It was the easiest way out of it.’

Sentencing O’Shaughnessy, Mr Justice Maurice Kay told him: ‘It is difficult to imagine anything more depraved, cruel and cowardly than that.’

He added: ‘There is no crime more horrific than the murder of a child.

‘What you did to Kayleigh Ward was unspeakable.’

From the public gallery, Kayleigh’s mother Yvonne screamed at O’Shaughnessy: ‘I hope you rot in hell.’

Outside the court she said: ‘Our lives will never be the same now that Kayleigh has gone forever, and with the knowledge of the terrible circumstances around her death.’

O’Shaughnessy has spent 25-years in prison.